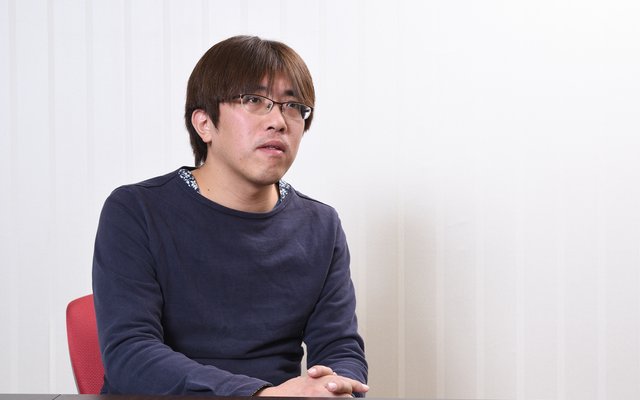 While researching an anime series she has come to enjoy titled Kabaneri no Koutetsujou (Kabaneri of the Iron Fortress), this author was introduced to an important interview with the show’s creator. Araki Tetsuro, who worked on landmark series such as Death Note, was interviewed by Sugoi Japan about his new series in 2017. He began the interview with Otaku Mode with this message to foreign viewers:

Out of all the themes I’ve included in Kabaneri of the Iron Fortress, the most important one is my wish for Ikoma, Mumei, and also the other characters in the series to be loved by the audience. As a creator, there’s nothing that would make me happier.

Anime is something that crosses international borders with ease. Regardless of the country you were raised in, I believe it’s possible for a series to stir the same kind of emotions in all of its viewers. Therefore, I’m sure that fans overseas will love these protagonists as well. Please be sure to check out the series and show your love to Ikoma, Mumei, and all the other characters around them!

I recommend reading the full article through the link offered by Otaku Mode, as it is quite interesting. Mr. Tetsuro touches on a number of important storytelling items in the piece, but the one this author wishes to focus on today is in the letter above. Specifically, she wants to emphasize the part where Mr. Tetsuro says he wants the characters to be loved by the audience.

While I cannot say I always wanted my characters to be the primary item readers found attractive in my work, I can say that this is what I desire most now. If a reader enjoys the plot and worldbuilding in her stories, then this writer will be a happy camper. But if the only thing which readers of her work want to discuss is the characters, then she will be over the moon with joy. Because, future authors, the main point of a tale is to introduce readers to people they will fall in love with and with whom they will wish to spend their spare time.

This is not achieved by making a protagonist “relatable” to the audience. Anyone who has ever spent time in a particular fan group knows that people can and will often appreciate characters with traits totally dissimilar from their own. Spider-Man, for instance, may be one of Marvel Comics’ most popular heroes, but there are Marvel fans who dislike him or who do not find him interesting. They do not necessarily hate him; he just does not appeal to them.

Some may consider Peter Parker/Spider-Man to be too full of angst. Others will consider his popularity and instinctively decide not to join the crowd of his admirers. And others will simply not see or appreciate his charm. That does not make these Marvel fans good, bad, or indifferent; all it means is that they have tastes which means they do not enjoy Spider-Man’s company.

“Relatability” is a much used and abused term in these times. Most audience members fall in love with a character because he or she has something they lack, or which they wish they had more of themselves. This can be anything from good looks to charisma to courage. Whatever the case, it is up to the audience to decide which characters they like and why they like them. 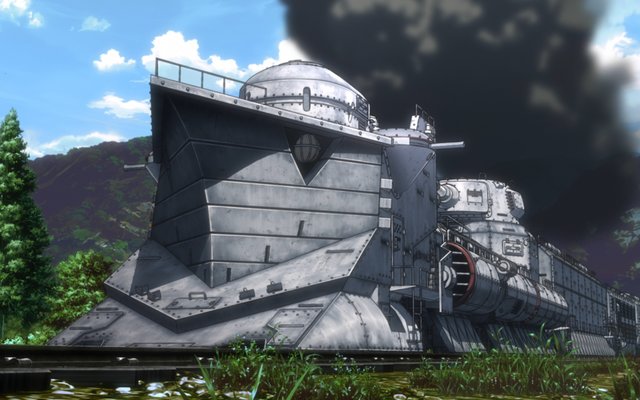 It is the job of the writer to give their protagonists admirable traits which the audience will desire to imitate themselves. Mr. Tetsuro touches on this in a later part of the interview where he describes the hero of Kabaneri, the steamsmith (engineer) named Ikoma: “The moment we become willing to sacrifice our lives without hesitation, we become ‘something significant’ – I wanted to capture that moment.” He then goes on to add: “I’m particularly interested in the moment when a young boy – who’s full of anger towards the world – becomes a hero himself, and I always think about how much I want to work on such characters.”

Self-sacrificial concern for others is an attractive quality. It is what motivates people to admire a war hero who returns from the front after rescuing his fellows. In a moment of crisis which would cause many men to break and run, or simply break, the hero stood in the gap for his fellow man and did something extraordinary. He forgot himself for the sake of others. Rather than say, “Someone should do something” men like this hypothetical hero say, “I have to do something!”

Ikoma comes to this realization five years before Kabaneri no Koutetsujou, when the zombies called Kabane (“undead corpse”) overrun his home station. The typical protocol is to grab what one can and run to the trainyard, where at least one armored train or hayajiro will take refugees of the fallen station to a new one. Of course, the trick is to get there without being bitten and becoming a zombie (Kabane) oneself.

While Ikoma is fast enough to outpace most of the zombies, his younger sister is not. She is bitten and dies, and this drives Ikoma to the realization that simply running from the Kabane and hoping not to be killed or turned into a zombie is counter-survival. No one is willing to help him save his sister because they are too afraid, and he ends up disposing of her reviving corpse himself.

Many men would break almost irreparably after an event like this. And Ikoma himself does break, as he is no longer the boy who lived in a station with his baby sister. Rather, he is a driven man intent on saving everyone he can by devising a method to kill the undead; one which will let him and others stand their ground and fight instead of run, hide, and hope to die a normal human. Having learned the hard way that “someone should do something” often means no one will, he decides that he should do something. And then he proceeds to do it. 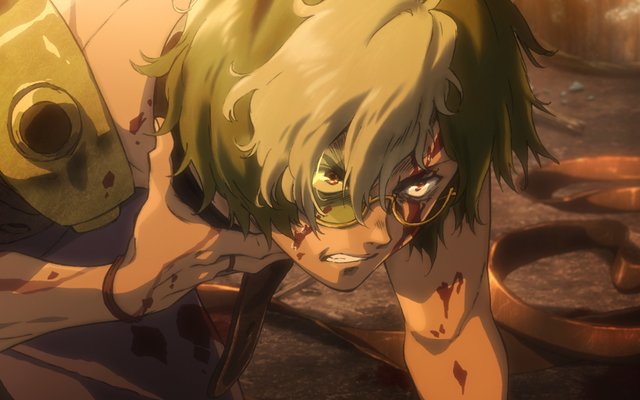 Fellow authors, when you are creating your casts of characters, do not consider “relatability.” Do not think overmuch about hair color, eye color, height, weight, or body shape. This is not what audiences consider most when searching for new fictional people whose company they can enjoy. They do not care if the protagonist likes the same foods, clothes, or stores that they do. They do not care if he is fat, skinny, strong, or weak – not unless these things affect his role in the story in some important way.

Consider the example of Katniss Everdeen, who notes several times in the narrative that she is not particularly big or strong. She does not do so in a whiny or self-absorbed manner but as an explanation of why she cannot fight many of the other tributes in the Hunger Games on equal footing. Living on the edge of starvation in District 12 has made her lean, light, and agile. This gives her certain advantages over the other tributes but also distinct weaknesses. In order to understand her predicament in the story better, we need to know these details. Otherwise, they would be extraneous traits that would add little to nothing to her overall character.

Authors have, on occasion, run into fans who can tell them details about their characters which are not even in the story. These types of fan will often have a different picture of the same character, especially if the author’s description of said protagonist is light to non-existant. One fan will say the hero has blond hair, and that he is tall with blue eyes, while another will say he is of medium height with dark hair and dark eyes. Meanwhile, the bemused and amused writer will wonder how they did not realize the hero had red hair, green eyes, and was of above-average height!

Physical traits are incidental and have little to no bearing on the audience after a point. Readers do not care whether the hero is an elf, a Martian, a human, or a grizzly bear. All they care about is that when the chips are down and “someone has to do something!” the hero stands up and does something. Something right, good, true, and yes, beautiful.

Why do readers want that? Because doing something good, true, and beautiful is the ultimate desire which most every human being harbors in his heart. We want to do something wonderful, courageous, and splendid. And reading about characters that get to do that inspires us in our own struggles, day in and day out. That is all readers truly want out of their fictional heroes. And that is why Mr. Tetsuro’s interview is so important.

Make your protagonists lovable, readers. Mr. Tetsuro did it with Kabaneri of the Iron Fortress, which is a post-apocalyptic zombie series. If he can do it, then so can you.

It certainly wouldn’t hurt you to try, anyway. 😉 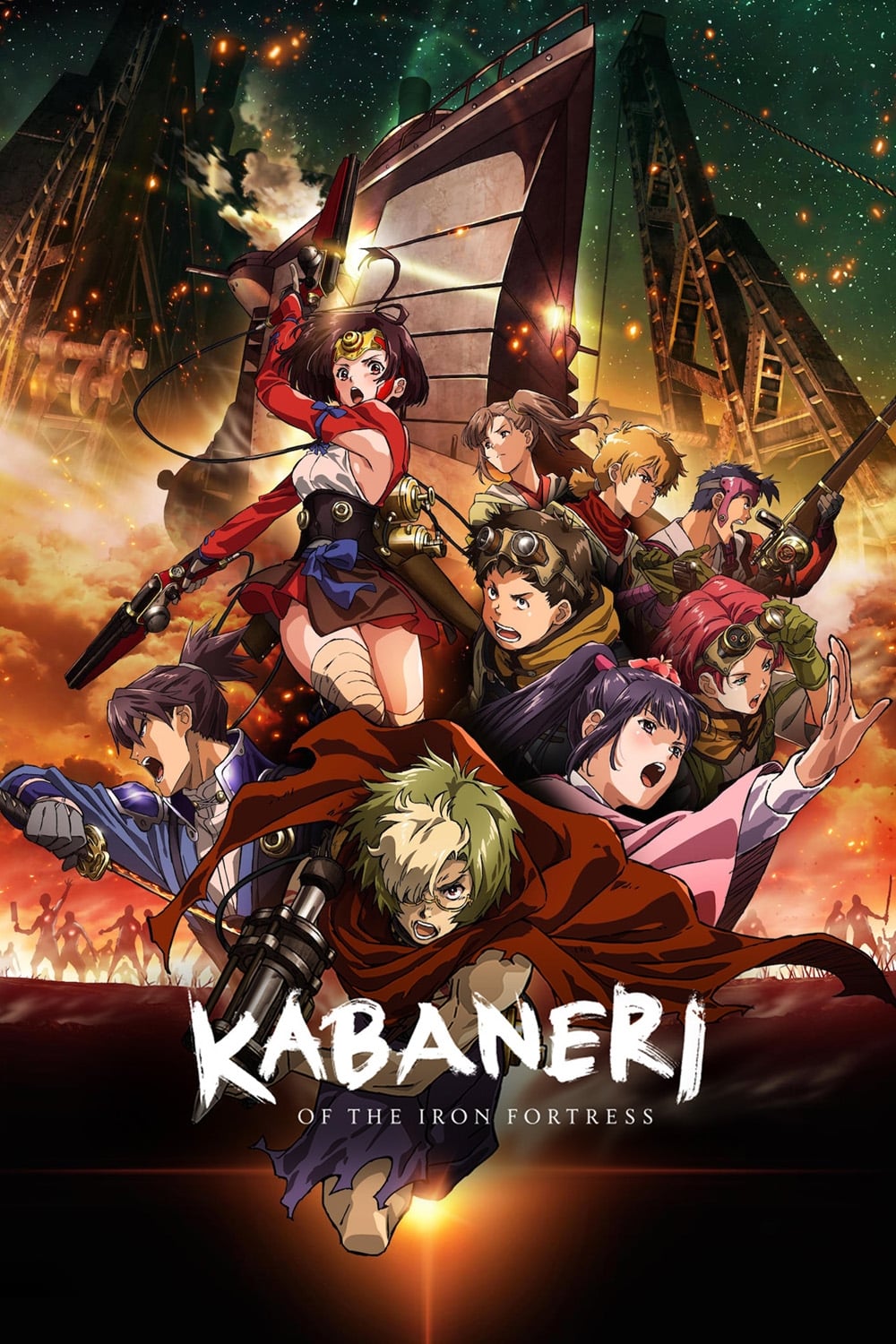