The picture above has a very apt Terry Pratchett* quote attached to it, one which ties back to this post here. In that article I stated that there are some villains who simply enjoy being evil. Not only does this author stand by that point, she wishes to emphasize it once again.

A great many creative writing classes and far too much writing advice insist that authors should make their villains interesting. They repeat platitudes such as, “Every villain is a hero in his own mind,” and/or advise future authors to delve into the traumas experienced by the antagonists in order to “explain” why they want what they want. Or they are told to give their antagonists certain personality disorders to make the villains sympathetic.

I concur with author Declan Finn and consider many of these claims to be little more than methods to excuse human evil. There are plenty of evil people in the real world who not only know that they are doing wrong, they enjoy it. As the saying goes, some people just want to see the world burn.

And those people are boring.

Yes, I said it. Arch-villains are boring, plain and simple. Even the ones that are so well drawn you have to hate their guts are not as interesting on their best day as the heroes who fight against them. Thanos* is far less appealing than Captain America* or Iron Man.* Does he have a magnetic personality? Yes. Is he capable of mesmerizing his audience, in the way that Rudyard Kipling* described a snake being able to entrance a bird in Rikki Tikki Tavi*? Absolutely.

Is he interesting? No.

How many real men just like Thanos has the world seen? Nero fiddled while Rome burned. What is the difference between him and the Mad Titan? Both wanted to rule the world, and when they finally got their throne yet a certain group failed to fall down and worship them, they decided to set their empire ablaze and start over. The only notable difference here is that Thanos was stopped before he could do the deed a second time.

As others have explained, evil is not a creation. It is, rather, an absence of creation. It has no weight, no substance of its own. Like a shadow it requires something created in order to exist. If that being is a living thing capable of action, that means the creature has hollowed itself out in order to serve the Shadow.

There is a reason Gandalf* tells the Balrog to “go back to the Nothingness prepared for you and your master!” Evil is nothing. It cannot create, it cannot make, “it can only mock” as Frodo put it. Who in the world is interested in such a shallow, two-dimensional existence? More to the point, who would wish to encourage such a self-destructive desire in their readers? Certainly not this author, thank you very much.

Does this mean that villains are naturally two-dimensional? When discussing “evil overlords” or “main antagonists” who are irredeemable, I would contend that the answer is yes. You cannot make a shade take on substance; it is not, and never has been, possible. You would sooner collect the ocean in your two hands than you could make a silhouette take on the three dimensions of weight, depth, and perspective.

With respect to writing for or about villains, one has to consider the degree to which they have “hollowed themselves out” so that evil may take their minds and bodies for its own purpose. As the saying goes, there remains a spark of good in even the worst of us. Until the moment a man dies, he has the ability to repent of his past misdeeds, no matter their number or their gravity.

Some fictional villains (and some in real life) do terrible things pursuing something they think is good. Others simply have yet to “see the light” and understand that they are on the wrong track. These are antagonists who can be reached, who can be redeemed, but only if they recognize, accept, and DESIRE redemption. Even God does not force salvation on mankind, individually or as a group. He offers it freely so that man may decide whether he wishes eternal happiness or eternal damnation.

Allow me to cite two examples from Avatar: The Last Airbender’s* first season which illustrate this point. During this season Prince Zuko and Admiral Zhao are the villains pursuing Aang, the last Airbender and the latest Avatar, and his companions. Although they share the position of main antagonist, the two are rivals, and this is well displayed by the differing degrees of evil they perpetrate upon the heroes and innocents who shelter them.

Zuko is chasing Aang in the frantic hope that his abusive, psychopathic father will finally accept and love him. He does not want to rule the world, nor does he desire to burn it all down. Neither is he willing to forfeit his personal honor to get what he desires; despite threatening civilians and doing damage to non-combatants’ domiciles, Zuko does not actively try to hurt them.

This is due to the inner conflict raging within him. Like all mankind, he instinctively knows the difference between right and wrong. He knows there are certain lines that, if he crosses them, going back will be far more difficult than it would be if he simply stopped short and/or let threat(s) remain unspoken in the air. There are prices Zuko is not willing to pay to earn his father’s love, and this is what makes him an interesting villain. Despite not knowing his family history at this point, the disparity between Zuko’s actions and words is enough to make the audience interested in him precisely because he has not completely given in to evil. 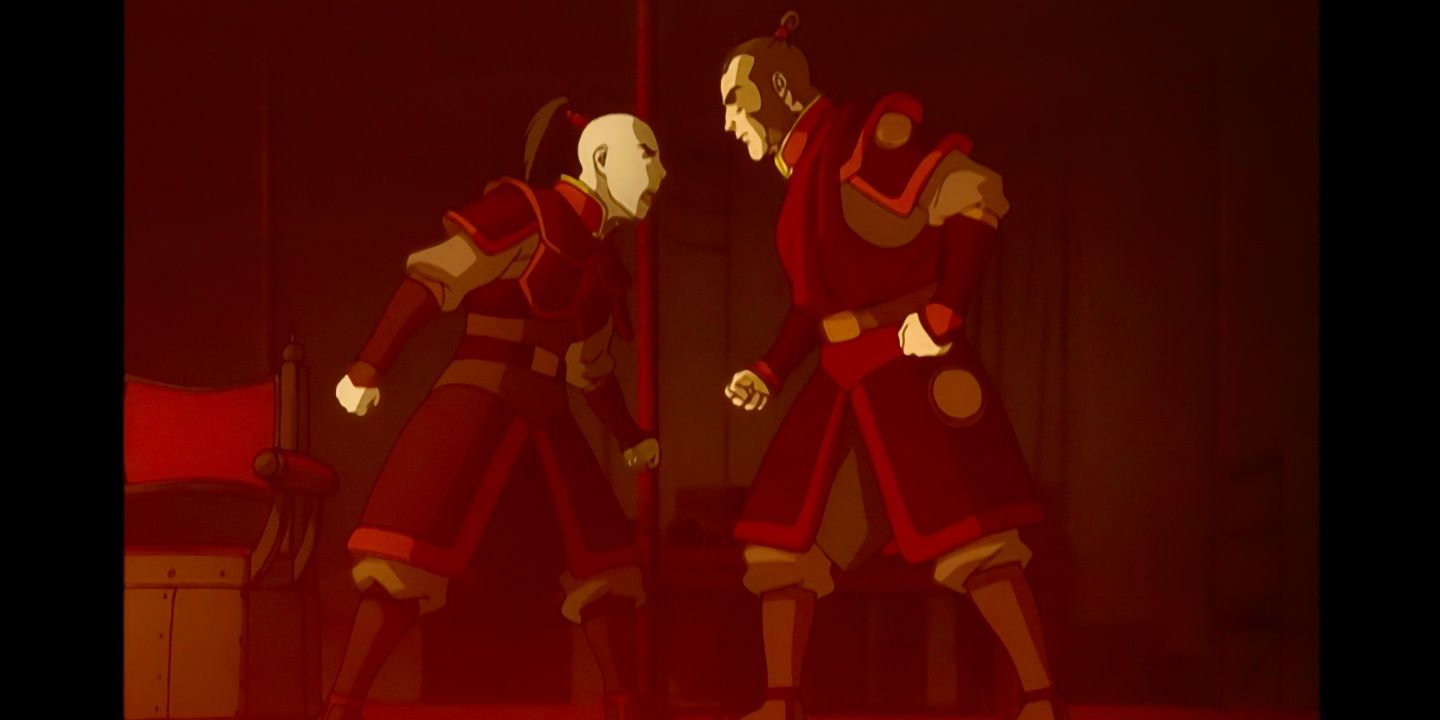 Admiral Zhao, on the other hand, is far less attractive due to the fact that he is willing to go to any length to get what he wants. The man has no scruples, shown when he not only attempts to conscript Zuko’s forces into his fleet, but tries to “shoot him in the back” after the latter wins their first fire duel (known in the series as an Agni Kai). By his actions alone, Zhao proves he has no principles whatsoever. He will do whatever he can to achieve his goal, up to and including cold-bloodedly murdering the exiled, sixteen-year-old Crown Prince of the Fire Nation. He is the epitome of “the ends justify the means.”

This is made blatantly apparent as the season progresses. Zuko’s pursuit has all the hallmarks of a desperate child grasping frantically at any straws within reach, meaning that his most ruthless attacks on Aang and Co. lack the cold calculation and ferocious hunger demonstrated by Zhao. The Prince and the Admiral are both antagonists, but the degree of separation between their evil acts may as well be as wide and deep as the walls of the Grand Canyon.

No where is this better illustrated than in the final confrontation between the two at the North Pole. In an effort to go down in Fire Nation history as their greatest general, Zhao kills the Moon Spirit. This prompts the Ocean Spirit to go on a rampage and lay waste to the admiral’s attacking fleet. Striving to escape the carnage, Zhao is intercepted by a furious Zuko, who engages him in another Agni Kai.

Once the Moon is restored, the Ocean Spirit calms enough to recognize the Fire Nation admiral as her attempted murderer. It grabs Zhao and begins to return to the depths. Rather than stand by and watch his rival sink beneath the waves into the Spirit World’s version of hell, Zuko extends a hand to him. “Take my hand!” he calls.

For a moment, the audience can see that Zhao considers doing just that. Then hatred takes him completely and he pulls his hand back, making it impossible for the Prince to rescue him. Zhao actively chooses his hatred, despair, and pride over the redemption Zuko offers him. He knows what will happen to him; he knows he will die, and he knows the Prince would actively help him avoid that fate. Yet he still retracts his hand.

That is not the behavior of a redeemable villain. That is the act of a madman who prefers to “rule in Hell/Rather than serve in Heaven.”

Future authors, keep this distinction in mind for your villains. Not all antagonists are pure evil, two-dimensional caricatures. Some are trying to find the right way to Heaven; they just don’t realize they have one foot on the path already. A few would like to go to Heaven, but they haven’t yet come to understand that is the desire of their hearts. Others, however, can and will choose Hell rather than accept salvation. 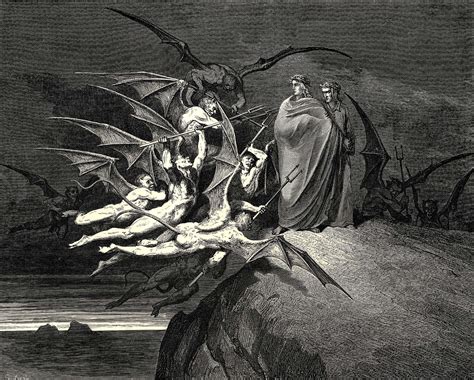 I do not understand this mindset any better than you do. And the sad fact is, to understand it, one would have to choose this path and never turn aside from it, even with his dying breath. God grant us all that lack of understanding, for “It is dangerous to study too deeply the arts of the enemy.” – The Fellowship of the Ring.

The only thing we can understand is that, even in reality, some people prefer and even take pleasure in doing evil. Leaving this knowledge at the door when we write means we ourselves choose evil over good. It is to facilitate the creation of more Zhaos and fewer Zukos.

I know which I would rather have more of in this world. Do you?

12 thoughts on “Further Reflections on Evil”