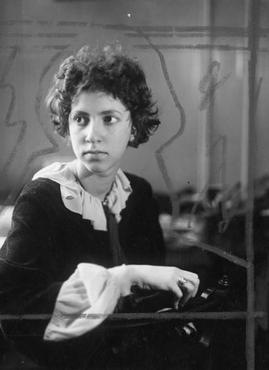 You cannot choose your battlefields,

The gods do that for you.

But you can plant a standard

One of the most pernicious movements of our time may be the idea that artists can change the world. For decades we have heard critics rave about how the latest novel, painting, movie, television show, etc., has or will alter the course of society. In fairness, several of these tales have had a strong impact on our culture. Nor is this to say that stories do not or cannot change the world. They can – just not in the way that the critics would prefer.

Star Wars* and Star Trek* are proof of this. Although Lucas’ blockbuster trilogy had everyone talking, only moviegoers really appreciated the film. Lucas was – and remains – persona non grata in Hollywood, a fact which may have played a part in his poor handling of the prequel trilogy. CBS wanted to cancel Star Trek after its second season. They only relented after fans across the country flooded the studio with letters demanding it remain the air. Even so, the studio cut back so severely on the show’s budget that they could not afford good props in their final season. This was one of the contributing forces which led to the original series’ cancellation after its third season.

What does this tell writers? And what does it have to do with Ms. Nathalia Crane’s poem?

In the first place, it tells us that the critics are not concerned with real change, but only those alterations which serve their purposes. Both Star Wars and Star Trek were revolutionary tales. They reinvigorated the space opera genre and transformed science fiction. Star Wars spawned numerous fantasy and space opera stories throughout various mediums from the 1980s to the present day. Star Trek made filmmakers and screenwriters take sci-fi more seriously than they had prior, which has affected every sci-fi tale told on the small and big screens.

However – and this is the key point – neither Lucas nor Roddenberry sought to “change the world” through Star Wars and Star Trek. Their main aims were to tell good stories that audiences would enjoy. They also hoped, of course, that by doing so they would make enough money to tell more of the tales they wanted to an even wider audience. There is no shame in this; good artists never want to stop creating art, and they need funds to pursue their craft. Hoping to create a good story that will be fiscally successful is natural and good.

Both men were astounded at audiences’ enthusiastic reception of their stories and were unprepared for the outpouring of viewer support they received. While both were fallible, they did their best to keep their audiences happy, in no small part because that was all they had wished to do in the first place. Thus, without actively intending to do so, they altered the course of popular culture and established franchises that set the bar for many artists today.

From this it is clear that an author who sets out specifically to write the next “game-changing” novel, short story, screenplay, etc., is preparing for failure. The critics may love the novel or screenplay. Either or both might make a great deal of money, earning the writer fame (or infamy) and fortune. But neither will have a lasting impact on the culture because they were meant only to speak to the present moment, not to all generations present and future. Though the writer may think this is what he is doing, he is fooling himself. For if he looks closely enough, he will see that the stories which turn the river of culture are not the most ambitious or the most spectacular. They are, rather, the ones that seek to answer the simplest questions of life in an entertaining manner.

Star Wars does this in its reliance on myth. Using the archetype of the lost prince discovering his identity and claiming the throne, it moves the ancient tale to a galaxy far, far away instead of a land forgotten by history. Removed from the recognizable sword and sorcery trappings, the tale of Luke Skywalker has a new, more profound impact than a tale featuring medieval knights and magicians would. And, as Nichelle Nichols has said, the original Star Trek series is a twist on the traditional morality play. Using the archetypes presented in C.S. Forester’s Horatio Hornblower series as well as the pioneer spirit of America’s Old West, the adventures of the Enterprise crew have a more exotic texture than they would if they were set in either location.

For wherever man goes, he must face the same questions with which his Ancient and Medieval forebears wrestled. The more things change, after all, the more they remain the same. What was wrong a thousand years ago is wrong now, just as what was right a million years in the past is still right. Whether they can articulate this fact or not, people today know this instinctively. By tapping into this intuitive knowledge in order to point a way forward, Star Wars and Star Trek won the hearts of millions of viewers, gaining fan bases that have lasted for decades.

By this circuitous route, we return to Ms. Crane’s poem. It is a brief piece, one that speaks of man’s conflict with himself and forces he comprehends only dimly. It also notes that a man cannot choose his battles. At least, he cannot decide upon them all; some are thrust on him by outside circumstances or the choices of others. Caught up in such a maelstrom of chaos, what can a man do? He “can plant a standard/Where a standard never flew.”

An author cannot write with the idea of altering culture and succeed in such a hubristic endeavor. Man is a fascinating creature beloved of God – but he is not a god himself. His will is not supreme, nor can it be exerted on forces outside his domain. Just like the mountains, deserts, oceans, and storms, an individual man has little to no ability to instantly exert control over culture – his own or another’s. To think he does is the height of folly.

Does this mean that prospective fiction writers ought to give up dreams of writing the next Star Wars, Star Trek, or Harry Potter*? Only if they adhere too closely to these materials or seek to emulate them for their own aggrandizement should they reassess their views and their writing. An individual alone cannot “change society” by writing a book with that aim. It is, to put it bluntly, impossible.

But an individual who wants to write a good story, who wants to “plant a standard/Where a standard never flew,” has a much better chance of doing just that. Write with an eye to creating a good story, future writers. If you do that, then you may just find the success others have been looking for their entire lives.

*These are Amazon affiliate links. When you purchase something through them, this author receives a commission from Amazon at no extra charge to you, the buyer. And, if you want to check out some novellas that were game-changers in their own time, pick up Leigh Brackett’s Eric John Stark series from Cirsova Publishing:

Speaking of purchases, Organic Ink, Volume 2 will cease publication in two short days. If you want to add this poetry anthology to your e-book or paperback book collections, then now is your best chance to do so!