Learn more through the link, readers! 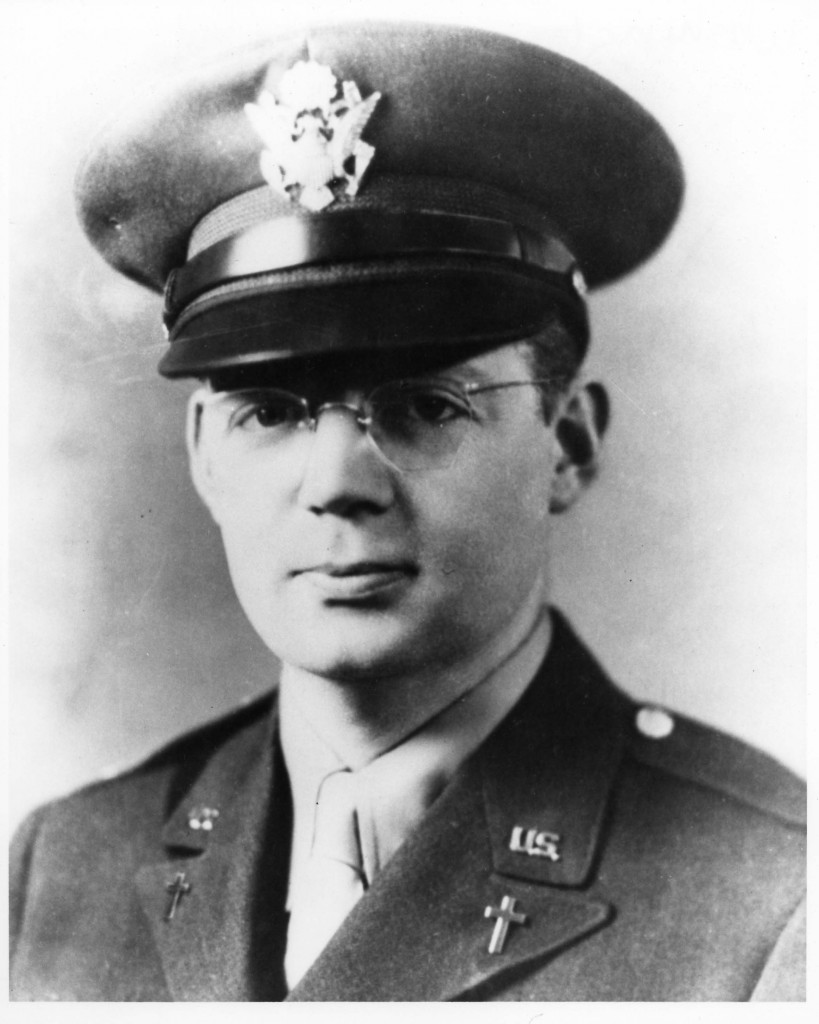 No Greater Glory: The Four Chaplains and the Sinking of the USAT Dorchester

In the early morning hours of 3 February 1943, First Sergeant Michael Warish nearly gave up hope as he floated helplessly in the freezing waters of the North Atlantic.  Just minutes earlier, he and the almost 900 others aboard the USAT Dorchester were near safe waters when a German torpedo slammed into the engine room.  Soon, the Dorchester began to slip under the waves.

Warish accepted his fate, fully aware that life expectancy in these cold waters was about twenty minutes.  Surrounded by hundreds of his equally doomed shipmates, the blinking red lights of their life preservers reminded him of Christmas lights.  Other than a burning sensation in his throat from swallowing oil-fouled salt water and some minor pain from wounds suffered when the torpedo hit, he mostly felt numb.

Resigned to losing consciousness and freezing to death shortly thereafter, his thoughts turned to the courageous and selfless acts of the four Army chaplains he witnessed just before abandoning ship.  These four chaplains, according to Warish and other eyewitnesses, remained calm during the panic following the attack, first distributing life preservers and assisting others to abandon ship, then giving up their own life preservers and coming together in prayer as the ship disappeared beneath the surface.

The story of these four chaplains, a Catholic, a Jew, and two Protestants, stands out among the countless stories of commitment and bravery that make up the pantheon of the U.S. Army, as one of the finest examples of courage to God, man, and country.  Each, John P. Washington, Alexander D. Goode, George L. Fox, and Clarke V. Poling, was drawn by the tragedy at Pearl Harbor to the armed forces.  Each wanted more than anything else to serve God by ministering to men on the battlefield.  Each felt great disappointment at being relegated to service in a rear area, in this case the airfields and installations of Greenland.  Yet, each, when the moment came, did not hesitate to put others before self, courageously offering a tenuous chance of survival with the full knowledge of the consequences.