While there may be nits to pick in this piece, it is something worth considering, readers. At the very least it could come in handy for your next story – the consideration of Civilization, Barbarism, and Tribalism is quite interesting. The author makes some good points. 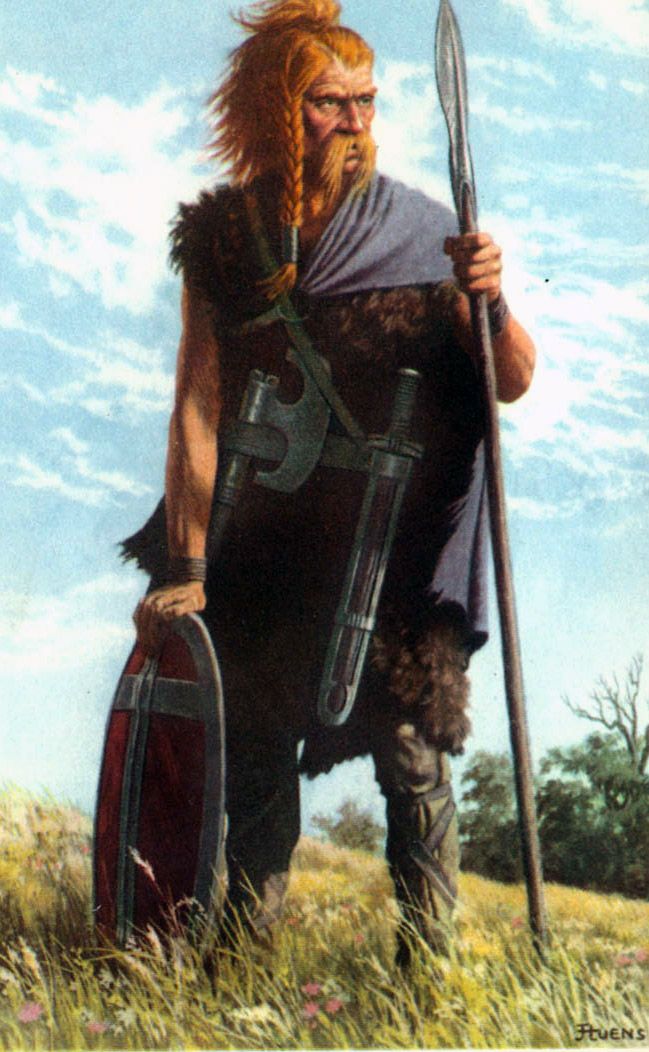 In studying history, there are three general, and quite distinguishable levels of culture we can identify. Our own we naturally call “civilized” or “civilization,” with the implication of “completely matured and fully developed.” It happens to be as far as cultures on this planet have gone; what the fourth, fifth, nth levels of culture may be we can’t guess, of course. But judging from history, we can make one pretty high-probability guess—the next stage of development will yield a cultural system that will appear, to us, utterly abhorrent—a system founded on Evil and practicing degradation and repellent immoralities.

That’s the characteristic of every level so far . . . as seen from the immediately preceding level.

To define what I mean by the three so-far known levels, I distinguish Tribal, Barbarian, and Civil cultures; the natives of the three we call Tribesmen, Barbarians, and Citizens. Preceding all three is the preorganized culture level of the “primate horde”—the sort of quasi-organized group found among baboons and monkeys, in the present time.

The Tribal culture—in its never-actually-existent theoretical pure state—is a system of pure ritual and taboo. “Everything that is not forbidden is compulsory.” The objectively observable system stems from an unstated philosophy—which is unstated because the Tribesman doesn’t know philosophy exists, any more than a dog knows logic exists, or a fish knows that biochemistry exists. The philosophy is, essentially precisely that of the Absolute Totalitarian state . . . minus the familiar dictator. That is, in the Tribe, the individual exists for the service of the state. The individual has no value whatever, save as a replaceable plug-in unit in the immortal, ever-existent machinery-organism of the Tribe. No individual exists as an individual—neither Tribal king nor Tribal slave; each is a unit plugged in—temporarily, for all these units wear out and are discarded in a score or two of years—to the eternal Traditional System of the Tribe. The cells in a living organism wear out and are discarded; the organism is, relatively speaking, immortal. So, in the Tribe, the individual is nothing; the Tribe is eternal,

In return for a practically absolute loss of self-identity, the Tribesman is rewarded with security and peace of mind. The Tribal Traditions have The Answers to all possible real problems; nothing can happen that the Tribal Traditions, in their ancient and time-tested wisdom, have not already solved. There are no doubts; there are answers which involve “these tribesmen must die,” but Death is not intolerable. Uncertainty—Doubt—these are the Terrors that live in the Unknown. And against those horrors, the ancient wisdom of the Tribal Traditions stand a strong, sure defense.

5 thoughts on “Thoughts on Civilization, Barbarism, and Tribalism”