Check out these great pictures of a mother squirrel and her babies, readers! 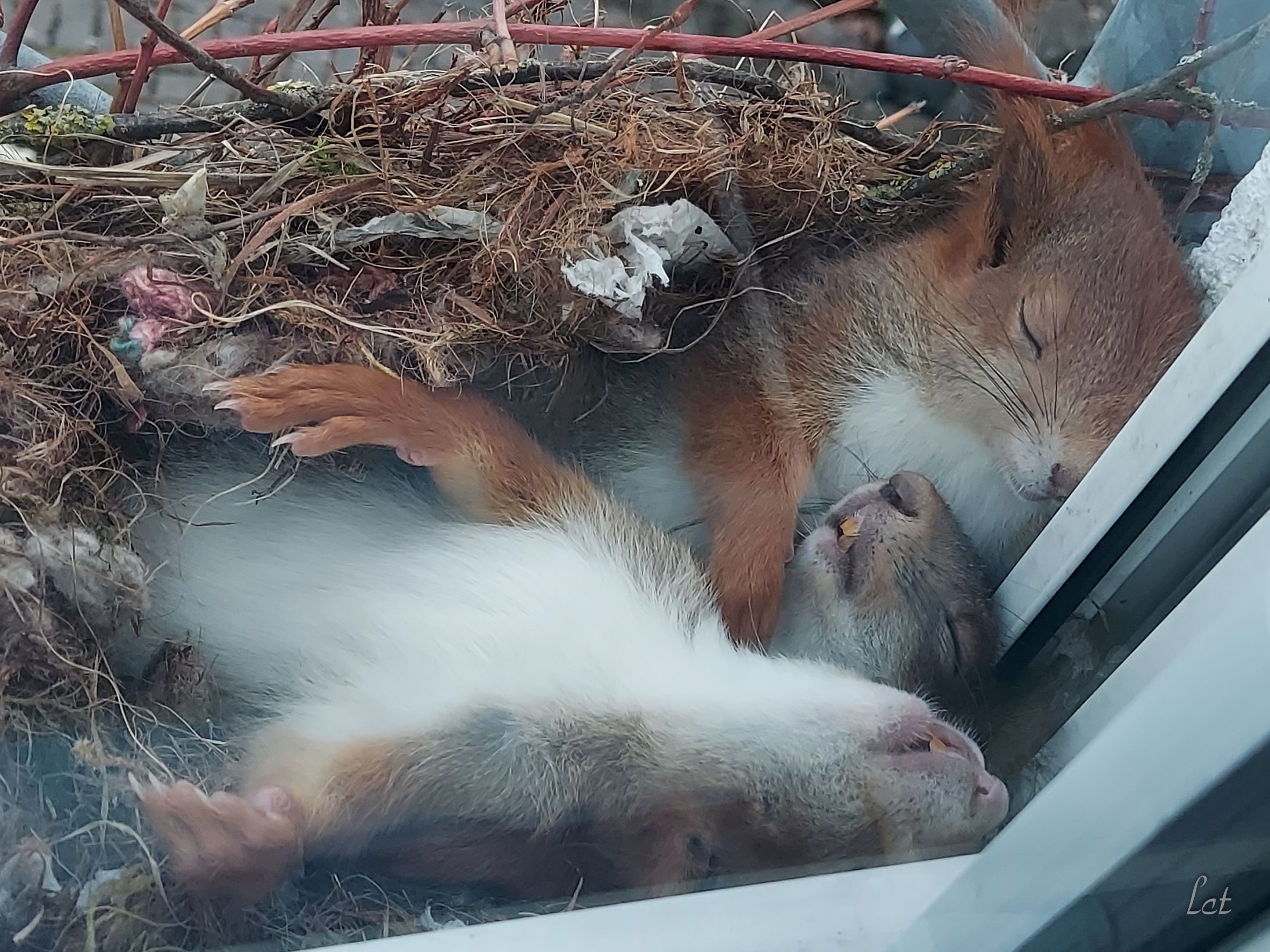 Amateur German photographer Ludwig C. Timm snapped the most adorable images of squirrels sleeping after they moved in right outside his own home.

At first, Timm and his wife noticed just a few small twigs appear outside their bathroom window. But as time went on, the little pile grew, and it became clear a furry family was setting up house.

“We thought the wind was blowing the twigs onto the windowsill,” Timm, 62, told The Epoch Times. “Then it became more branches, moss, grass.”

The couple became fascinated when they spotted a female squirrel busily building a nest on the ledge, safely held in place by a railing. A few months later, three tiny squirrel babies arrived.

Cohabiting in such close proximity meant that the Timms got to see the daily comings and goings of their lively neighbors. So as to observe without disturbing them, Timm, a former judge, set up an automatic camera on the windowsill.