X may not mark the spot, but that does not mean there is no treasure there! Learn more through the link, readers: 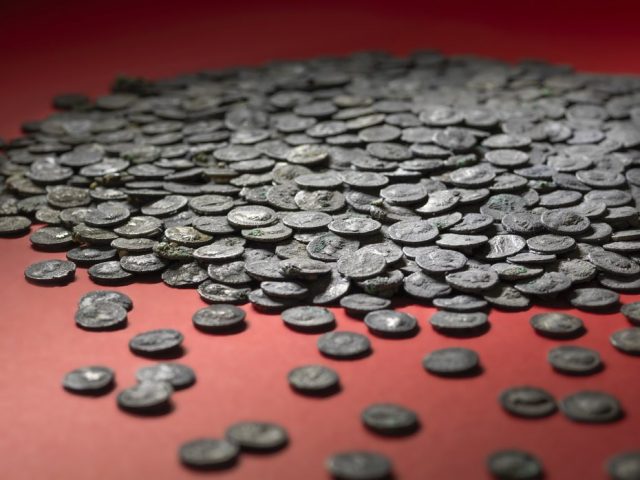 A hoard of more than 5,500 silver coins dating back 1,800 years to the Roman era have been uncovered along a river in Augsburg, Germany. The coins are said to have originated during the reign of three high-profile emperors.

In an email to Live Science, Stefen Krmnicek, a professor of ancient numismatics, said the coins are made from “denarii, the standard silver denomination” during the 1st to the early-3rd century A.D.” The total weight of the find is approximately 33 pounds, making it the largest hoard of Roman silver ever discovered in Bavaria, Ancient Origins reports.

The coins were found earlier this year during the excavation of a site near what once was the earliest ancient Roman base in Bavaria. Sebastian Gairhos, director of the Archaeological Service of the City of Augsburg, said it’s likely they weren’t buried at the location at which they were found and likely moved along an old Wertach river during a flood event.

“We have just started cleaning and studying the material,” Krmnicek added in his email to Live Science. “The youngest coin of the hoard was minted at the beginning of the 3rd century [A.D.], thus dating the deposition of the hoard in the early 3rd century. We currently hypothesize that the hoard was buried in the 3rd century outside the Roman city of Augusta Vindelicum, near the Via Claudia Augusta [a Roman road] running there.”