If you have not heard the famous Sabaton song about Witold Pilecki (titled “Inmate 4859”), then the quote heading this post will not make sense for you. The article below has more information on Mr. Pilecki, who certainly was a hero by all accounts, but the Sabaton song is also worth hearing. You can click the link here to play the song, readers. 😉

For now, follow the link to learn more about this nigh-forgotten hero: 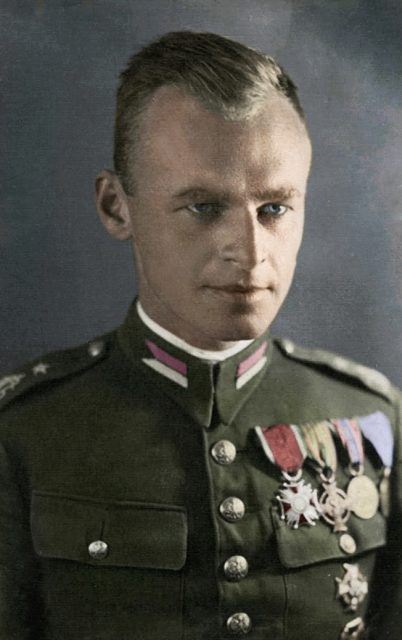 Witold Pilecki: The Inspiring Story of the Polish Spy Who Took on the Third Reich

Like many of the heroes of the Warsaw Uprising, nearly no one in the Anglosphere has ever heard of Witold Pilecki, a deeply Catholic member of the Polish resistance.

However, his heroism is inspiring far beyond his actions during the largest single act of Polish resistance to the Nazi regime.

When we speak of resistance against the Nazis by occupied nations, we speak almost exclusively of the French and sometimes of the Dutch.

Rarely mentioned are the Poles, despite the fact that they had a functioning government in exile coordinating with an underground government on the ground with its own military arm, the Polish Home Army.

As part of his duties in the Polish Home Army, Pilecki volunteered for service as a prisoner in Auschwitz so that he could gather intelligence. This made him one of the first people to report on Nazi atrocities during World War II.