They just keep popping up! Click the link to learn more, readers! 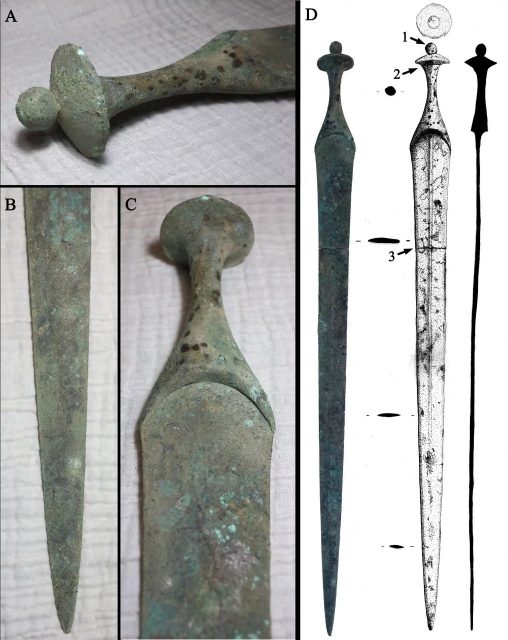 Archaeologists with the University of Granada have released more information about the 2019 discovery of a Late Bronze Age sword on the holiday island of Mallorca. The findings will be published in the upcoming volume of the Journal of Archaeological Science: Reports.

The September 2019 excavation was led by Pau Sureda of Incipit-CSIC and done with the assistance of the University of Granada, the Archaeological Museum of Deià, and the University of the Balearic Islands. According to reports, the team was preparing the Serral de ses Abelles talaiot for a museum site when two archaeologists moved a rock and discovered the sword sticking out from the ground.

Talaiots are tower-like structures built by the Talaiotic people, whose culture flourished on Majorca and Menorca between 1,000 and 6,000 B.C. The Serral de ses Abelles talaiot overlooks the Puigpunyent valley in Mallorca, and is said to have once been linked to a large settlement that has since disappeared.

According to scientists, this specific site dates back to the 8th century B.C. Excavations first began in 1959, after archaeologist Guillermo Rosselló-Bordoy suggested the talaiot had been hollowed out by fire, a claim later confirmed via radiocarbon dating.

One thought on “Another Ancient Sword Discovered!”