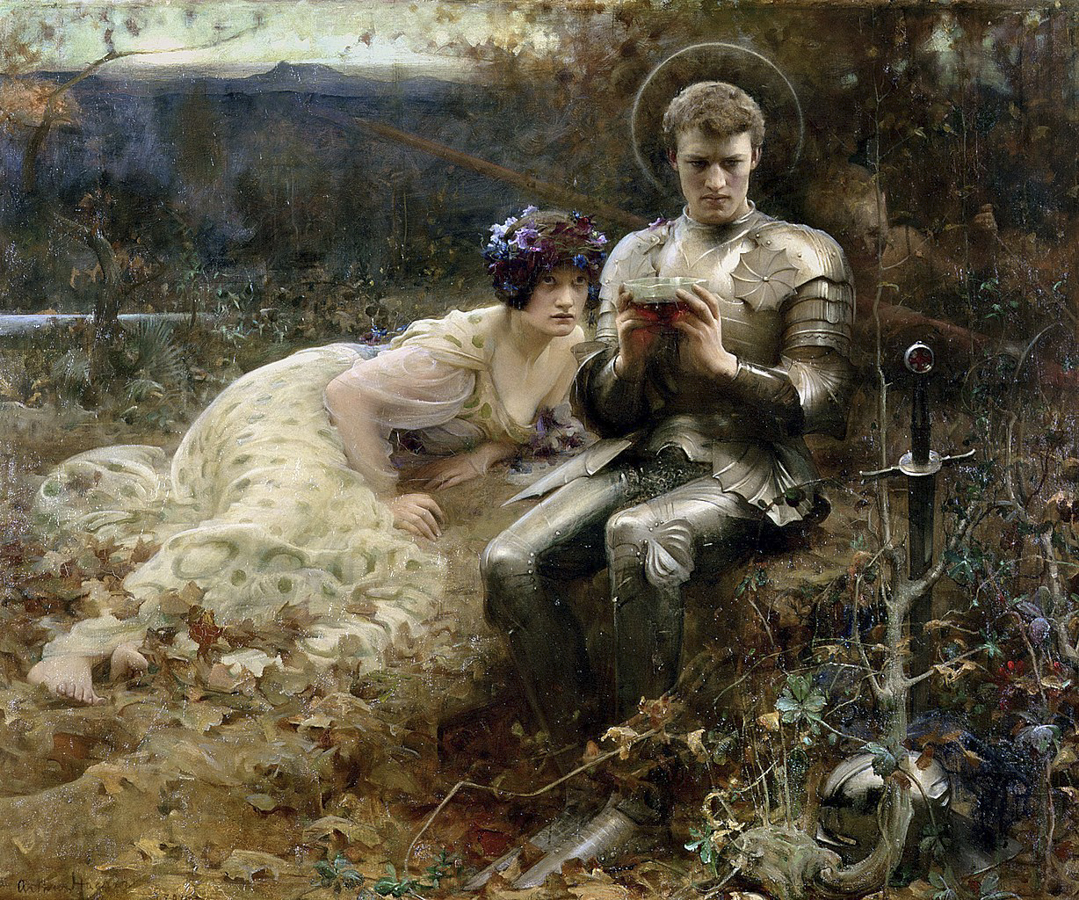 A Gentle Reminder to Think Righteously: ‘Temptation of Sir Percival’

Achieving great things often means passing great tests. Our tests frequently deal with overcoming some type of hardship, and some of our greatest hardships are those in which our character is tempted.

The “Temptation of Sir Percival,” a work by English painter Arthur Hacker, depicts a moment of temptation from the book “Le Morte d’Arthur” (“The Death of Arthur”) by the 15th-century English author Thomas Malory.

There is a point in the story where Sir Percival loses his horse and is given another by a mysterious woman. He mounts his new horse and rides it until, after praying to God for safety while crossing a river, the horse reveals itself to be a fiend, which dies in the water. Realizing how close he was to being led to destruction, he prays to God to protect him from temptation.

Back on foot, Sir Percival walks into a valley where he sees a snake fighting a lion. The knight, believing that the lion is the more righteous of the two animals, slays the snake. The lion shows its appreciation before leaving Sir Percival alone again.