You thought I would review only one issue of Cirsova, correct? Guess again, readers! Since she was curious about the story on the cover, this author decided to pick up the 2019 Spring Issue some time ago. It was a good decision. Since Halloween is approaching, I thought revisiting this issue of Cirsova would be a good idea.

Some of the stories contained herein were not to my taste, but that will occur with any collection. There were enough tales of the weird, wild, and macabre to make the issue enjoyable. Here is the description for the issue, readers:

We will start with “Young Tarzan and the Mysterious She.” I found this short story engaging and intriguing. Though I have yet to crack open the original Tarzan books*, having read Louis L’Amour’s* adventure stories set in exotic locales, it was not difficult to settle in to the rhythm of this tale. “The Mysterious She” reminded me, in some ways, of L’Amour’s “Diamond of Jaru.” Though the most popular Western writer of the 20th century spent more than enough time in the tropics to come up with that story on his own, one has to wonder if he echoed Burroughs when he wrote that and other like-minded adventure stories.

There are few similarities between the tales themselves, of course; L’Amour didn’t rip off Edgar Rice Burroughs’ work. “The Diamond of Jaru” is a tale of civilization vs. barbarism, while “The Mysterious She” shows Tarzan barely recalling what the former means. But we writers are as much a product of our times as anyone else, and I found the familiarity of this episode in the issue more than a little comforting. Thanks, Louis. 😉

Kenneth R. Gower’s “The Idol in the Sewers” was a fun romp. I enjoyed this story a great deal, not least for the worldbuilding in it. Though most of the adventure takes place in the claustrophobic, titular sewers, there is more than enough action and characterization to make the trip worth that sense of constriction and encroaching doom. As a first foray into fiction for Mr. Gower, I found it a great read and would happily look up more works by him. 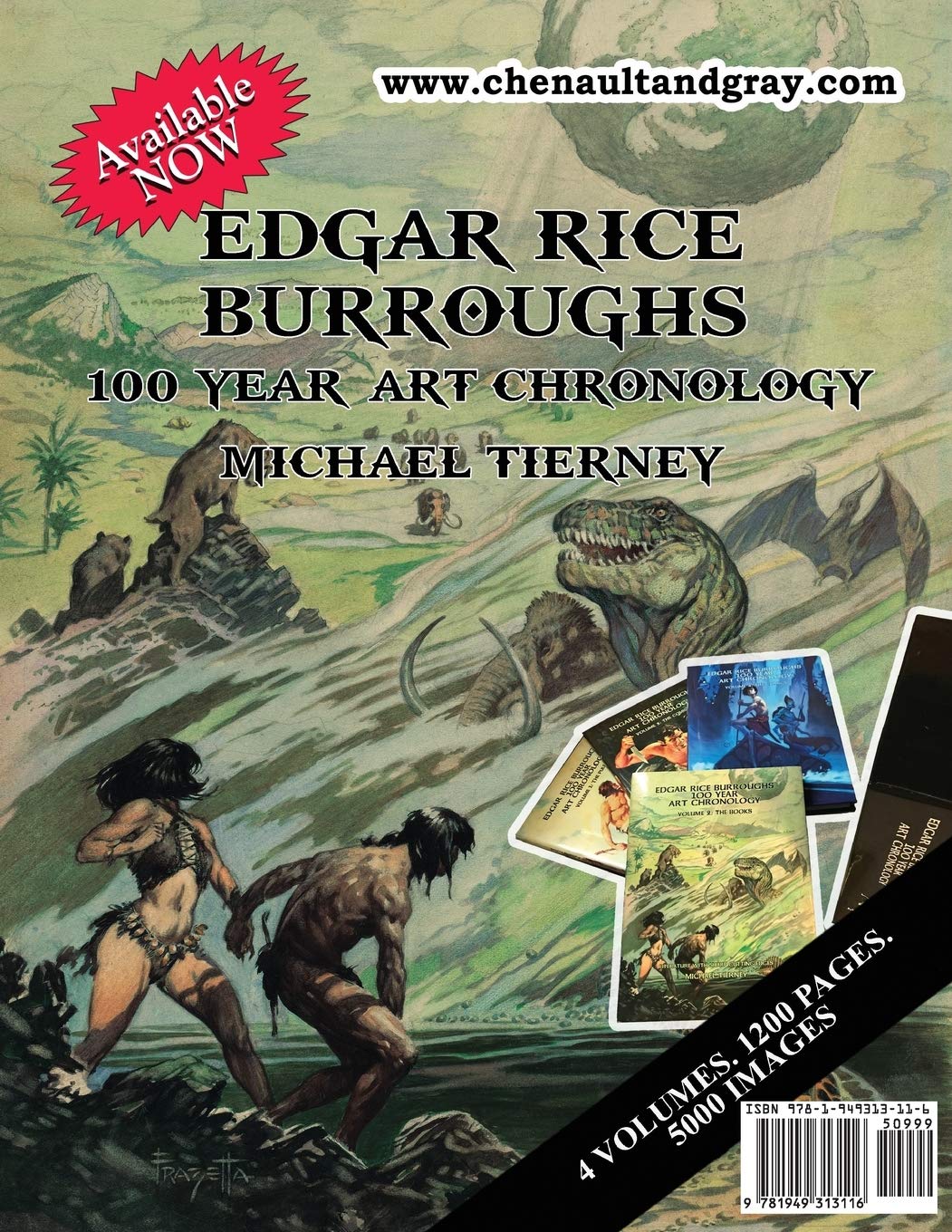 “The Book Hunter’s Apprentice” was a pleasant read. I liked the setup and the characterization, as well as the twist near the end. The horror aspects – the house of the dead who cannot really die, only live as their bodies fall apart – was nicely handled. So was the method of defeating the curse in the finale.

Barbara Doran’s understanding and use of Chinese culture also made the story memorable. Her grasp of Chinese magic, along with the application of it, to the problem was intriguing. Since this author doesn’t read xiansia or cultivation stories, the setting was exotic enough to make her feel like she had stepped into another world.

I do not say, of course, that “The Book Hunter’s Apprentice” is of the xiansia or cultivation mold. That may be the case, but I am not conversant enough with that type of fiction to be sure. The only reason I mention it is to explain the lack of familiarity I have with it. Chinese magic and its applications are new to me, making this story more entertaining than it might have been otherwise.

Xavier Lastra’s “The Elephant Idol” was a memorable horror piece set in another world. After “The Mysterious She,” I would say it was the highlight of the issue. The story follows a blind thief into the theater as he sets out to steal said idol from a famous actress. In doing so, however, he unleashes a hellish fate upon everyone in the building, leading to a harrowing adventure in the pits of the devil’s abode.

Making the protagonist blind is an interesting trick, as it prevents him from seeing everything directly. He has to use his hands and his wits to figure out what has happened as well as how to end the curse he unwittingly let loose. It makes the descriptions that much more impressive, since the character is describing a layout he has memorized and/or things he has touched, in order for the reader to have an idea of what he is “seeing” while the tale progresses.

Lastra’s prose is excellent, and his storycraft is quite good. The finale has a twist one does not anticipate, and the horror here is bone-deep. If “The Mysterious She” is not enough to convince you to pick up this issue, then let “The Elephant Idol” be your reason to give it a shot. It is worth reading!

Next is “Seeds of the Dreaming Tree.” This story is highly reminiscent of Indiana Jones* and is a worthy adventure. The world is different from our own but just close enough to the 1930s or ‘40s that you can see where Mr. Thompson got his ideas for the setting. The Dreaming Tree itself is a fascinating concept and I hope the author visits this world again in other adventures. I would like to see what else he has in store for this fantasy world!

Finally, there is the Mongoose and Meerkat episode. “The Valley of Terzol” is a tense trip into the jungles as Mangos and Kat guide a client to the ruins of the city of Terzol. Their patron is a slimy character, to be sure, but his gold is good enough that the two mercenaries will put up with him. And the river full of crocodiles. And the assassin the man’s former employer sent after them.

Dealing with the giant snake was their own idea, though.

Well, readers, I hope you like this overview of Cirsova Magazine of Thrilling Adventure and Daring Suspense: Vol. 2 No. 1 (Spring 2019). Remember that you can purchase it in paperback* as well as ebook format. It will make great Halloween reading, and if you know anyone who would like to receive it for an October birthday, then now is a good time to purchase it.

Don’t wait. Buy the 2019 Spring Issue of Cirsova Magazine today while you can! You don’t want to miss these stories, readers!