I hate writer’s brain cramp. It makes getting posts written a real pain. My Writerly Sound Bites series is on hiatus once again this week, readers, due to other pressing work. Hopefully I will be back soon – I do have plans for more pieces on this subject. Unfortunately, this week and possibly the next will not allow me to make use of those plans.

Thus I leave you with this piece by J.D. Cowan, where he discusses, justice, the vigilante, the anti-hero, and heroism itself. It is a good piece and you will want to keep it close for future reference: 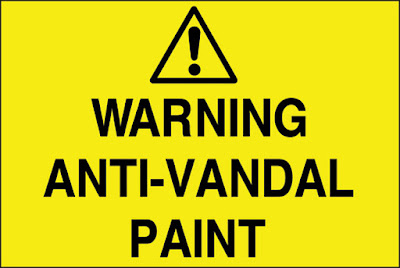 A long time ago, we actually liked each other, for the most part. Societies run off people who have to like each other on some level, after all.
Back then, we liked to read and watch stories about normal people just like us who strove to be the best (or those who fell apart under the influence of darker forces) and watched in nail-biting tension wondering if they would survive their ordeals intact. After all, they were just normal people like you or me. All we wanted to do was see them survive, just like we hope to get through our trials in life. Stories reaffirm our love of life and existence and adventures stories were made specifically for this very purpose.
Which is why it is detestable that the mainstream art and entertainment landscape is so abysmal these days. Everything has been flipped on its head, and turned around backwards. And we celebrate this subversion as if it’s a good thing. Storytelling has been vandalized and we refuse to clean the graffiti off despite knowing how dirty and soiled our monuments have gotten. Now we are at another crossroads: do we let our art die, or do we fight for something better than the status quo of misery? One thing is for sure, and that is that the path we are on leads to nothing but a cliff into bottom of jagged spires. We’re going nowhere worth going.

So I would just like to say this right out. There is no point beating around the bush when we all know part of the issue that’s in plain sight, and I don’t like to waste time.

Antiheroes are a plague on storytelling, and people who swear by them do no understand heroism whatsoever. Catering to this crowd has obliterated adventure as a genre. This is a truth that should be obvious to anyone who has been paying attention over the years.
Back in the 1990s, there was this trend we called Edgy. What it was was simple: the constant danger and harshness of existence is too much and so overbearing that it will even overwhelm so-called pure heroes and drag them into the darkness. This means that in order to win against evil, only the most vicious opponent will win by any means necessary. You must be evil in order to comprehend evil (which is probably actually just a misunderstood victim that the true evil people, “good guys”, created) or you will lose. You must stain your soul, otherwise you are no better than an ignorant paladin saying prayers to some useless god who probably doesn’t exist don’t think about it too hard. Doubt it if you want, but then ask yourself when the last time you saw a paladin character in the mainstream that wasn’t a hypocrite or stupid. This wasn’t always the case, either, but we let it become mainstream and it ruined the concept of heroism.
Read more….