Or it was, rather. Take a look at this article to learn more, readers. Unless you prefer to avoid the topics of arachnids, insects, and “land lobsters” that is! 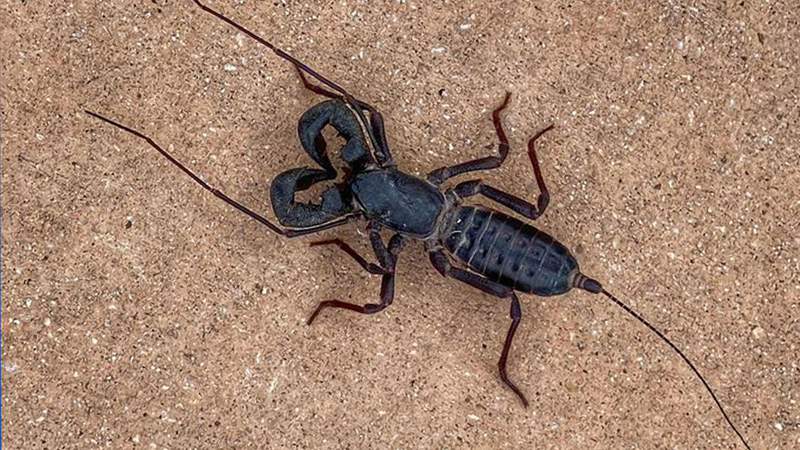 Park officials posted a photo of a vinegaroon, or as Houston Chronicle reporter Abigail Rosenthal called it – a “land lobster from hell,” saying they’re coming out in search of food.

Recent rains are responsible for the vinegaroon sightings, according to park officials, who said the creature shoots a “well-aimed spray of 85% acetic acid (vinegar) from the base of their ‘whip’ to protect themselves.”

Because of that whip, they’re commonly called whipscorpions, although they’re not related to scorpions and don’t have stingers.

According to the Texas A&M Agrilife Extension, the vinegaroon spray is not considered poisonous to humans but these arachnids can pinch with their “heavy mouthparts.”