They might come – if we can get off Earth in a decent timeframe. Until then, sci-fi writers, take a gander at this idea for a Martian city! 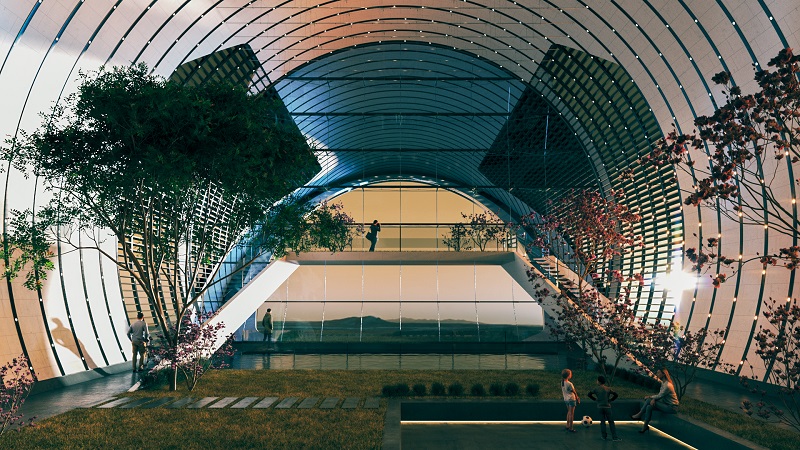 See the Wild Plans for Nüwa, a Proposed City on Mars Built Inside a Giant Cliff

Despite being able to land rovers on Mars and fly helicopters there, it seems humans are still somewhat far away from actually setting foot on the red planet. But for an endeavor as unprecedented as colonizing another planet, you have to dream big—and plan ahead. That’s what an international team of scientists and other experts are doing, and they’ve come up with not just a design, but a full-fledged plan to build the first Martian city, complete with sustainable housing, food, transportation, and energy.

Described in a paper published in March, the city is the brainchild of architecture firm ABIBOO Studio and a multidisciplinary group of space experts from academia and the private sector called SONet (short for Sustainable Offworld Network). The Mars Society solicited plans for a Martian city in 2020, and this design, called Nüwa, was one of several finalists. A video that looks like it could’ve come straight out of a Hollywood sci-fi movie gives a glimpse of the design.

Nüwa would be the capital in a design made up of five linked cities, each housing 200,000 to 250,000 people. Nüwa’s location, Tempe Mensa, was chosen because its geography will act as a natural shield from radiation; the area contains an expansive mesa bordered by tall sheer cliffs, and the idea is to excavate those cliffs and build the city inside. The location and design would also give residents indirect access to sunlight, protect them from meteorites if one were to strike nearby, and help minimize the difference in atmospheric pressure between the inside and outside of the buildings.