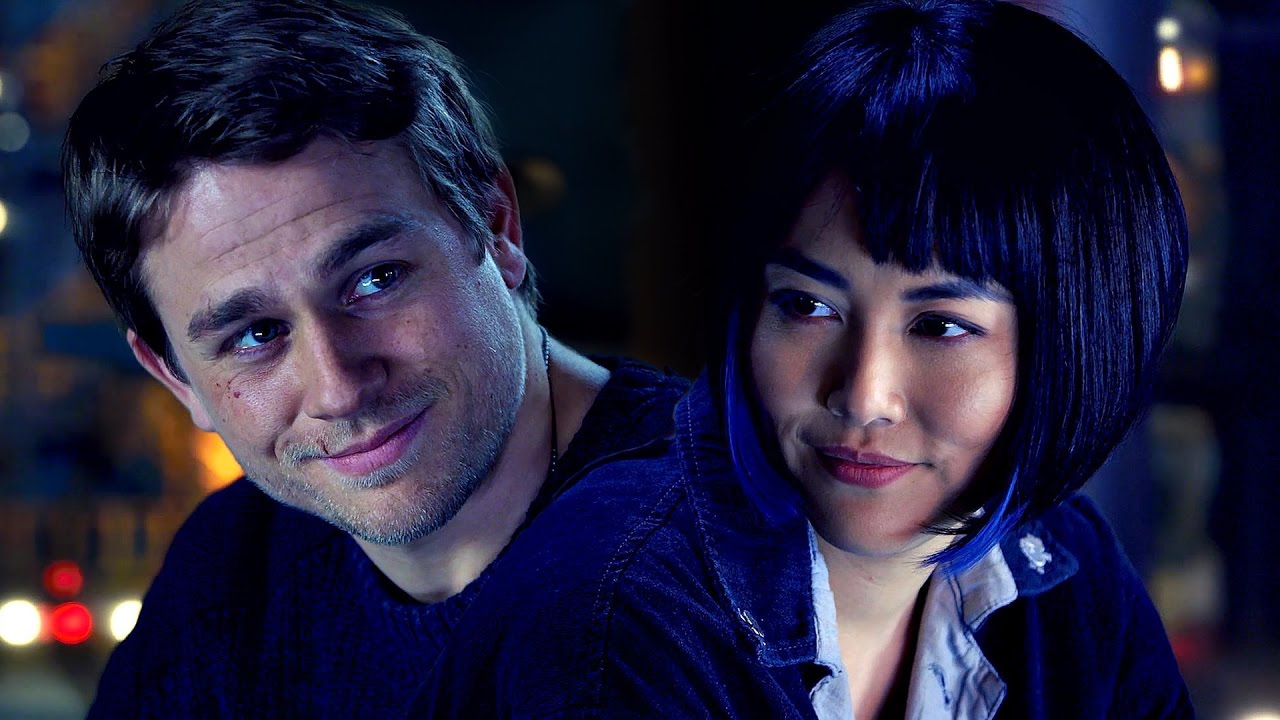 By now this author’s record of interest with telepathy as a story device is well-documented. Andre Norton’s* work with this trope is the primary inspiration, in part because she described it so well as both magic and native talent. Her heroes and heroines of the Witch World have an ability not only to communicate with others silently but also to touch and/or call upon a greater force than that within themselves, enabling them to accomplish more (if at their own expense) than they ever could alone.

Unfortunately, few writers today manage to reach this level of artistry when portraying this extrasensory strength. Some of the writers of X-Men* novels came close, as did the comics themselves, and a number of Japanese anime handle this power quite ably. These are exceptions rather than the norm in present-day fiction; go back a couple of decades, and it was not so uncommon. Now, however, it is.

This brings us to the topic of today’s post: the telepathy seen in Pacific Rim*. In this film’s universe, the titanic Jaegers cannot normally be piloted by a single human. Attempts to do this resulted in severe trauma to the prospective pilots physical and psychological wellbeing. This required there be two pilots to function as two halves of a human brain would for the enormous mechs.

Fans of the movie will remember that this led to the development of the Drift, a technologically induced telepathic link between the two or more pilots who would command the Jaeger. They will also recall that it is impossible for two incompatible minds to Drift safely; the disharmony is such that no connection or “neural handshake” can be established. Pilots must either be related to one another, as Raleigh and his older brother Yancey were, or they must have enough similar traits to resonate safely with one another.

Mako Mori proves she has enough compatibility with Raleigh in their sparring match that they can Drift safely with one another. This is true even when she begins “chasing the rabbit,” i.e. she becomes trapped in a memory. Raleigh joins her there in an effort to awaken her, but the technicians have to “pull the plug” on the Drift to save her along with everyone else in the Jaeger bay.

While interesting from a characterization viewpoint, what this author noted and liked about the scene was the way the film presented telepathy to viewers. It is a notoriously difficult fantastic power to translate to film; although there are many examples of it being done well or accurately, most people remember the times it was mishandled better. Pacific Rim neatly sidesteps a multitude of problems with the Drift during its run, first by having the hero of the story describe what it is in the early part of the film.

Raleigh’s voice over narration when he and Yancey first Drift onscreen provides a perfect mix of both storytelling techniques “show” and “tell.” Films are a visual medium and rely on showing more than telling, sometimes to the detriment of the finished piece. Other movies have long pieces of dialogue that explain an item or fact of the world when it should be shown with a minimum of explanation, allowing the audience to infer and/or understand the item(s) they are viewing with more ease.

This is what Pacific Rim does well with the Drift whenever we see it. It offers a quick description of the telepathy followed by a montage of pictures to give film-goers an idea of just how much information and emotion passes between the minds of the two connected pilots. It is not as vivid as reading a description of such a bond would be, but it conveys the idea well nonetheless.

Why is this important? It is important for the scene which occurs after Mako “chases the rabbit,” where Chuck Hansen initiates a confrontation with Raleigh. For those who may not remember it, here is a video clip for the moment I am speaking of:

If you have not seen the film in a while, you may not recall that Raleigh’s fighting style is said to be unorthodox. From what we see in his sparring match with Mako, he also tends toward the more Occidental fighting lines which, while accurate, lack the katana-like precision of Japanese martial arts. This is not an argument for or against either style – that is not a subject which this author is well-versed enough in to discuss casually, let alone as part of a larger debate. The reason I bring this up here is to emphasize the difference between Raleigh and Mako’s disciplines and skills.

When he duels with Chuck, Raleigh’s style has changed. He still uses blows from Western martial arts, but they now have the sharp, straight lines of Mako’s Oriental discipline. More than one of the strikes he uses on the Australian pilot were demonstrated earlier by Mako as well, and they are what enable him to best the other Ranger in the hall.

Of course, one has to wonder why this is important and what it means. For the latter, it means that Mako and Raleigh’s connection ran deeply and strongly enough for them to trade a great deal of mental and emotional knowledge, and they did so on a level that allowed Raleigh to utilize a fighting style with which he had little familiarity as though he had spent years of his life training in Japanese martial arts. In other words, he absorbed Mako’s muscle memory in the Drift due to the strength of the bond they formed there. He essentially downloaded physical as well as emotional and mental knowledge from her while they were connected, something that happened to her as well.

Notably, this connection remains strong throughout the story. Rather than it being a momentary show of the residual emotions stirred by their near-accident in Drift, we see subtle signs during the rest of the film that prove the transfer of data and the deep link between Raleigh and Mako is permanent. Neither will ever be free of the influence the other had on them and, more importantly, they do not want to be free of it. This is why, although the creators say the two are not romantically interested in or attached to one another, the hero and heroine’s bond still reminds viewers of a romance and may be taken as such by them if they so desire. Outside of marriage and the engagement leading up to matrimony, this type of bond between a man and a woman is pretty much impossible to find in the real world. 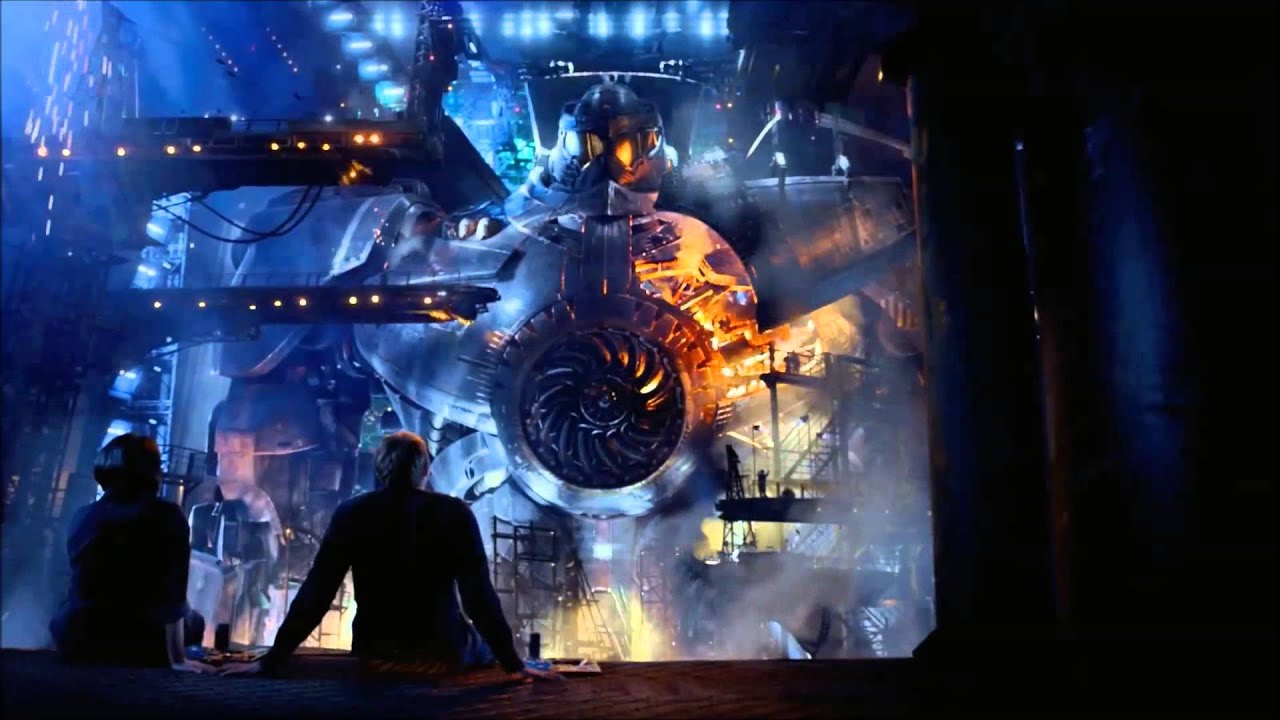 Admittedly, this author is not a connoisseur of movies. There may yet be a film on record that highlights this type of mind bond just as well as Pacific Rim does. If this is so, though, I cannot name it (yet). I can only say that Guillermo del Toro’s B movie did an excellent job of translating to live action film what has, to date, remained the province of the page.

For writers who desire to put this kind of bond in their fiction, studying links like these is important. If you want it to be believable to the reader, you have to look at the best examples of those who have done such work before. That is why, along with Andre Norton’s books, I recommend viewing Pacific Rim.

Watch how Mako and Raleigh interact, both before and after they Drift. Listen to what they say and, more importantly, do not say. Charlie Hunnam and Rinko Kikuchi’s acting, particularly in the realm of expression and body language, is also something to view closely. Take notes from the film, future authors, and do not let the opportunity to learn from this excellent portrayal of telepathy and the bond between man and woman pass you by.

Your audience will appreciate the effort you put into learning about telepathy. Moreover, you will find yourself improving as you study it as well. A person does not simply make a mark on their career; their career marks and alters them, too.

Be the best that you can be, future writers. I look forward to seeing what you produce.

5 thoughts on “Telepathy in Fiction – A Lesson from Pacific Rim”