And we think that our time is the only one with crazy ideas. Take a look at this wild article from Popular Mechanics, readers! 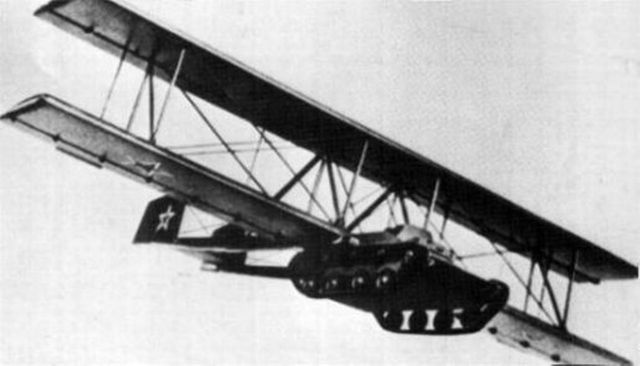 Hey, Flying Tanks Seemed Like a Good Idea at the Time

Unfortunately, they all failed spectacularly.

For the last century, the tank has been the decisive arm of land warfare. Heavily armed and armored, tanks are designed to slash through enemy lines on the way to victory. Many countries have tried to solve the tank’s main deficiency, a lack of strategic mobility, by literally making tanks that could fly.

Unfortunately, they’ve all crashed and burned.

The tank came to life in 1915 as a way to break the deadlock of trench warfare on the front lines of Western Europe. Although early tanks were slow and unreliable, rapid wartime development led to fast, powerful tanks that could dominate the battlefield, striking fear into the hearts of lightly armed defenders.