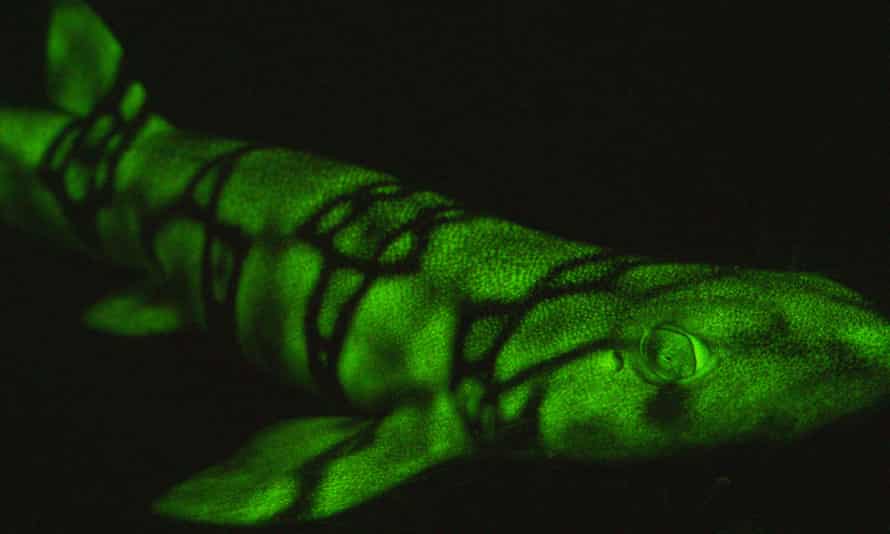 Previously undiscovered group of molecules found to be behind phenomenon

The secret behind the eerie glow of two shark species has been revealed in a study which sheds light on the origin and possible advantages of their fluorescent green bodies.

Chain catsharks and swell sharks are deep-dwelling and live in the western Atlantic and eastern Pacific respectively, where they hide among rocks and rubble. While at first glance they appear to be in various shades of brown, recent studies have shown that under blue light they glow green. Crucially, only blue light penetrates the depths of the ocean.

Now scientists have pinpointed the chemicals behind the phenomenon, which not only cause the green glow, but possibly help defend the sharks against harmful microbes.

“We have so much more to learn about life in the ocean and sharks,” said Prof David Gruber, of City University of New York, a co-author of the study.

The green glow emitted by the sharks is a type of biofluorescence, which arises when blue light in the oceans is absorbed and then re-emitted, in this case as green light.