I am not a Star Wars: The Clone Wars* enthusiast. The prequel trilogy is largely responsible for this; to date, I have not been able to overcome my dislike of it enough to engage with the animated series in a meaningful capacity. While this author can watch an episode or two, those are few and far between despite the best attempts of friends invested in the series who want to show me more.

That being said, friends who like the series have kept me apprised of new developments with it. As you may imagine, that means this writer has heard quite a bit about the newest Star Wars* series following Clone Force 99, better known as “The Bad Batch.” She has thus been able to discuss and more or less follow the story herself, albeit secondhand and through conversations with friends.

One item related to this series was sent to me and is included in the snapshots below. This is a tumblr post by a fan of the series – which, from what I have heard, is not bad – who is dissatisfied with the way the male characters are being handled in The Bad Batch. We will delve into that momentarily, but before we do, please read the post saved in these photos:

This tumblr poster, whose name and handle I unfortunately do not know, has put a finger on one of the greatest issues in modern fiction. Granted, I have not seen The Bad Batch series, but for this matter I do not have to watch it. The lack of emotional connection between male characters is an issue going back decades. It has been slowly building over at least the last twenty years – I can recall seeing moments of absolute authorial stupidity in the handling of male characters’ relationships as a child. Those instances were less frequent than they are currently, but the fact is that they were present at the time and have only become more prevalent now.

I never enjoyed or appreciated this type of bigotry toward male protagonists, whether they were central to the plot or not. It always struck me as wrong on a fundamental level. Men have emotional connections with one another just like women do with one another. One could rightly argue that they actually have deeper bonds with other men than women have with other women for the simple reason that it is men’s nature to engage with threats in the world. Women, generally, must tend to hearth and home while the men have to go out to hunt, gather, and fight. Thus they have less reason to forge such survival-oriented relationships with members of their own sex than men do.

Shared food and foxholes, as the old saying goes, can turn men into mortal enemies or brothers who would walk through hell for one another. If two men are on a tiger hunt and the tiger ambushes them, then the one being mauled will either love the man who comes to his rescue like a brother or curse him most bitterly for running away to save his own skin while the animal is distracted. That is the way the world has worked since the fall of Adam and Eve, and that is the way it will work until the end of time.

In our modern world, however, such strong ties between or among men are derided and mocked. This happens in a variety of ways but one manner in which it is done is by severing the emotional reliance and support male characters can and should give to one another during the course of a story or series. What the tumblr poster in the photos above describes is one method of doing this: a female character is introduced to an all-male cast, and she subsequently becomes their sole conduit for emotional expression. Rather than show sentiment with or to their brothers or brothers-in-arms, the male characters only express and/or discuss their feelings with the female protagonist.

This is an inversion of an Eastern storytelling trope Literature Devil discusses in his video here. Fans of numerous anime series can doubtless name multiple series where there is a female character in the middle of the group of male protagonists. She is the emotional center of their fellowship and must be protected. The male heroes must also have emotional interaction with her, sometimes fairly frequently.

Literature Devil calls such female characters the “Heart” of the team. Normally this “Heart” heroine is the member of the group who keeps the men grounded, at peace with one another, and who helps them process their emotions when they cannot “bleed on” each other. (Credit to Anthony Mackie for using that term in relation to the camaraderie Falcon and Cap develop during an interview about Captain America: The Winter Soldier*.) A number of Western or Occidental stories have a girl or woman serve in this capacity as well, particularly in more recent works of the 20th century. The technique works, and it works well when properly applied. It should not be shunned but understood. 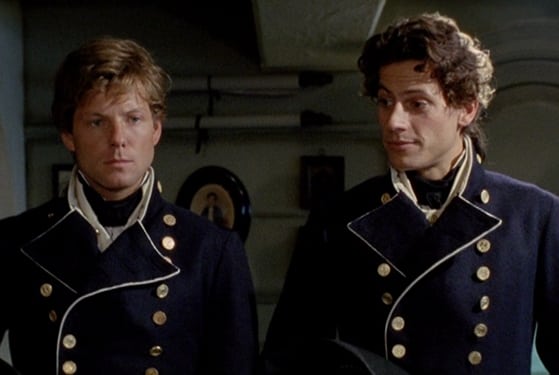 Part of that understanding comes in recognizing the problem that comes when the men must only interact with one another through the mediation of the female protagonist. This leads to an almost high school-esque “passing of notes,” or those trivial games where two angry teenagers yell at a third party while the offending party is present; i.e. “tell so-and-so I don’t want to play X/go anywhere with him.” It is juvenile, puerile, and it has about as much point in fiction as it does in real life.

Of greater import to the issue under discussion, writing male relationships in this stilted manner robs the audience, the writer, and the characters of growth. It prevents the audience – particularly the male members thereof – from connecting with the protagonists in a profound way that they can instinctively understand and to which they can relate. It limits the amount of drama the author can gain from the story while it diminishes or even stymies his ability to emotionally connect with the audience. And, worst of all, it breaks the believability and consistency of the characters by making them unrealistic.

Our anonymous commenter above specifically states, more eloquently than I have, just how improbable this lack of emotional connections among the male Bad Batch members makes them. And this commenter is not alone; I have heard female fans of the series’ protagonists make the same complaints. The Bad Batch is, by and large, being denied proper characterization by the franchise and the writers handling their story. Fans are noticing this and they are pulling back from the series because of it. A number have resorted to writing fan fiction in order to make up for the real writers’ lack of craft and concern for their audience.

Compare this to the strong bonds present in stories such as The A-Team*, which had a similar cast of four male leads, all of whom had believable interactions with one another. They shared their emotions when talking with each other, and they did so in the understated way men tend to prefer. That did not make their exchanges less profound – if anything, it made them more intriguing.

Horatio Hornblower,* the series that gave Ioan Gruffudd his big break, has to contain some of the best methods for presenting the relationships formed and forged between men during the course of the first four movies. Although I personally find the following four installments to be weaker than the prior episodes, the fact is that the quality of the emotions conveyed through the conversations and actions among the primary characters in the series remain superior to many more recent attempts. I would be hard pressed to find a better example in today’s market to recommend aspiring storytellers to study and emulate. 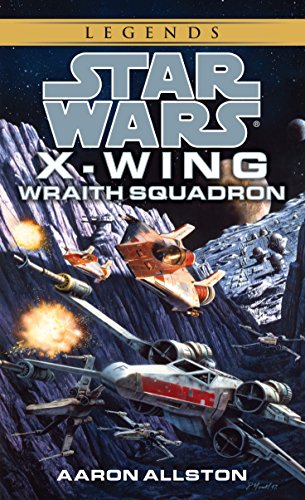 Finally, there is the original canon of Star Wars itself. If you have not read the X-Wing series*, future authors, I cannot recommend it enough. Michael Stackpole’s first four books are good, but Aaron Allston’s Wraith Squadron* trilogy is arguably better. Stackpole’s works are scientifically accurate and carry the gravity of war, but Allston indulges in the playful and vulnerable sides of the male X-Wing pilots more readily and believably in his novels.

Not only is Allston’s work inspiring for those who want to craft fully-realized heroes, the pathos and drama that come when he kills off or wounds members of the squadron hits harder precisely because he has shown the men at play or when they are vulnerable in some way. I defy anyone to get through the scene of Wraith pilot Ton Phannon’s death without at least blinking back tears as they read the final paragraphs. It is a powerful moment precisely because we have seen Phannon – perhaps the most tragic figure in the books – goof around with his best friend and the rest of the squadron for half the trilogy. Without that emotional build-up, which The Bad Batch so conspicuously lacks, readers would not feel Phannon’s death as keenly as the man who has called him friend does.

In summary, readers, be aware of this new “man trap” that plagues Star Wars’ latest animated series and far too many other tales to count. Do not fall into it; do not be tempted by its siren promises of accuracy and realism. These are false pledges, lies of the greatest evil. They will not lead you to success, only to misery and might-have-beens.

You want your readers to write fan fiction because they want more of your story and characters. Not because you haven’t entertained them properly to begin with. Star Wars has made this crucial error; learn from them, but do not imitate them. It will save you heartache in the future – I promise.

4 thoughts on “The Male Relationship: A Word on the Bad Batch”