Check out this interesting piece on Indiana Jones, readers! 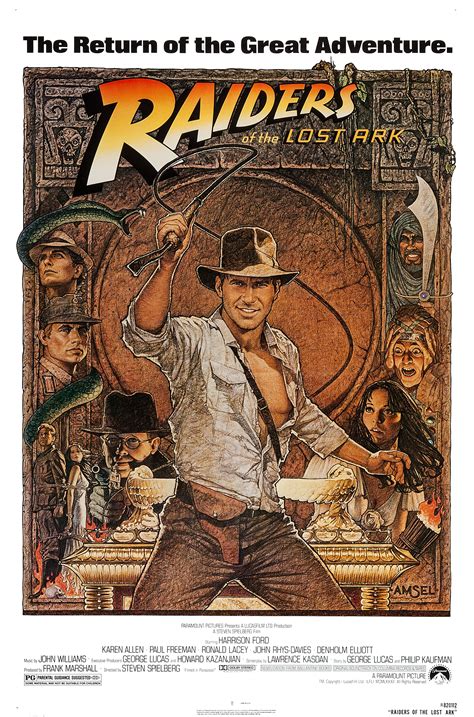 There is only one fictional character who embodies the American spirit in its essence and its entirety, and who is real enough that it seems he should have existed: Indiana Jones, the swashbuckling American archaeologist.

A people, a civilization defines itself largely through the heroes that it adopts and celebrates. These heroes may be entirely mythical: We think of the Homeric epics, which tell the story of Odysseus, who overcomes many trials in his ten-year journey home after the Trojan War; of Lohengrin, the German knight who rescues a noblewoman; of Robin Hood, who for the English embodies ideals of justice and resistance to corrupt government; of William Tell, the Swiss hero who killed a tyrant. Some heroes existed in fact but have been so encumbered by legend that it is difficult to know where history ends and myth begins: Gilgamesh, a king of ancient Mesopotamia; Brutus, the Roman assassin of Caesar; the Scottish freedom-fighter William Wallace; the Count of Egmont, the Dutch noblemen who resisted a Spanish invasion; George Washington, who led a fledgling American nation in victory against the mighty British Empire and who was so honest that he confessed when a boy to cutting down his father’s favorite cherry tree.

America, as a young nation, still searches for appropriate epic heroes. Though Washington, Paul Revere, Benjamin Franklin, and Abraham Lincoln–among others–have partly satisfied this need, the historical record is too clear so as to ensconce these figures in the necessary mists of legend that turn a hero into a truly epic hero. Even those historical figures who are shrouded in legend–Johnny Appleseed, the steel-driving workman John Henry–capture only a part of the American ethos: in the former case, the idea of a fertile and growing nation, and in Henry’s case, a celebration of hard work and an anxiety about technological progress. Too, what we often call “superheroes”–comic-book creations like Superman and Batman–though instructive in many ways, are too far-fetched and obviously fictional to meet the American need for the perfect epic hero.

There is only one fictional character who embodies the American spirit in its essence and its entirety, and who is real enough that it indeed seems that he should have existed: Indiana Jones, the swashbuckling American archaeologist of the 1930s, 1940s, and 1950s, brilliantly portrayed on the silver screen by actor Harrison Ford.

Created by Hollywood directors George Lucas and Steven Spielberg at the end of the 1970s, the character of Indiana Jones (called “Indy” by his friends) draws on previous fictional characters in American film–from the protagonists of the cliffhanger serials of the 1930s to which Mr. Lucas and Mr. Spielberg thrilled as boys, to heroes like Harry Steele (portrayed by Charlton Heston) in Secret of the Incas. Mr. Spielberg and Mr. Lucas developed this heroic character at a time when Americans were again seeking big-screen heroes. The 1960s and 1970s were a period of disillusionment for the United States, as the unpopular Vietnam War and social unrest sapped American self-confidence and the belief that the country was a force for good in the world. In cinema, the hero was replaced by the anti-hero, with the result that the vast majority of films seemed to lack clear moral compasses: One thinks of Midnight Cowboy (1969), Taxi Driver (1976), and Apocalypse Now (1979), among many others.

3 thoughts on “A Hero of Epic Proportions”