There are writers who dislike how Professor Tolkien’s magnum opus is considered the last word in modern fantasy. Most of their argument revolves around how present authors in the field of fantasy ignore shorter action/adventure tales in the “pulp” format of fantasy for epics that practically copy and paste from The Lord of the Rings.* While not an invalid argument, there are aspects of the trilogy and the universe of Middle-earth which these writers have not considered when they set out to debate the point.

It has been said since The Lord of the Rings was published that the first nine chapters of The Fellowship of the Ring are the most boring, as they deal with the minutiae of Frodo, Sam, Merry, and Pippin’s journey from the Shire into the outside world. Considered a rambling introduction to the world of Middle-earth, that is an incomplete view of these chapters. Professor Tolkien’s world has many layers, and the surface reading may not always be accurate or in keeping with his intention.

On a recent reread of The Fellowship of the Ring, this author came to a startling realization. Professor Tolkien was not writing a work like his contemporaries in his landmark series. Neither, however, had he set out to overshadow authors such as Andre Norton* and A. E. van Vogt*. Far from overriding the fantastic tropes these authors relied upon, Professor Tolkien actually utilized them as part of his world and worldbuilding.

From the Barrow Wights to Tom Bombadil, from Old Man Willow and Goldberry the Riverdaughter to the Nine Ringwraiths, Tolkien willfully used the tropes of original fairy tales and myths that inspired the pulp writers in his magnum opus. He did so to show that the dark and light things of minor fantasy were the remnants or servants of a much greater foe of the Author of creation, weaving these together in the overarching epic of The Lord of the Rings. While the first nine chapters of The Fellowship do serve the purpose of worldbuilding, it is not worldbuilding in the way that we think of it today.

Rather, this is meant to show how much knowledge of things outside the Shire that the Hobbits have lost. They hardly remember the King (of whom Aragorn is an heir) though they still honor him, while barely realizing that Mordor and Sauron exist. Tom Bombadil is unknown to most Hobbits and the Old Forest is considered by those who do not live near it to be nothing more than a fantasy meant to scare children, an attitude not dissimilar from that of the modern world. What are ghosts and fairy tales but idle stories meant to entertain, scare, or teach saccharine lessons to children? Whatever truth there is in them cannot compare to what one sees “under the sun.”

The chapters leading to the hobbits’ arrival at the Prancing Pony are meant to show the transition from the familiar to the strange, from the mundane to the wondrous, and from the secure to the dangerous. By experiencing the threat of the Old Forest and Old Man Willow, the heroes have their first real brush with ancient evil, something which their encounter with the Barrow Wights only reinforces. Neither Old Man Willow nor the Wights serve Sauron; though the latter may have entered the Barrow Downs at the Dark Lord’s behest, they no longer haunt it simply to please him or ensnare his enemies in their spells. They do it for their own pleasure now.

Both these threats are localized and have little to do with the overarching villains of the series. Yet Tolkien includes them in his narrative, giving them a position of prominence. He takes the time to show that there are pools of shadow that, while they cannot do damage on the level of the lord of Barad-dûr, they hide in the shade and will pounce upon the unwary.

While they are more dangerous due to being directly tied to Sauron, the Ringwraiths have elements of this as well. Until Frodo meets Gandalf again in Rivendell, he and the other hobbits do not even recognize the Nazgúl for what they are. This adds an extra layer of terror and fear to the Black Riders’ early appearances that they would otherwise lack, as readers can easily forget who they are when the hobbits’ instinctive terror of them spreads from the page. The Riders are menacing, larger-than-life figures in the early part of The Fellowship, which is the intention. 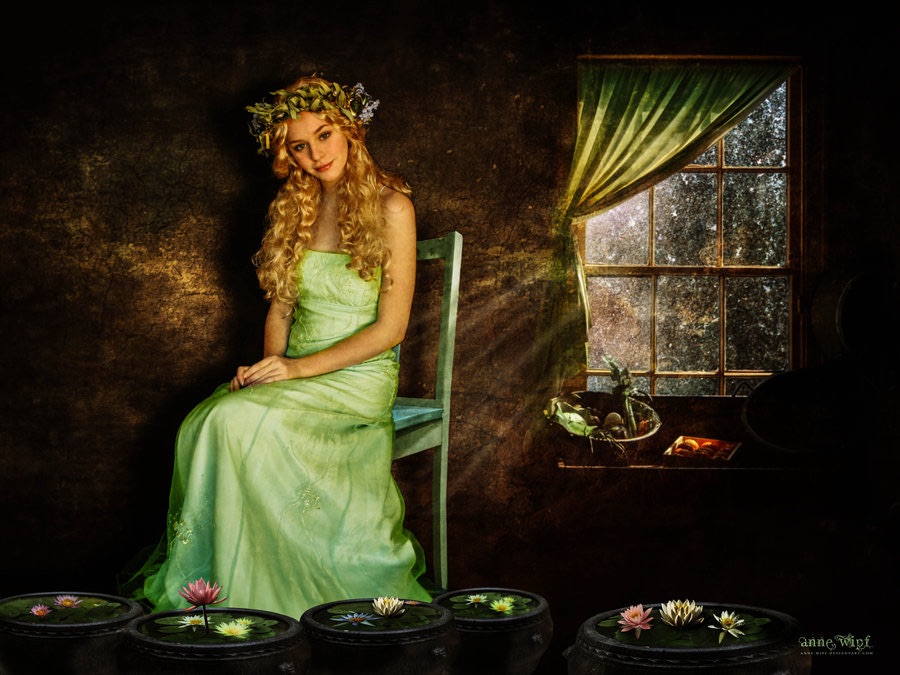 Although one can find several interpretations for the character of Tom Bombadil*, it may be said that he and Goldberry are meant to harken back to the fairy tales and myths of yore. To trade analogies for a moment, why does Yoda live near a cave steeped in the Dark Side on Dagobah? He does not go there simply to train Luke Skywalker – the implication in The Empire Strikes Back* is that master and student return to Yoda’s hovel when they have finished their daily training routines in the swamp. That means the cave is far too close to the Jedi Master’s domicile for comfort.

Yet Yoda chooses to live within the shadow of the Dark Side, as Tom Bombadil lives within the Old Forest. Goldberry, the Riverdaughter, is an implied sprite who came from the river that passes through the Old Forest itself. How can two such wonderful people stand to live so close to such great evil?

If they were normal humans, they could not accomplish the feat and survive. But neither Bombadil nor Goldberry are human or even mortal; they are immortals who have chosen this place as their abode. In so doing they remain within reach of those who become lost in either the Old Forest or the Barrow Downs. Thus is proven the old adage: “Where sin abounds, grace abounds more abundantly.”

This leads us to the other reason Tolkien includes these “pulp” characters in his magnum opus. Most critics focus on the fact that The Lord of the Rings raised the modern genre of fantasy to epic proportions, and rightly so. Without The Lord of the Rings, it is doubtful that “epic fantasy” would exist today in the capacity that it does.

One can easily forget, however, that the epic always begins with small steps. The encounters that the hobbits have with Old Man Willow and the Barrow Wights are not random; they are not coincidental. They are a hint of the bigger picture, the greater dangers to come. Without Sauron’s influence the Ringwraiths would not exist, nor would the Wights inhabit the Barrow Downs. And Old Man Willow, while he has no connection to the Dark Lord, has succumbed to the same will to power that led to the latter’s downfall.

In Andre Norton’s Witch World,* the enemies her heroes and heroines encounter are not equivalents to Sauron. Or if they are they remain unseen and, relatively often, unnamed. They are vaguely defined principalities on the level of the Balrog of Moria rather than the Lord of Barad-dûr; powerful, yes, but not enough to enslave the entire Witch World in one fell swoop. In a word, they are local powers seeking to increase their range and influence.

Fairy tales of old carry this same message: the wolf of Little Red Riding Hood, the dragon that kidnaps the princess, the troll that haunts the bridge of the Three Billy Goats Gruff, and the evil wizard are minor minions. They are dangerous, certainly, and the stories reflect that. But compared to the devil and his cohorts (of which Sauron, in the novels, is one) they are much less powerful and, therefore, less deadly than the prince of darkness.

Tolkien took these trolls, wolves, dragons, and wicked wizards and tied them to the Prince of Lies, Death, and this world. Concurrently, he took the fairy godmothers, helpful animals, good magicians, and mighty heroes and connected them with the Author of all that is good. Among its many values this has to be counted as one of the best and greatest in The Lord of the Rings, particularly for writers who may lean more toward the old “pulp” action/adventure format than the modern epic espoused by the bigger publishers. 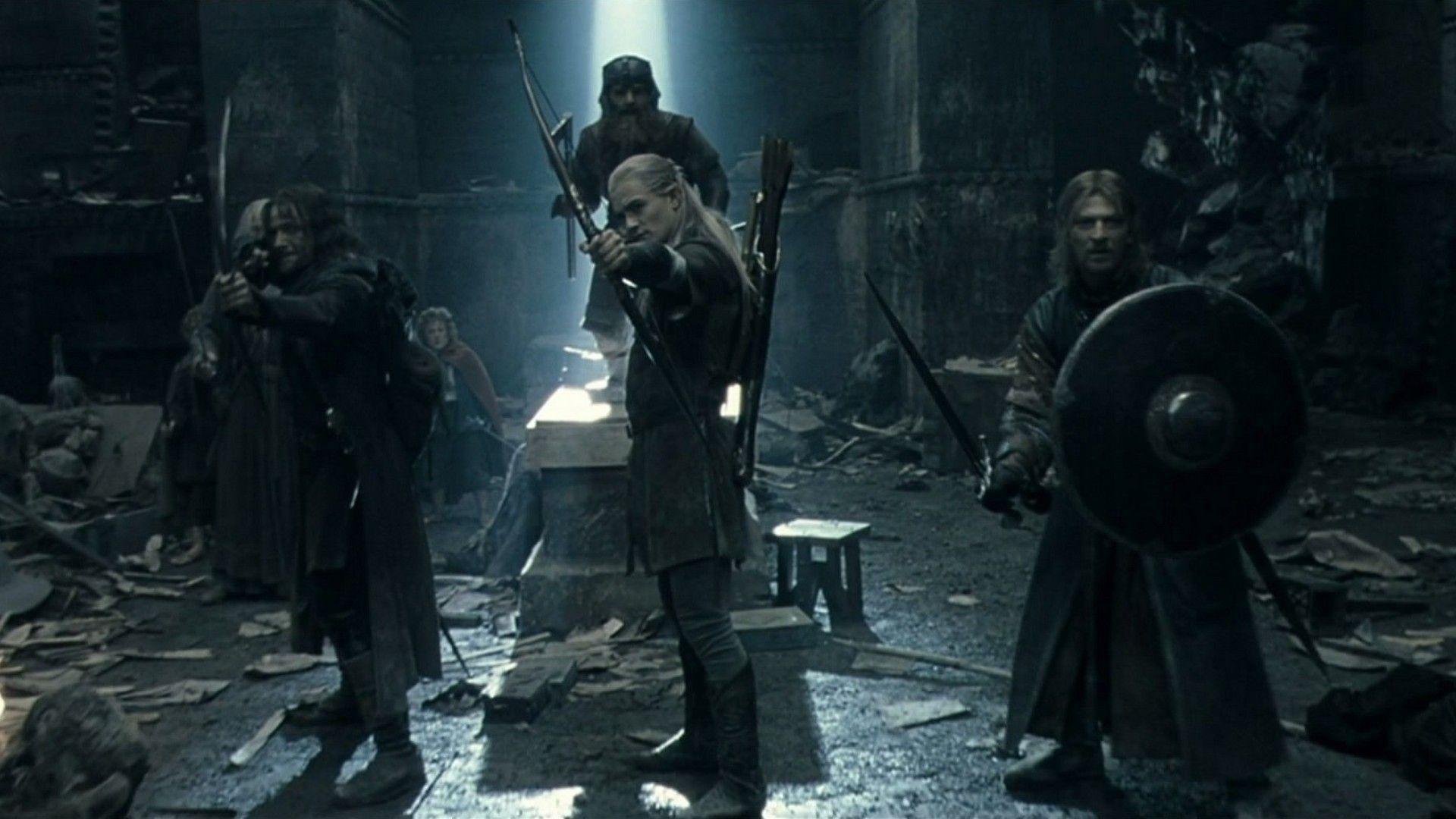 It is not necessary for modern writers of “pulp” fiction to make this connection between the devil and the antagonists in their stories. Should one’s tale require only a Balrog-equivalent, then rest assured that he will serve as a perfectly adequate and deadly antagonist. An author does not need to write an epic to have a memorable villain, nor does he need a memorable villain to create a fantastic story.

But if you wish to imitate the man who so ably sketched a picture of the epic battle between light and darkness, then you may want to keep the first nine chapters of The Fellowship of the Ring in mind. Even if you are writing a “pulpy” tale in the spirit of the Witch World, John Carter of Mars*, Indiana Jones,* or Star Wars*, this perspective will come in handy. It will certainly add a layer of depth to your fictional world that may not be achievable otherwise.

So go on. Show us what hides in the shade and the shadows. And remember that all these monsters were not spawned by man and his sins. Some are much, much older than that – and, for that reason, far more dangerous.

4 thoughts on “Shades and Shadows: The “Pulp” Aspects of Tolkien’s Lord of the Rings”