Learn more through the link, readers: 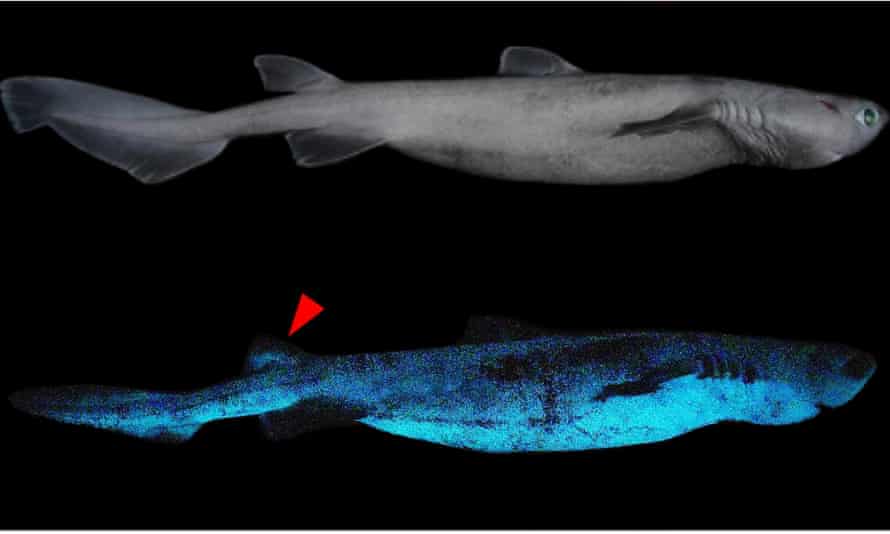 Discovery off New Zealand includes kitefin shark, which at up to 180cm is now biggest-known luminous vertebrate

Researchers believe sharks probably glow for camouflage to protect from attack from beneath. Photograph: Jérôme Mallefet

Scientists studying sharks off New Zealand have discovered that three deep-sea species glow in the dark – including one that is now the largest-known luminous vertebrate.

Bioluminescence – the production of visible light through a chemical reaction by living organisms – is a widespread phenomenon among marine life but this is the first time it has been documented and analysed in the kitefin shark, the blackbelly lanternshark, and the southern lanternshark.

The sharks were collected during a fish survey of the Chatham Rise off the east coast of New Zealand in January 2020.