Here we have another review of a work produced by author Kai Wai Cheah (who also uses the name Benjamin Cheah and Kit Sun Cheah). Dungeon Samurai Vol. 1: Kamikaze* comes from the creator of Amp, a superhero in Silver Empire’s Heroes’ Unleashed* universe. It is also a fascinating new look at the isekai genre.

From the back of the book: 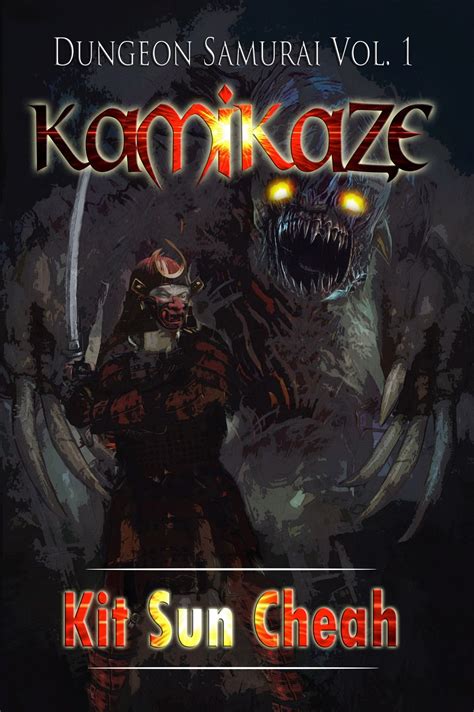 Yamada Yuuki is an ordinary college student with an extraordinary hobby: the classical martial art of Kukishin-ryu. Until one fateful day when a demon rips through the fabric of space-time, abducts everyone in his dojo and transports them to another world.

To return home, Yamada and his friends must join forces with other displaced humans to conquer the dungeon that runs through the heart of the world. Standing in their way are endless hordes of bloodthirsty monsters and countless traps. Armed only with steel, faith and guts, they must battle their way through the winding catacombs to confront the demon waiting at the bottom floor.

Yamada was once a student. Now he must become a samurai.

This book is a quick, easy read. It is also highly entertaining, with a well-constructed world. Rather than rely on the typical isekai (Japanese “portal fantasy” or alternate worlds genre) and LitRPG tropes, Mr. Cheah uses the basic tenets of video game dynamics, Japanese anime, and Dungeons and Dragons to build a world that is entirely different from ours.

Dungeon Samurai begins with Yamada practicing against his best friend, Hiroshi, in the dojo. Hiroshi has more natural aptitude, skill, and practice than Yamada, who is relatively new to the class. But what Yamada lacks in terms of strength and proficiency, he makes up for in stubbornness. He wins his play match with Hiroshi out of sheer determination to prove to the teacher that he’s learned something during his short time at the dojo.

But no sooner has the class settled in to meditate then something weird happens. A voice speaks, one which only Yamada, Hiroshi, their teacher, and a few others can hear. Moments later, as class is dismissed, reality turns inside out. Despite the efforts of Yamada and his friends to escape, they are dragged from our world into an alternate one. 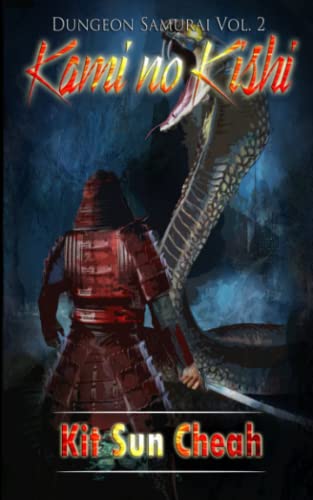 Soon they learn that they are not the only people from the present who were stolen from Earth. Groups of men and women from both the West and the East are standing in the same area as the Japanese from the dojo. Among the strangers are soldiers, a priest, and a Japanese girl whom Yamada does not recognize who wears the attire of a miko. The rest of the people present are men and women who practice European and/or Oriental martial arts, along with other crafts more suited to a Medieval rather than a modern setting.

Before they can do more than ask a few questions, three men dressed in archaic clothes beg their forgiveness for summoning them. Then a demon appears and reveals the rules of this world: simply put, he runs everything. If they want to go home, then they have to conquer his dungeon lair and defeat him. There is no other means of escape. And for some reason, calling on God to defeat the demon does not send it packing, as the new priest learns all too painfully.

Led away under armed guard for their own protection from roving monsters, Yamada and the others are told that there are people ripped from across time periods on Earth living in this world as the demon has made them its playthings. Many have died exploring and fighting in the dungeon, which is why the newcomers have been summoned. With the warrior’s ranks thinned, the captives had two choices: give up and die, or ask the demon to replenish their numbers.

Obviously, giving up and dying is not an acceptable option. So despite their reluctance, the leaders asked that new combatants be brought to augment their army and conquer the dungeon. Not all of the newcomers are happy about this, but since they are here now, complaining will do little good. They eat and select their skills with the help of a magic orb that grants those who touch it superpowers in keeping with the abilities of video game or isekai characters.

Hiroshi earns a new ability which none of the inhabitants have seen before: kishi, or “knight.” Yamada, in contrast, is bequeathed a deadly combat skill that usually kills those who use it. This is kamikaze or “divine wind,” a skill that fills the fighter with blinding rage. All the previous users of kamikaze died nobly when they allowed their power to override their sense of caution, leading to their deaths as they charged headfirst into traps that they could have avoided if they had been thinking clearly.

Mr. Cheah once again brings his trademark accurate descriptions of hand-to-hand combat to the fore in this novel, making it an informative as well as an entertaining read. The book’s references to anime and the isekai genre are welcome as well, since they made the story feel less like a video game in novel form and more like a novel that recognized and ran with these popular tropes. This deepened the worldbuilding and made it more engaging than it might have been otherwise. 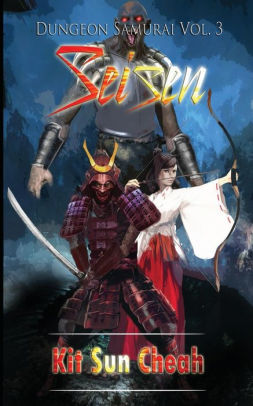 I have come to expect that Mr. Cheah will focus on the spiritual lives and beliefs of his characters in his stories, providing food for thought even as he allows his characters to plumb the depth of religious experience. Dungeon Samurai does not disappoint; he examines the spiritual repercussions of the situation in an intriguing and inspiring manner. Although a priest straight from our world cannot affect the demon on his own, once he earns a skill in line with his duties he is able to help in the fight against the demon in obvious ways. It is refreshing to see religion portrayed positively in a fantasy novel, especially one that leans so heavily on isekai and LitRPG tropes.

If you have the opportunity, readers, I highly recommend picking up Dungeon Samurai: Kamikaze. The sequels Kami no Kishi* and Seisen* both promise to be as much fun as the first novel in this trilogy. But you do not need to take my word for it. Purchase these books yourself and see what you think of them!