Take a look at this thought-provoking piece by J.D. Cowan, readers: 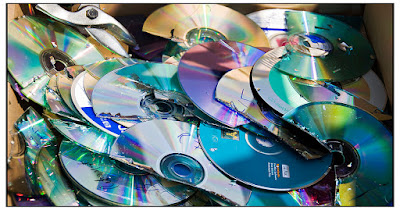 Imagine living in a pod with nothing to look at but your bed, a screen, and a small supply of processed government approved meals to munch on. We appear to be unknowingly charging into this future with a smile on our faces. Within the decade there won’t be much we will value outside of ephemeral bits of data on the internet. It helps when we have less reason than ever to actually leave our homes, and we are getting less reasons by the day.

During the 2010s, there was a growing trend in entertainment no one wanted to address. In fact, this trend really went back as far as the invention of file sharing services over a decade earlier. The devaluing of physical media, and art, as nebulous property licenses that only corporations had the right to grant limited access to became to be accepted by most consumers. Art was no longer meant to connect, it was meant to make corporations richer, though it was sold as “freedom” and swallowed wholesale by certain techheads. You can still find such takes online to this day about how locking things away in a nebulous cloud with expiring licenses is somehow a preferable future. Just look at the lack of reaction to Microsoft charging yearly fees for programs you only had to buy once years ago. Consumers don’t question it, they just fork over the money. The internet doesn’t really ever forget, though it does seem to not think things through.

Between 1999 and 2001, the invention of Napster changed the relationship patrons had with art, perhaps permanently. It did this by offering an ease of availability and a free cost that no one could have possibly foreseen being a reality mere years earlier. It was a Pandora’s Box that to this day has never been shut, and never really can be again. not as long as the internet exists. The mindset shift it changed in people was simply too radical, especially considering that there was a time that over 80 million people used the service.

Before Napster, we more or less took our art and entertainment for granted. Go to the local store, pay a fair price, and get the desired product in return that you could use forever, or at least until it broke. The rules were clear, and easy. Whether you bought a ticket to a movie theater to watch it once or rented a copy at the store, it was always straightforward. You knew what you owned, and what you didn’t. That was all overturned in 1999.

Once the art was devalued to mere nebulous files on the internet that old perception changed. You could now get high quality bootleg versions of whatever entertainment you wanted–for free! As download speeds got faster and hard drives got bigger, so did the possibilities grow. Physical sales of media dropped year after year, eventually ending up with music more or less stranded on digital download services with no other option for purchase. Unless you were quirky enough to get a vinyl release, finding CDs had gone out of style with the death of rock music. And this is before getting to the downgrade that is streaming.