This review is a special one, readers. Longtime followers of A Song of Joy will undoubtedly recognize Mr. Breitenbeck’s name, as he has been cited and/or mentioned here several times (plus, his site is in the blogroll). One of his short stories was discussed in this examination of Fantastic Schools, Vol. 2, and today, one of his books is being reviewed.

From the back of said book: 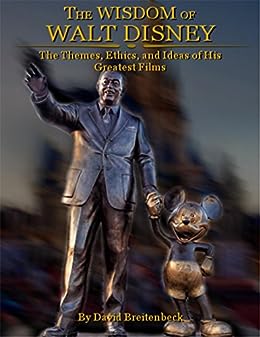 Develop a new appreciation for the legendary storyteller as we explore the themes behind the timeless films of Walt Disney. From the triumphs and failures of civilization to the inseparable bond of parent and child, Disney plumbed the simplest, yet most important elements of the human experience and presented them in terms the whole world could understand. In The Wisdom of Walt Disney, we look past the bright colors and songs in search of the ideas behind twelve of the master storyteller’s greatest films.

Here you’ll discover why Pinocchio turns into a donkey, what is behind the Pastoral Symphony in Fantasia, and how Bambi relates to the terror of war. You’ll learn the real message of Song of the South, explore the tortured soul of Captain Nemo, and uncover the profound piety of Sleeping Beauty. Above all, you’ll never watch these films the same way again.

I have had my eye on this book for some time, due in no small part to the fact that I admire the man who made the movies discussed herein. Despite the fact that the Disney Corporation has become a wayward entity at best, a zombified cadaver at worst, this has no bearing at all on its founder. Walt Disney was a great artist and a great man, and his films deserve to be studied by authors who wish to do their best in this world. He earned every ounce of the respect that Mr. Breitenbeck shows to him in this collection.

And what a collection! The essays in this book cover some of Mr. Disney’s most popular films, including Snow White and the Seven Dwarfs, Sleeping Beauty, Cinderella, and Bambi. Less remembered movies such as Song of the South, 20,000 Leagues Under the Sea, Swiss Family Robinson, and Treasure Island are also reviewed and described.

These films were wise choices to discuss, in this author’s opinion. Presently, Disney is usually associated more with the animated films that made him famous, rather than with the live action stories that he and his company produced. Of those, the one most people recall is probably Mary Poppins. Old Yeller, 20,000 Leagues, and the rest are swept under the rug. Given the fact that modern live action Disney movies typically take a backseat position to their animated (CGI or otherwise) brethren, this is not much of a surprise.

The essays look less at the source material for these films and more at how Walt Disney brought them to life. And this is the best way to look at them; while the stories which Disney adapted to film are important and have a strong bearing on how he filmed them, this does not mean that he could bring everything in the text to the screen. Even today, translating a novel, no matter how thin or thick, into a film necessarily means that some parts are left out. 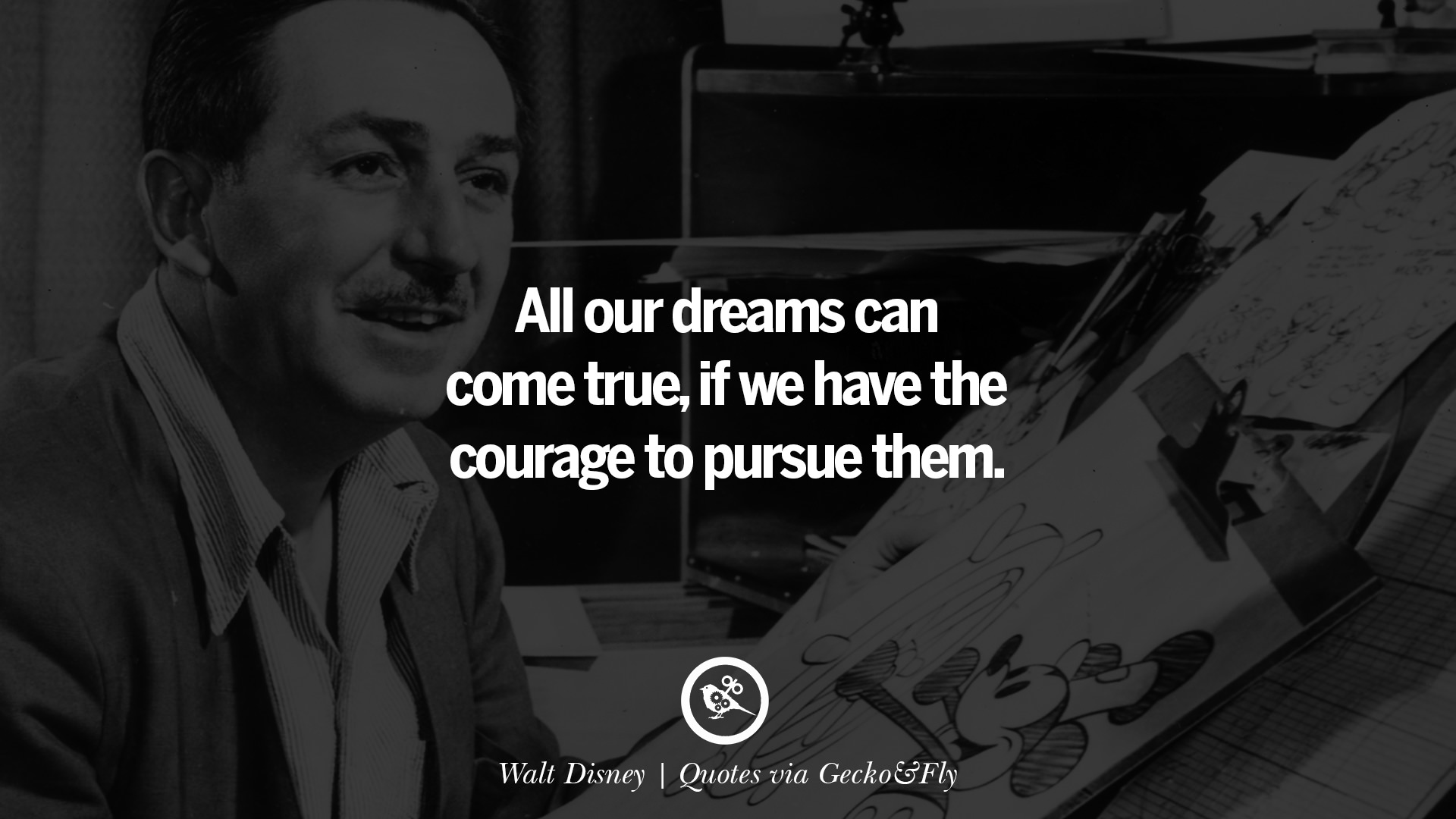 Written words transmit thoughts differently than images. In order to make his movies more effective, Mr. Disney had to utilize image and dialogue to fill in for what the original books’ or fairy tales’ words would normally have conveyed. 20,000 Leagues Under the Sea can take pages upon pages to demonstrate that Captain Nemo is a man who has separated himself from the brotherhood of humanity, but Disney had to find a different way to express the same theme with spoken dialogue, images, and living people.

Likewise, Song of the South carries forward in visual form the wisdom absorbed and passed on by author Joel Chandler Harris in his famous Uncle Remus* tales. Swiss Family Robinson* emphasizes in pictures how much effort must be put into homesteading – as well as man’s need for connection to others outside his home. Treasure Island elegantly sets out the differences between barbarism and civilization, which Robert Louis Stevenson* put into words and which Disney conveyed through the silver screen.

I would have to say that the chapters in this book which I enjoyed most were the ones on Fantasia, one of my favorite Disney films of all time, and Sleeping Beauty. The insights on the former were illuminating, especially when it concerned the part with the dinosaurs. That section of Fantasia always confused me, but the chapter makes this and several other aspects of the film clear. Sleeping Beauty, one of the most entrancing Disney movies ever made but difficult to appreciate in full, is explicated wonderfully in the section of the book dedicated to it.

Mr. Breitenbeck brings his penetrating insights to this work, giving readers of The Wisdom of Walt Disney* a new perspective on these beloved films. He does not talk down to his audience, and the writing flows well and evenly. I would not hesitate to recommend this book be used as a resource for children aspiring to be artists of one stripe or another. As with all the articles he writes, Mr. Breitenbeck’s essays are accessible to readers and thinkers of every level. They also encourage readers to consider more deeply the things they love and to reflect on what else may be hidden just beneath the surface.

I will be honest; I would not frown on a sequel book discussing some of Mr. Disney’s other famous works. The easy rhythm and obvious joy in these essays makes them quick, pleasant reads, and one is always looking forward to the next installment. Reaching the end of the book, one thinks, “Oh, no! But I wanted to hear more.” 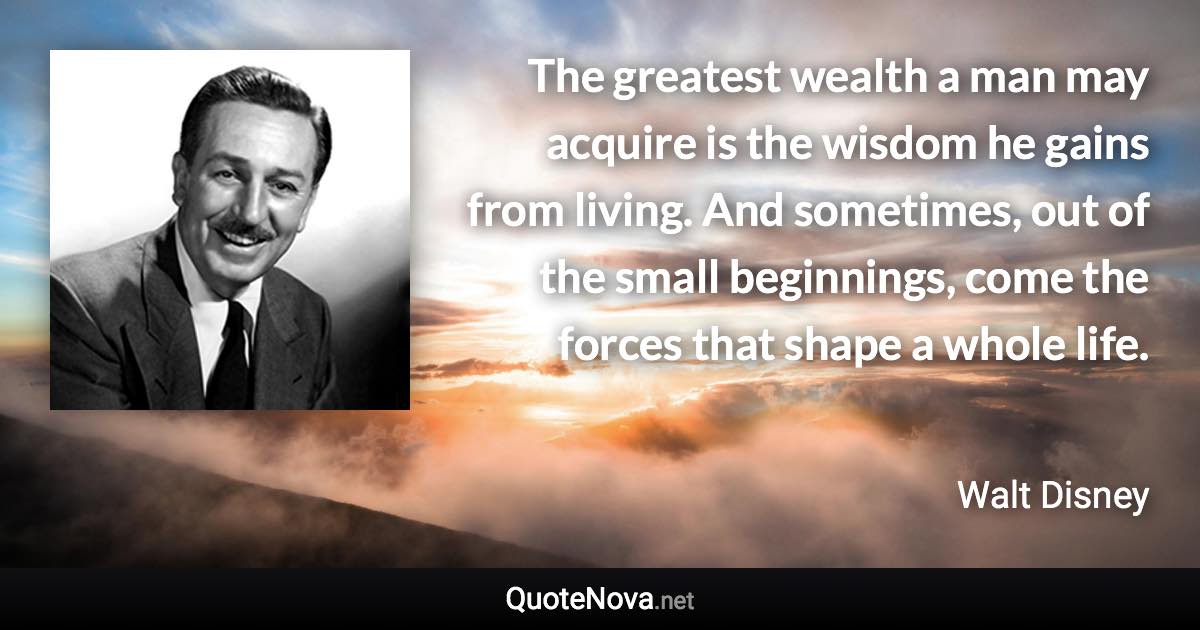 The Wisdom of Walt Disney* would be a valuable addition to any library. I heartily recommend it not only to aspiring artists and Disney admirers, but to everyone who enjoys a good story well told. The only thing as good as a well told tale is a well-expressed review of said work, one that explains where the images came from and why they speak so well to the audience. Mr. Breitenbeck has achieved that in The Wisdom of Walt Disney.

Be sure to pick up the book today, readers. This is one collection of essays no one should miss out on!

5 thoughts on “Review – The Wisdom of Walt Disney: The Themes, Ethics, and Ideas of His Greatest Films by David Breitenbeck”