Take a look at this fascinating article, readers! 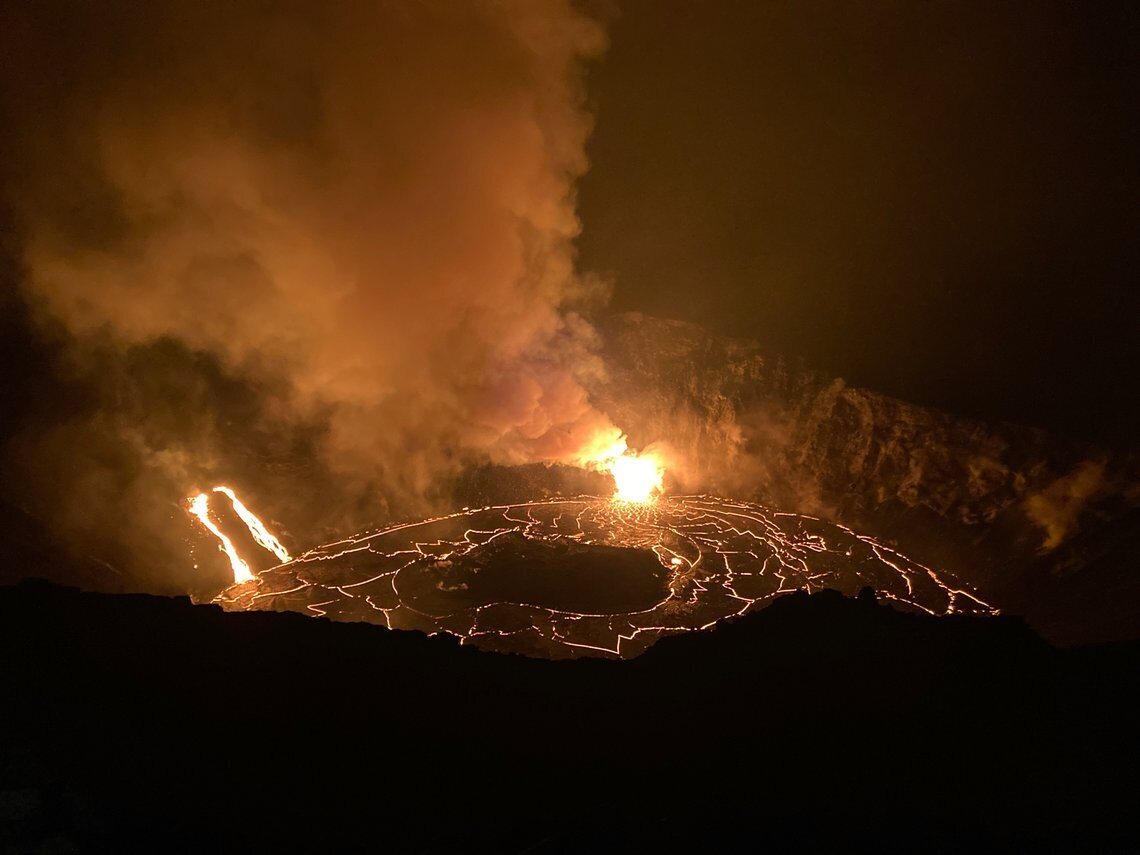 Kīlauea’s Lava Lake Is Back, and Volcanologists Are Bubbling With Excitement

There’s uncertainty, but the eruption is confined to the summit caldera.

LIKE IN MANY PARTS OF the world, 2020 has been an atrocious year for America: pandemic, wildfires, hurricanes, tornadoes, earthquakes, and more. “But then Kīlauea erupts, and we’re all like: ‘Yes!’” says Jackie Caplan-Auerbach, a seismologist and volcanologist at the Western Washington University.

On December 20, 2020, at 9:36 p.m. local time, Kīlauea—the crowning volcanic jewel of the Hawaiian archipelago—woke up from a surprisingly brief slumber and began gushing again. Waterfalls of lava began pouring into Halema’uma’u, the pit crater within the mountain’s cauldron-shaped summit. As of the morning of December 23, lava from two fissures continued to feed a growing lava lake—already more than 500 feet deep.

The volcano, making up the southeastern section of the Hawai’i’s Big Island, had been disquietingly silent as of late. The volcano had been erupting more or less continuously since 1983, eventually sustaining a lava lake within the summit caldera. But then at the start of May in 2018, it began a game-changing eruption sequence. In just three months, 14 square miles of the island were smothered in lava, 900 acres of new land had glommed haphazardly onto the shoreline, and the summit—exsanguinated of magma that flowed out of profuse eruptions on the eastern flank—collapsed to a crater depth almost the same height as One World Trade Center. Around 700 homes were destroyed by the flank eruptions, and the loss of property and business cost the state hundreds of millions.

Long before that eruption came to a screeching stop in early August 2018, the long-lived lava lake was gone. Water replaced it, eventually forming a muddy lake. By December 2020, no fresh lava had been seen for around 18 months.

“I love Kīlauea. Ever since I even knew about volcanoes, Kīlauea has been erupting,” says Jani Radebaugh, a planetary scientist and lava lake aficionada at Brigham Young University. “For [the lava lake] to have roared back, and it’s now twice as deep as that lake of water—I mean, it’s huge!” she says. “It’s fantastic. It’s so exciting.”