As has been said many times, this author is not much of a video gamer. Given how much time she must spend living, writing, reading, and handling the odd challenge, this is no surprise. There are only so many hours in a day, after all. If she wants to use them productively, she has to let certain things pass her by.

However, this does not mean that this author ignores video games. They contain stories, do they not? What kind of fictioneer can resist a good tale? We make our living as entertainers. If we are not checking out the competition, studying works from the past, or learning from our fellows, then maintaining our own fictional worlds will be difficult indeed.

So though this writer does not have the time or the skill to play too many video games often, she does make time to watch cutscenes from those that seem interesting or which she knows are good. Tracking down the relevant scenes may take effort, and some scenes inevitably slip through the cracks. But the endeavor is often worthwhile.

Being a fan of the original Star Wars* Expanded Universe, it is only natural that this writer would take an interest in tracking down various entries in the old canon for the franchise in order to enjoy and learn from it. That isn’t an easy task these days, especially where video games are concerned. While games such as Knights of the Old Republic* or KOTOR have remained viable enough that a potato can play them without trouble, others have more quirks which make them hard to play. Star Wars Jedi Knight: Dark Forces II* may not cause modern computers to hyperventilate, but the CGI is likely to turn a number of modern gamers off of the tale. 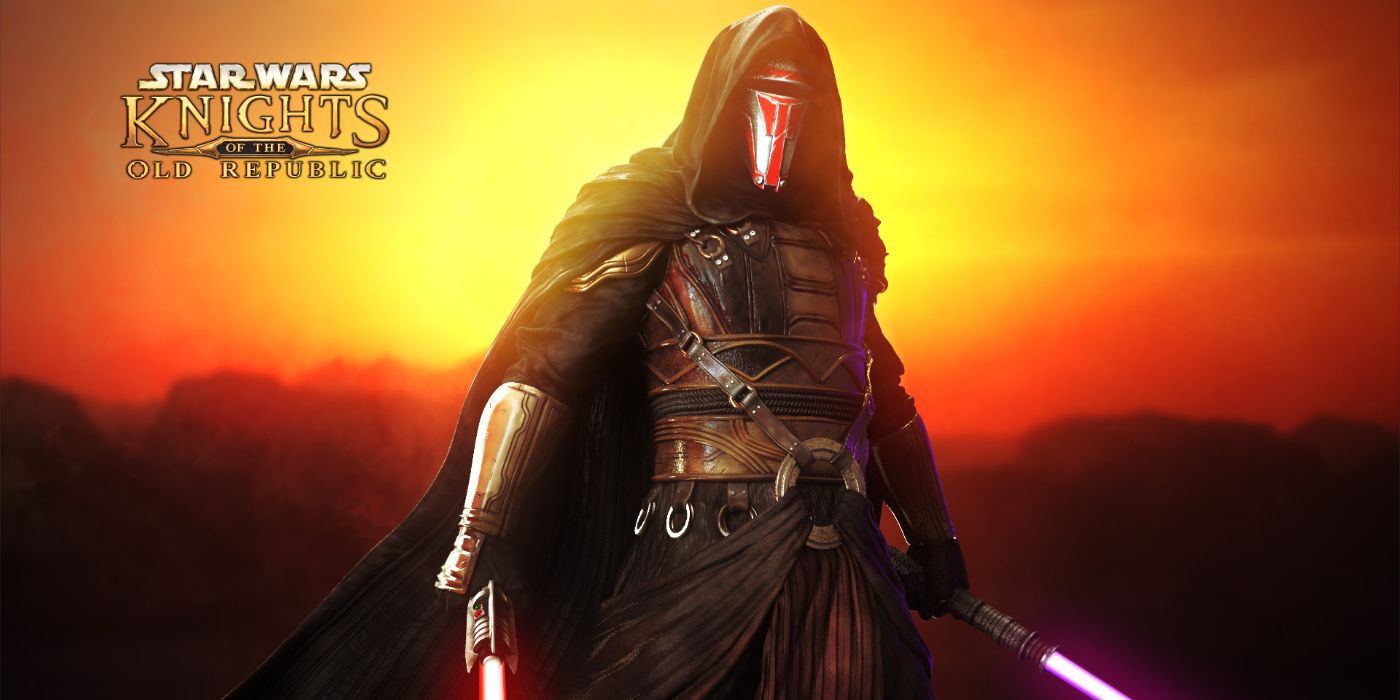 Even so, as a look back in time to see how far we have come, Dark Forces’ cut scenes are quite interesting. I still find the use of real actors – not CG presentations or motion capture – to be one of the selling points in this old game. Though they do not necessarily fit in with the computer-generated scenery and effects, it is still possible to see how cutting-edge this game was when it first came out. And how different it remains even today, since we no longer see real actors playing the characters “on screen” in video games.

By far, though, the item which brings this author back to Dark Forces when she can spare the time is the dialogue. I still remember being taken by surprise when watching these cut scenes, as the back-and-forth between Kyle Katarn (Jason Court) and Alderaanian Rebel operative Jan Ors (Angela Harry) zinged through my ears and into my brain. The shock wasn’t that they were bantering but that their banter sounded good. Natural and easy in a way that I was no longer accustomed to hearing lines spoken on film and videotape.

The same thing happens when I return to series such as X-Men: The Animated Series*, Stargate SG-1*, Gargoyles*, and other material. There is a certain joi de vive that spoken lines in these shows possess which is now lost to us. For all the verve in the MCU films’ spoken lines, it does not quite match up with the one-liners thrown around in stories like Dark Forces.

For an example, take this bit of byplay between Jan and Kyle roughly ten minutes after the game’s opening:

Kyle: Jan, what a pleasant surprise!

Jan (lifts goggles and smiles): What would you do without me, Kyle?

Jan (laughing as sensors warn of incoming fighters): Somehow I don’t see either content or an old man. (checks the scanner) So much for the relaxing chat….

When I first watched this scene it had been a long, long time since I had heard such comfortable repartee between protagonists, readers. Going back to other ‘90s fare in the intervening time – and even now – I am still caught by the relaxed way most series and stories treated dialogue during that era. It is not startling because it is unpleasant, but because it is in fact quite satisfying.

I’m not picking on modern entertainment such as the Avengers* films when I say that the dialogue in this game has a softer, more contented edge to it. For one thing, movies such as those have to tell stories in two and a half hours, while this game and others have up to thirty plus hours to tell a much more intricate tale. Condensing action that takes place over the course of three days is harder for a film than for a video game, as the former is expected to be short. The latter, on the other hand, is known to take an extensive period of time. 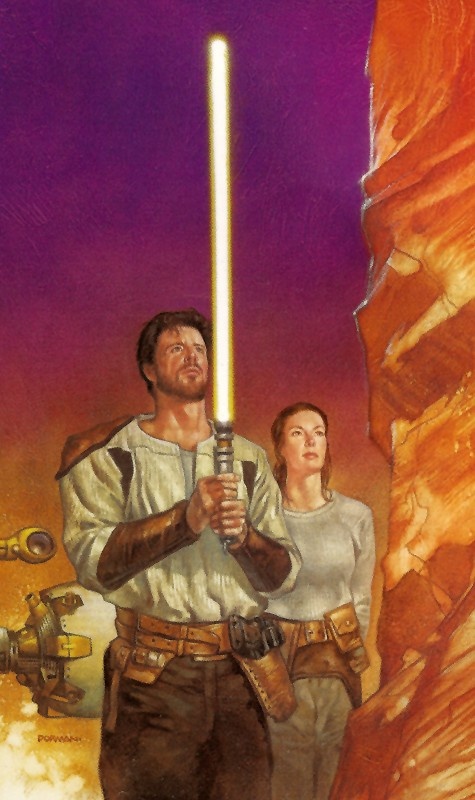 Furthermore, the Avengers films are a product of their era, which prioritizes short and sharp over short, happy, and creative. Our present age is, generally, one marked by what one author calls “flatness” or “frictionless” living. What this means is that one can swap an iPhone for a Smartphone and not notice the difference between the two, since functionally no difference exists. In the 1990s, it was understood that some things could not be combined without at least a modicum of effort, and that this tended to be a more creative response than simply ordering a new machine from a competing company that nonetheless looked and acted precisely like the previous item.

The energy needed to “make everything interchangeable” in modern times means we have a plethora of shiny new widgets but far less individuality and expression than we had even thirty years ago. Back then roguish heroes were rogues, not “snarkbucklers,” as Alexander Hellene likes to call them. There was an ease, an acceptance even, that banter between couples and/or friends could be sharp without being meant to hurt. It is difficult to describe this verbal behavior of the ‘90s accurately, future writers. But if you listen to it, you will hear the difference.

Contrary to the opinion of some, this is not a new development. Nor was the ‘90s style of dialogue new in its heyday. If you go through films and TV shows from previous eras you will find that the pendulum swings back and forth like this on a fairly regular basis. Noir films tended to have sharp dialogue that pierced the heart, which was quite different from the relaxed repartee of Bonanza*. In the same way, the dialogue in the Avengers’ films diverges from that of the animated X-Men series.

These are trends which come and go throughout time and which can be adopted by an author – or group of authors – who prefer writing one type of dialogue to the other. None of which is to say that your story may not benefit by some smoothing of the characters’ speech patterns. Short, sharp, and cutting has its place, but so does pithy, warm, and gentle. Whichever tack suits your story best is the one to go with, as it will be the one that your story needs in order to be told well.

But if you want to file the hard edges off of your space opera’s dialogue or your urban fantasy, then you need to listen to works that have done this already. Star Wars Jedi Knight: Dark Forces II is a good place to start. A number of the other shows listed in this post would be helpful as well, as would some of the original Expanded Universe material. No, it wasn’t all great, but even flawed gems can be beautiful and/or valuable. 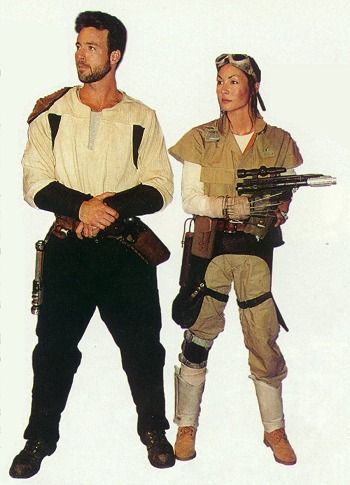 Go give the cut scenes for Dark Forces in the video link above a quick look, future authors. The video is half an hour – much more manageable than a large number of cut scenes other video games require telling their stories without the gameplay. It is a great reward for a minimum of effort.

Take the time to absorb a new skill, or dust off an underused one. It may just help with that work-in-progress you have been trying so hard to get polished up. And those are some tales I look forward to reading and hearing!

2 thoughts on “A Listening Ear – A Look Back at the Dialogue from Star Wars Jedi Knight: Dark Forces II”