No, fellow Zoids* fans, the title of the book being reviewed today has nothing to do with the franchise. I just couldn’t resist the reference. While it was not the best entry in the franchise by a long mile, not everything in Zoids: Fuzors was bad. Liger Zero and the Phoenix were two of the welcome items in an otherwise terrible show.

On the subject of the firebird, here is the blurb for Phoenix (The Carter Files, Book 1)*: 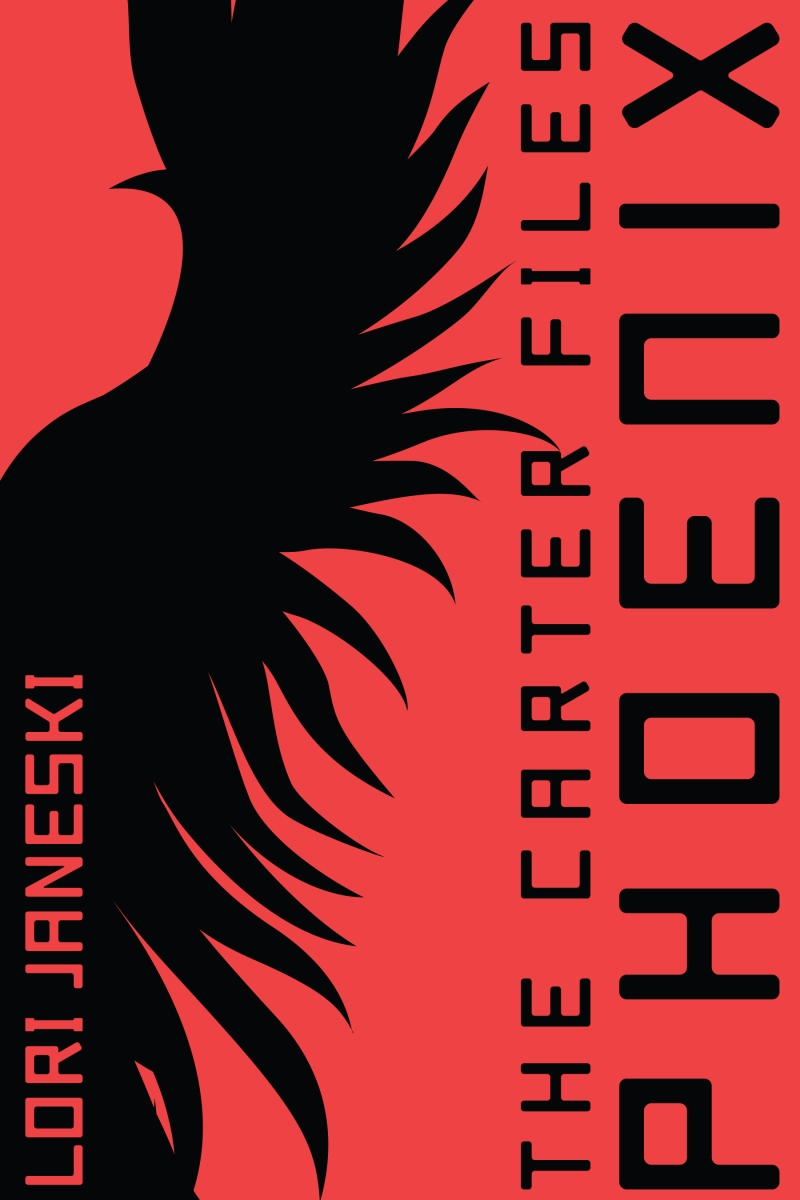 David Carter is one of the most decorated agents in the Interplanetary Police Forces, but for the last two years, he’s turned reckless, throwing himself into his work – or into the path of a criminal’s bolt pistol.

As a specialist in deception analysis and interrogation, Veronique de Tournay has been right where she wants to be: a profiler in the major cases bureau, Division 7. Unfortunately, the director has reassigned her to Special Agent Carter, and neither of them are happy about it.

After they stop a devastating attack on Mars, meant to kill thousands and cripple interplanetary travel, Carter and de Tournay discover evidence of other subversive attacks in the system. With time running out, the reluctant partners may be the only ones standing in the way of a conspiracy that stretches all the way from Luna to the Saturn Space Station.

This book has been on my radar for a while, since the cover art is beautiful and the story appeared intriguing. Additionally Ms. Janeski, the author, had a short piece – a prequel for Phoenix – in Planetary Anthology: Luna*. Reading that story was fascinating and a touch creepy since it followed a good man’s descent into madness. From what I recall, I was quite impressed with the worldbuilding accomplished in “Much Madness is Divinest Sense.” So reading Phoenix was definitely on the wish list.

Having finished the book, this writer can honestly say it was more than worth the purchase price. I cannot recall the last time I had this much fun in a sci-fi police procedural! The book feels like Babylon 5* got thrown in a blender with NCIS*, Joss Whedon’s Firefly*, and Final Fantasy VII*, only to be stirred and shaken again after the blender had done its job. Add a sprinkling of James Bond* and Timothy Zahn’s Quadrail* series into the mix, and you have the first entry in The Carter Files.

To say that I enjoyed this book would be an understatement. I love this book! The characterization for the heroes, the villains, and the side protagonists is absolutely beautiful. David Carter and Veronique de Tournay, the hero and heroine of the piece, have a dynamic relationship which is great. I cheered them on from start to finish and would do it again in a heartbeat.

Plotwise, you could not ask for a better mystery. By the time I figured out half of the conspiracy and who was orchestrating it, I had reached the fifty to sixty percent mark and was left wondering what the heck would happen next, not to mention how it all tied together. The worldbuilding remains excellent throughout the tale, too, with every planetary location having its own personality. Authors who can accomplish this feat, inside or out of the speculative genres, remain difficult to find, readers.

It must be said that the book did slow down in places, which was a bit irritating. However, from a character development standpoint, it made a great deal of sense. The heroes have to sleep between firefights, injuries, kidnappings, and saving planets after all. Carter and de Tournay also had to have enough breathing space to make their advancing relationship make sense; to have them suddenly trust each other and become best friends following their first big battle would not be believable. They needed time to feel one another out and discover that they could trust this person to watch their back for any and all threats – to themselves and others. 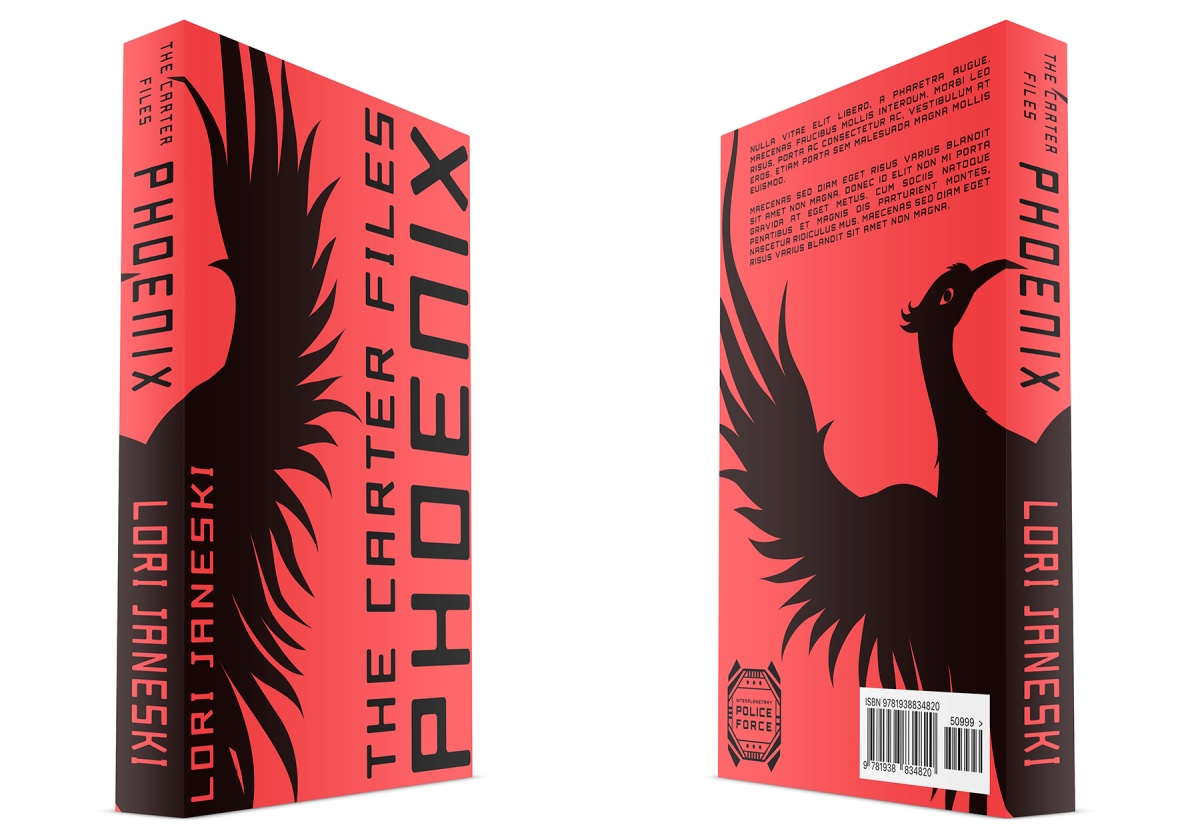 So while the extended periods between battles were a touch annoying, they were understandable. They give readers time to learn more about the world(s) in the story, to get to know the characters and those they meet a little better, and to calm down in preparation for the next fight. So the breaks slow the tempo for a reason.

Another point of contention for this author is the finale. I wanted to scream when I read it. Really? Really? After all that, they still have to deal with this creep? Where is book two! I need to see them bring this villain down. Preferably permanently, so we can have a new desperado or two pop up in even more books. I do not mind having recurring villains, but if the heroes don’t put this guy in space or in the ground, my suspension of disbelief will be irreparably broken. He is too much of a threat to them to be left roaming the system for too long.

On another, more praiseworthy note, this author was most impressed with how Ms. Janeski portrayed a character with a disability. No, I am not telling you which character it is – you will have to read the book to learn that person’s name. All I will say is that it is one of the best depictions of how a handicapped character ought to be portrayed in fiction. Ms. Janeski did not present the disability as a burden or a superpower. Nor was her portrayal of this character’s handicap a plot device or some kind of call to action. It was simply a part of the character’s life that could cause problems, open up opportunities, and generally affect how the character lived life, perceived the world, and dealt with the day-to-day goings-on in a solar system gone crazy.

Phoenix is a great debut novel. This is a series I want to see more of, and if the author branches out into other genres, I will read those books as well. So pick up Phoenix (The Carter Files, Book 1) today and crack it open, readers. This is a wild ride you will be happy to take! 😀