Nope, this isn’t sushi, readers. The dishes described in this fascinating article are all from the Ainu tradition. An ethnic minority in Japan, the Ainu’s history is long and storied. But they are generally not well-received by other denizens in the Land of the Rising Sun.

There are efforts being made to improve the Ainu people’s standing, however. The article below discusses one such endeavor; a restaurant that serves Ainu food and run by an Ainu woman. Her restaurant has become quite popular lately due to an anime called Golden Kamuy*, which follows a Japanese man and an Ainu girl as they search for a stolen cache of Ainu gold. If you are ever in Tokyo, this would be a restaurant you may wish to visit!

Learn more through the article linked below, readers: 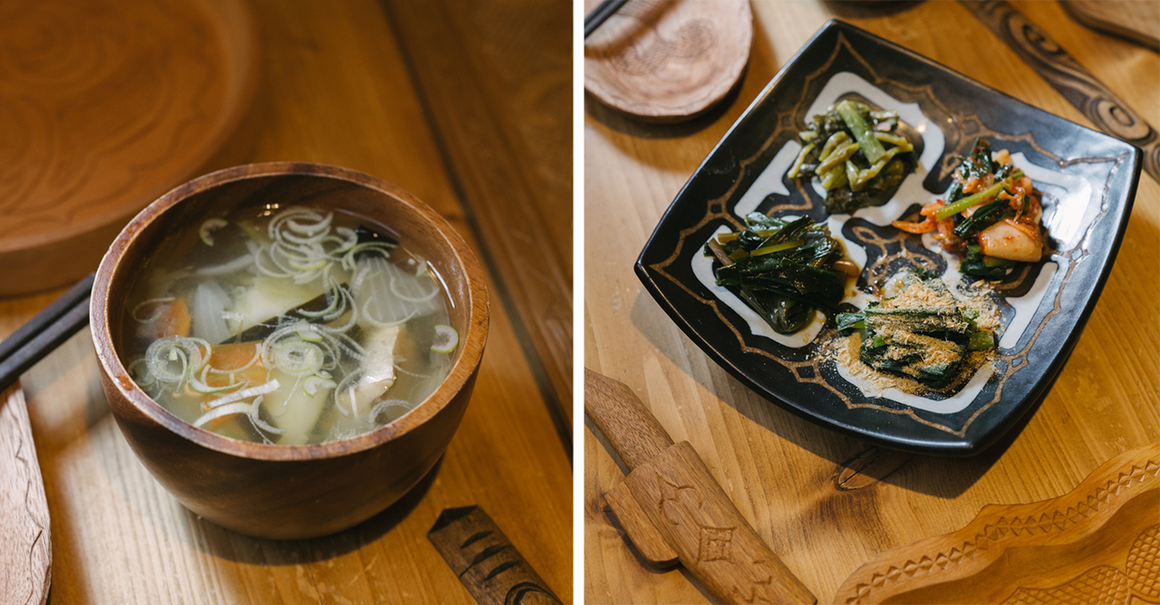 The Only Ainu Restaurant in Tokyo

Hidden among the bustling streets of central Tokyo, a dimly lit porch leads to a venue that feels a world away from the Korean barbecues and neon-lit karaokes that draw night-time crowds to the Ōkubo neighborhood. Through the door, which is often left open, is a corridor lined with photographs and a softly lit room. As it draws nearer, so too do the sounds of ancient chants sung to a hypnotic beat and the smell of homemade stew.

The small izakaya (an eatery-cum-bar) has only five tables and a kitchen at the far end. Among the wood and straw furnishings, artifacts are on display: a wooden string instrument decorated with sinuous carvings, an indigo robe featuring intricate patterns of interconnected lines and shapes, an old map of Hokkaido (Japan’s northernmost main island). Each of these objects is important to the Ainu, the Indigenous people of northern Japan and Russia’s Sakhalin and Kuril Islands, whose culture is celebrated here at izakaya Harukor.

Out of 150,000 restaurants in Tokyo, Harukor is the only one serving dishes made by the Ainu, a minority group that has faced discrimination ever since, in the wake of centuries of trade, Japan invaded and annexed their native land of Hokkaido and fought with Russia over control of Sakhalin and the Kuril Islands—a part of whose Ainu populations were forcefully displaced to Hokkaido—in the second half of the 1800s.

Subjected to a policy of assimilation, Ainu people lost their traditional way of life and were forced to become Japanese citizens. This process of cultural erasure, however, wasn’t entirely successful—a fact on display at Harukor, where Ainu founder Teruyo Usa serves dishes such as rataskep, a mixture of stewed wild vegetables and beans mashed with pumpkin and animal fat, and sito, rich dumplings traditionally offered to Ainu gods, known as kamuy, during ceremonies.

At Harukor, Usa prepares ohaw, a soup that was once an Ainu staple made with seasonal ingredients, as a delicate broth imbued with wild vegetables and salmon. “It was a fixture when I was a child, but my parents never told me it was an Ainu dish,” she recalls. “Up to the age of 10, I lived in Hokkaido. I didn’t know anything about Ainu culture and had to conceal my identity because of the stigma.”