Forgive the Jim Croce* reference, readers, but it was the first thing that sprang to mind. If you have not heard any of his songs yet, I highly recommend checking them out after you read this article. That man could sing! 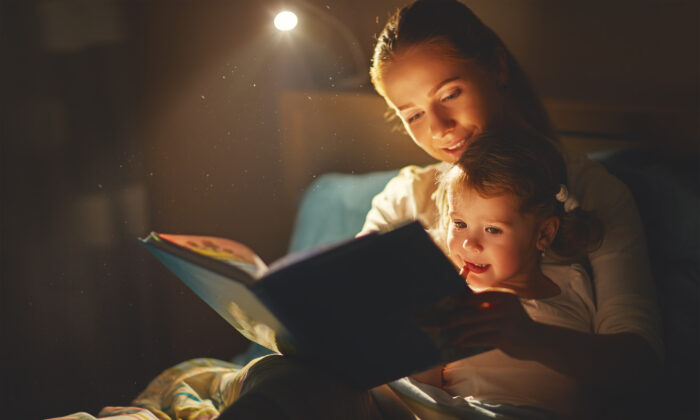 Once Upon a Time: The Importance of Fairy Tales for Children

I hardly knew my mother’s mother, who died when I was in second grade, but to this day, one picture of her face remains vivid in my memory.

Three years before her death, we were in an upstairs room of our house, and Grandma was telling me the story of “Little Red Riding Hood.” Her front teeth were large, and protruded a bit, and when she came to the part where Little Red Riding Hood says to the wolf, “What big teeth you have, Grandmother,” my grandmother scared the dickens out of me by then roaring, “The better to eat you up with, my dear,” and snapping those teeth at me.

Whenever I reach that point in the story, while telling it to my own children and grandchildren, in my mind’s eye, I don’t see a wolf. I see Grandma.

That’s no insult to her. It’s very much a tribute both to her storytelling talents and to fairy tales.

From Campfires to Movie Theaters

For untold generations, human beings have swapped stories about fairies and goblins, princesses in distress, witches, spells, animals transformed into people and vice versa. Some folklorists like the Brothers Grimm collected and recorded these tales. Others like Hans Christian Andersen composed their own fairy tales.

6 thoughts on “Fairy Tales and Memories….”