And here we are with another review, readers. You might recall that I mentioned I had read The Unexpected Enlightenment of Rachel Griffin* in my review of Fantastic Schools, Vol. 2*, which you can read here. For this reason, this author had enough familiarity with Ms. Lamplighter’s world that reading the short story was a greater treat than it would have been otherwise.

From the blurb on the back: 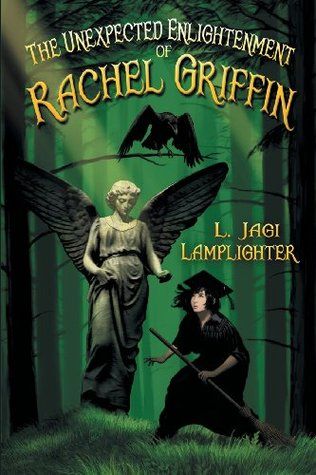 Roanoke Academy for the Sorcerous Arts – A magic school like no other!

Nestled amidst the beauty of New York’s Hudson Highlands and hidden from the eyes of the Unwary, Roanoke Academy is a place of magic and wonder. It offers everything a young sorceress could desire – enchantments, flying brooms, and the promise of new friendships.

On her first day of school, Rachel Griffin discovers her perfect memory gives her an unexpected advantage. With it, she can see through the spell sorcerers use to hide their secrets. Very soon, she discovers that there is a far-vaster secret world hiding from the Wise, precisely the same way that the magical folk hide from the mundance folk.

When someone tries to kill a fellow student, she investigates. Rushing forward where others fear to tread, Rachel bravely faces wraiths, embarrassing magical pranks, mysterious older boys, a Raven that brings the doom of worlds, and at least one fire-breathing teacher.

Described by fans as: “Lovecraft meets Narnia meets Hoqwarts,” The Unexpected Enlightenment of Rachel Griffin is a tale of wonder and danger, romance and heartbreak, and, most of all, of magic and of a girl who refuses to be daunted.

Curiosity may kill a cat, but nothing stops Rachel Griffin!

Those are bold words, indeed. 😉

I can say firsthand that the description from fans is not far off, though personally I would say the book is more along the lines of American Girl* smashing headfirst into Harry Potter*, Nancy Drew*, Scooby-Doo*, Marvel Comics, and a plethora of other franchises traditionally aimed at younger audiences. The Chronicles of Narnia* and Harry Potter may have been the driving inspiration behind the novel and subsequent series’ creation, but they were not the only items which Ms. Lamplighter put in her blender. By the looks of it, she threw everything but the kitchen sink into the Unexpected Enlightenment books*.

This writer would also say that this novel is the female counterpoint to the Harry Potter series. This has less to do with the fact that the heroine is a tween girl and more to do with the fact that she is a tween girl with her First Crush. As Declan Finn noted in one of his reviews of the Rachel Griffin books, when the heroine begins thinking about her crush, the prose becomes quite…purple. Not to mention rather melodramatic.

It did not bother me in this book – I found it entertaining. What tween or teen girl hasn’t indulged in wild fantasies about their crushes? Reading those passages was rather like looking back in time and smiling at old foolishness. I imagine other female readers will identify with this trait of Rachel’s and will be similarly amused.

As a reviewer, this writer must admit that in some places the story is a bit hard to follow. There were times I had to backtrack to reread a paragraph or three to figure out what was going on, what was being referenced, or who was speaking. The worldbuilding details were not always delivered in such a smooth way that I understood the details until much later. Since I didn’t encounter this difficulty with the Rachel Griffin story in Fantastic Schools, Vol. 2, I can only imagine that either Unexpected Enlightenment needed another editorial pass, or I was in too much of a rush to keep track of everything as it came at me. Something else which threw me when I read the book first were the references to Ancient, pagan religions in the modern day. It turns out that, in Rachel’s world, Christianity does not exist. Oh, electricity, cameras, iPhones, and the like exist certainly, but there are no Christian churches, statues, or reliquaries. References to nuns, brothers, et cetera all tie back to Ancient Rome, Greece, Persia, Japan, India, and so on. Though words like “steeple” exist in the series, no one actually knows what a steeple is. Being part of a Christian church’s exterior, since there are none about, there is no need for a steeple.

The good news is that these moments of bewilderment were not so frequent I could not enjoy the story, and I soon got the hang of the series’ atmosphere. Events happen at a rapid pace in this book; by the end of her first five days at Roanoke Academy, Rachel has seen fellow classmates killed, buildings blown up, a major battle, and been the target of a rather nasty school prank. Coming to the end one wonders how anyone got the least bit of sleep during the five-day adventure, with all the chaos flowing around them.

The characters are all fun to read about. Rachel is sweet, intelligent, and makes good use of her talents. Her friends are charming, with one or two leaning a bit more to the zany side than some would consider reasonable – or safe, for that matter! They make the ride all the more enjoyable by yelling not in fear, but in anticipation of the next twist in the roller coaster that is their new life at school. Given the general atmosphere of angst and fear in most teen and tween adventure novels, this makes Unexpected Enlightenment a breath of fresh air. It is nice to have “traveling companions” who can mourn the dead, shudder at danger, and still jump into the fray with a smile and a holler of, “Look out below!”

Besides, these books are supposed to be fun. Yes, in real life, these journeys hold a bit more terror than they do in fiction. But that is just the point – fiction is not real life. It is an escape to a world where anything is possible, friends wait around the corner, and dragons walk the earth. Who would not look at that and, despite the danger, be eager to engage in a little judicious mayhem?

If you know a youngster who enjoys reading about magical schools, I highly recommend picking up The Unexpected Enlightenment of Rachel Griffin and its sequels. The e-book* is currently available on Amazon’s Kindle store for free, so purchasing it there will be easy. The paperback edition is well priced and the illustrations in both copies are quite nice.

Roanoke Academy is truly a place of enchantment and wonder, one which any reader would be happy to visit. Young or old, don’t wait to explore this fantastic school. Order a copy today, and prepare for a grand adventure! 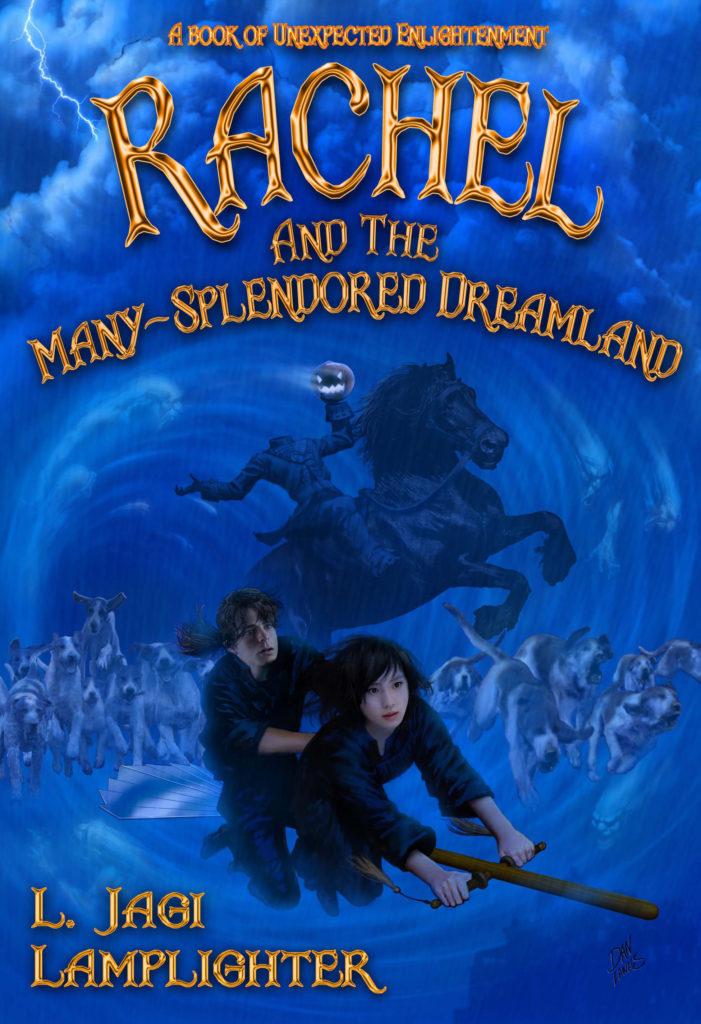 *These are Amazon affiliate links. When you purchase something through them, this author receives a commission from Amazon at no extra charge to you, the buyer. If you liked this article, friend Caroline Furlong on Facebook or follow her here at www.carolinefurlong.wordpress.com. Her stories have been published in Cirsova’s Summer Special and Unbound III: Goodbye, Earth, while her poetry appeared in Organic Ink, Vol. 2. She has also had stories published in Planetary Anthologies Luna and Uranus. Another story was released in Cirsova Magazine’s Summer Issue. Her most recent piece is available in Planetary Anthology: Sol. Order them today!

One thought on “Review: The Unexpected Enlightenment of Rachel Griffin by L. Jagi Lamplighter”