Take a look at this intriguing article from New Atlas, readers: 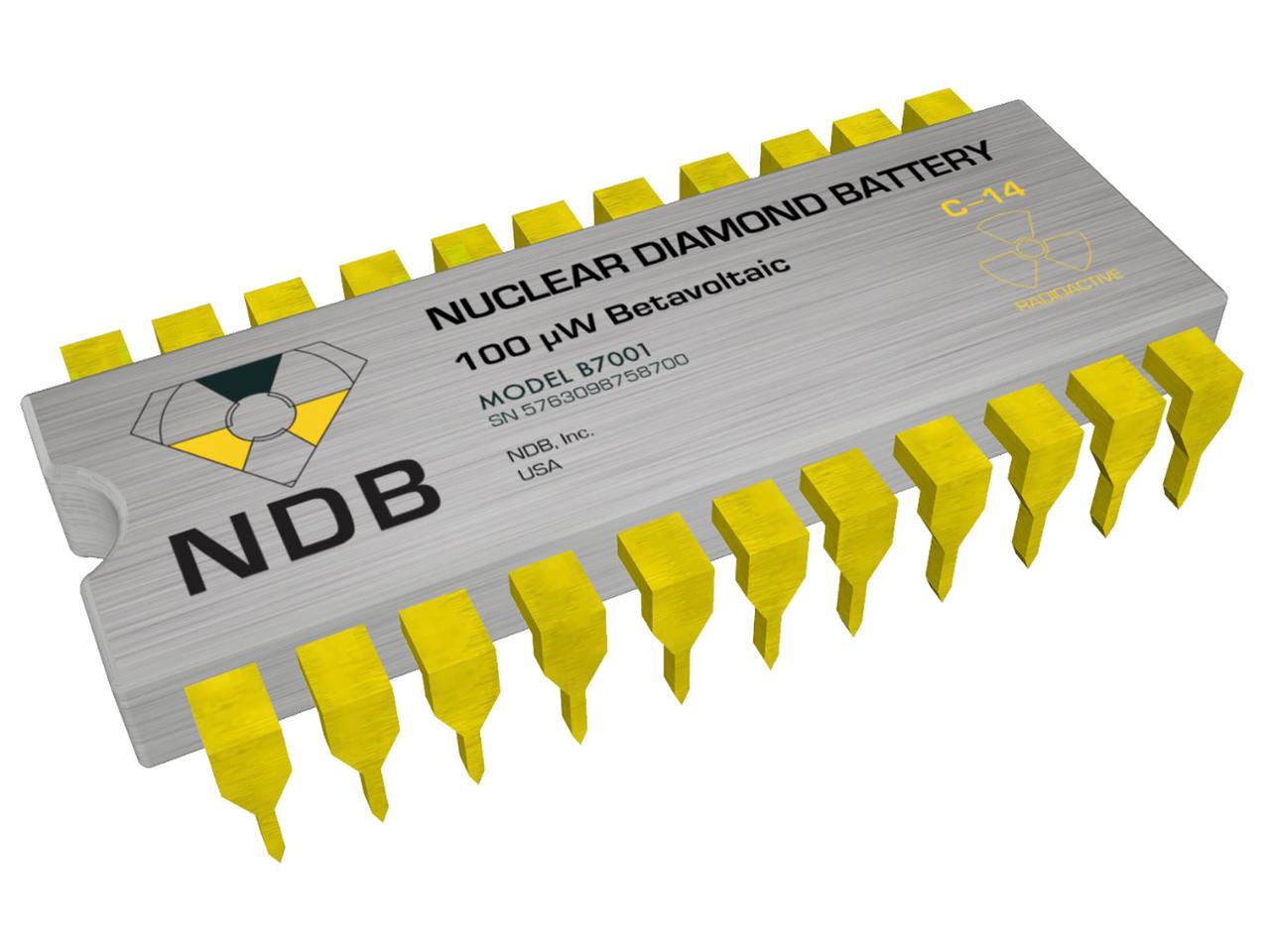 California company NDB says its nano-diamond batteries will absolutely upend the energy equation, acting like tiny nuclear generators. They will blow any energy density comparison out of the water, lasting anywhere from a decade to 28,000 years without ever needing a charge. They will offer higher power density than lithium-ion. They will be nigh-on indestructible and totally safe in an electric car crash. And in some applications, like electric cars, they stand to be considerably cheaper than current lithium-ion packs despite their huge advantages.

The heart of each cell is a small piece of recycled nuclear waste. NDB uses graphite nuclear reactor parts that have absorbed radiation from nuclear fuel rods and have themselves become radioactive. Untreated, it’s high-grade nuclear waste: dangerous, difficult and expensive to store, with a very long half-life.

This graphite is rich in the carbon-14 radioisotope, which undergoes beta decay into nitrogen, releasing an anti-neutrino and a beta decay electron in the process. NDB takes this graphite, purifies it and uses it to create tiny carbon-14 diamonds. The diamond structure acts as a semiconductor and heat sink, collecting the charge and transporting it out. Completely encasing the radioactive carbon-14 diamond is a layer of cheap, non-radioactive, lab-created carbon-12 diamond, which contains the energetic particles, prevents radiation leaks and acts as a super-hard protective and tamper-proof layer.

To create a battery cell, several layers of this nano-diamond material are stacked up and stored with a tiny integrated circuit board and a small supercapacitor to collect, store and instantly distribute the charge. NDB says it’ll conform to any shape or standard, including AA, AAA, 18650, 2170 or all manner of custom sizes.

One thought on “Nuclear Batteries?”