A true friend is someone who is there for you when he’d rather be anywhere else. – Len Wein 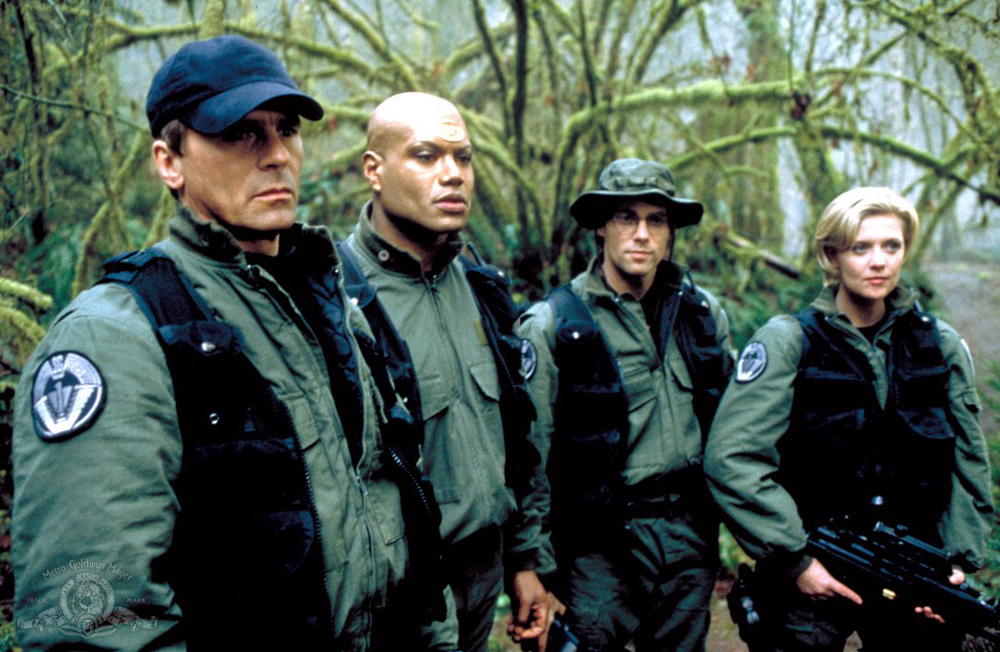 Daniel Jackson telling Colonel Jack O’Neill to leave him behind in “Within the Serpent’s Grasp”* after he has been mortally wounded is a scene that has remained in my memory for decades. Listening to the Virginian* (played by James Drury) relate an incident during his part in the Spanish-American War, where a fellow soldier carried him through various dangers when the Virginian was too injured to move, is a similar moment that affected me. And I still recall biting my lip in fear as Benton Fraser* of the RCMP tears through his best friend’s house in an attempt to find “evidence” planted there to ruin the other man’s life.

One reason why this author enjoys Final Fantasy VII* so much is the fraternal bond shared by Zack Fair and Cloud Strife, which is so strong that Zack is willing to give up his life to save the younger man. The camaraderie and competitive spirit expressed by the predominantly male racers in Hot Wheels World Race* are among the influences that this author counts as a favorite in her writing repertoire, along with the fellowship expressed by Hecules and Iolaus in Hercules: The Legendary Journeys.* And how can anyone forget watching Detective Ryan tell his wife over the phone to name their child Javier (if it is a boy), after his best friend and partner Detective Javier Esposito, while the two are struggling to breathe and escape a burning building in Castle*?

Then there is the expression on Roxstan’s face when, during an episode of Sir Arthur Conan Doyle’s The Lost World*, he must pretend to be Ned Malone’s commander as the latter suffers from the effects of a hallucinogenic poison dart. Han Solo searching Hoth in the midst of a fierce blizzard to find Luke Skywalker, and Cap taking a beating from the Winter Soldier in a last-ditch attempt to bring Bucky Barnes to his senses. Tell Sackett carrying Cap Rountree down from their gold mine in the mountains to avoid the vengeful Bigelows and their henchmen, Spock dying to save the Enterprise while promising to remain James T. Kirk’s friend – the list, written and performed, is endless. It is inspiring and uplifting…..

Yet, in the present atmosphere of entertainment, no one writes scenes like these anymore.

A number of the moments mentioned above were written and filmed twenty or more years ago. Outside of the MCU, the Fast and Furious* franchise, Japanese anime, and a handful of individual shows like the previously mentioned Castle, I find it difficult to summon up scenes in line with the archetypal tale of Damon and Pythias from Ancient Greece. This field, once ripe with possibilities, has all but evaporated in the last two decades.

This is part and parcel of the emasculation of fiction, something writers such as Adam Lane Smith, Rawle Nyanzi, and D.G.D. Davidson have mentioned several times. Mr. Smith rightly points out that a man ought to have principles he can live up to, fight for, and refuse to relinquish. At the same time, Mr. Nyanzi reminds his readers that men enjoy romance, too. It is not the same as women’s romance, but why should it be? Men and women have different tastes in all things. Why should fiction be the exception?

Mr. Davidson observes that boys need role models and adventure. They need to know that it is possible to fight for something good and win; more to the point, they must know that doing both these things leads to rewards greater than they can imagine. A quick sweep of most YA (Young Adult) fiction will prove that boys in the (post?) modern era are being denied all of the above in the stories that are supposedly directed at them.

In this author’s opinion, they are also being refused the knowledge that “greater love than this hath no man, than to lay down his life for his friend.” Surrendering one’s life for kin and clan, for spouse and children, or even for a cause is something that is expected of men, at least to some degree. But to lay down one’s life for a friend, when all they have between them is the “trail dust” they choked on together, as L’Amour put it in The Daybreakers* – that is something special. That is something transcendent, which is why it was immortalized in the legend of Damon and Pythias thousands of years ago. Being willing to sacrifice one’s life or even a piece of one’s soul to protect another man not related to oneself in any way, shape or form….. It is a breathtakingly beautiful aspect of masculinity that not only deserves to be remembered, but to be passed on to future generations. 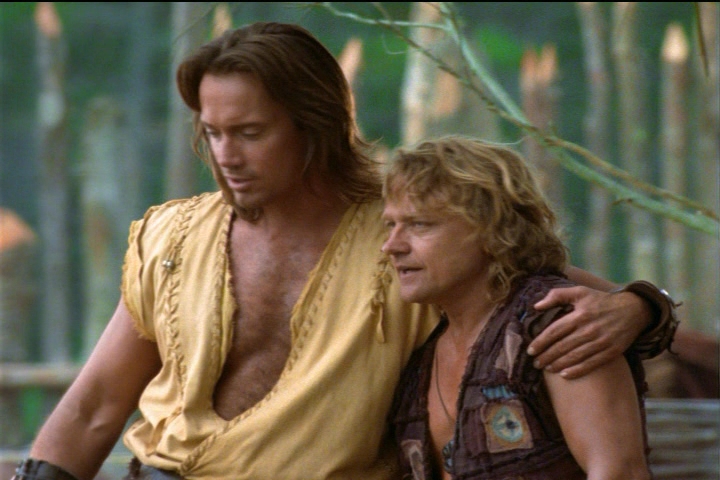 Perhaps that is why scenes such as those described above have always had a particularly strong effect on this author. The willingness to stand and fight, to protect what is theirs at all costs, is something she has admired about the opposite sex her entire life. And it is something she wishes to see more of in present fiction – even if she has to write it herself.

Maybe, just maybe, she will succeed in passing on her love of these archetypes to successive audiences. With luck and hard work, she might be able to give them the same appreciation for this aspect of the craft of fiction that she has.

So….. Let’s see where this road goes, readers. 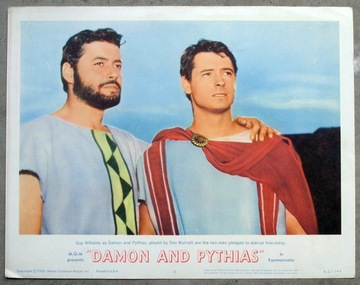 *These are Amazon affiliate links. When you purchase something through them, this author receives a commission from Amazon at no extra charge to you, the buyer. If you liked this article friend Caroline Furlong on Facebook or follow her here at www.carolinefurlong.wordpress.com. Her stories have been published in Cirsova’s Summer Special and Unbound III: Goodbye, Earth, while her poetry has appeared in Organic Ink, Vol. 2. She has also had stories published in Planetary Anthologies Luna and Uranus. Her latest story is available in Cirsova Magazine’s recently released Summer Issue. Order them today!