While listening to Thundercats, Ho! – Creating a Pop Culture Phenomenon, something said by one of the interviewees caught this author’s ear. For those who may not recognize the title of the linked video, Thundercats* was a 1980s animated television series for children. It focused on a race of humanoid cats or feline humanoids – the titular Thundercats. A mash-up of space opera, fantasy, and old-fashioned comic book storytelling, this series remains beloved by many even today.

Peter Lawrence, a writer for the series, is one of those interviewed. He appears onscreen three minutes into the video. Speaking about the transition of the Thundercats from paper to animation, he said he was told this by the studio executives: “….What you have to understand about animation is that, whatever you can imagine, whatever you want, you can do. You just have to write it.”

He then goes on to add, “So what you must do is open your mind to…anything. So it never occurred to me that we couldn’t have an Egyptian character and a space ship. Why couldn’t we have Thundertanks? As long as you could somehow fit it within that format….”

His words set this writer back on her heels. When was the last time anyone heard an author say something like this in recent memory? Casting my mind back, I may be able to recall someone say something similar about creating a story for either animation or for comic books. But to the best of my memory, I cannot remember hearing someone say anything like this recently about visual media – or about writing in general.

Most of the modern author’s focus is on making his work “realistic.” There has to be an explanation for how anti-matter or other space engines function within the narrative, the aliens have to have superior technology, the elves in a fantasy novel either have to be oppressed by humans or vice versa…. You get the gist. There are now a dozen expected “rules” enforced by “experts” in the market that make fiction easier to sell. Coincidentally, these “rules” also make the majority of books on the market stale and boring reads.

If you have ever scanned the sci-fi/fantasy bookshelves at a Barnes & Noble, a library, or another big retailer, you know what I am talking about. Nine out of ten of the novels on the shelves have back blurbs that sound as though they copied and pasted from one another’s files. Young Adult fiction tends to have more leeway, but even that genre has ossified over the last few years.

Television and film are even worse. Apart from the MCU, The Huntsman films, Dreamworks Animation, the LEGO films, Illumination Entertainment, and a couple of animated Disney movies, there hasn’t been much imagination on display in the entertainment industry in the last ten years. A great many films are outright trash, either because their writers cared more for the message than the material, or because they were remaking a classic that needed no enhancement. 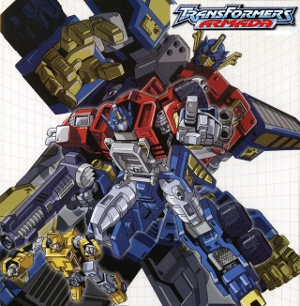 Japanese anime has, largely, filled the void on the small screen by happily mashing up genres and ideas the same way the writers of Thundercats did. While they have their ossification issues as well, these are less pronounced to Western eyes because writers in this Oriental medium have not been forced to abide by the same “rules” Westerners have. Whether or not that will continue remains to be seen, since nothing lasts forever. At the moment, though, it is a better source of inspiration than most of the wasteland we see about us in the West.

I will not go into detail about how and why Western storytelling has atrophied to this point. Authors such as J.D. Cowan, Bradford C. Walker, Rawle Nyanzi, and Brian Niemeier have discussed this on their own websites. I recommend looking up their writings on the matter and forming your own opinions.

What is important, in this writer’s view, is to recover that “throw everything and the kitchen sink at the page and see what sticks” attitude. Not too long ago, this approach to storytelling produced some truly entertaining tales, both on screen and on paper. If you look up Oban Star Racers, Dragon Booster, Sherlock Holmes in the 22nd Century, Gargoyles, Storm Hawks, Avatar: The Last Airbender, and other animated shows like them, you will see Peter Lawrence’s words put into action. If they could write it, these authors did, and the results are clean (if a little kooky) fun.

The same can be said of such shows as Sliders, Sir Arthur Conan Doyle’s Lost World, Stargate SG-1, Due South, Beast Master, Hercules: The Legendary Journeys, and Brisco County, Jr. Films and novels are a little harder to trace back for this author, as many of them fell under the shadow of Star Wars, Indiana Jones, Terminator, and other dominant franchises started in the late ‘70s and carried on throughout the ‘80s.

If you want to try and gain this lost perspective for yourself, in regard to novels and short stories, I suggest reading as many books written before at least the 1990s as you can. Look up authors such as Edgar Rice Burroughs, Lord Dunsany, Andre Norton, Leigh Brackett, C.L. Moore, and as many of their contemporaries as you can. This goes for children’s tales as well, from The Indian in the Cupboard on back to The Wind in the Willows.

Each and every one of these stories has something to teach future writers today. From the style of writing to the brazenly outlandish creativity bursting from between the pages or leaping off the screen, you can learn a great deal about the craft of storytelling from these older, kookier tales. Watch and/or read them, study them, then do your best to recall all the crazy ideas you had when you were playing with toys, sticks, and puddles as a child.

You can even add in some foreign elements to this mix, if you like. Whether they are from Japanese anime or Russian opera, pull from a variety of sources. “Rules” such as those espoused by the people turning the SF/F market into a “pit of despair” are useless at earning either an audience or a paycheck in the long run. As long as you can make your “Ancient Egyptian and space ship” co-exist within the framework of the story, no one will care about how or why they got there. They will be having too much fun hanging out with your heroes and villains.

If it worked for Thundercats, future authors, then why can’t it work for you? 😉

If you liked this article, friend Caroline Furlong on Facebook or follow her here at www.carolinefurlong.wordpress.com. Her stories have been published in Cirsova’s Summer Special and Unbound III: Goodbye, Earth, while her poetry appeared in Organic Ink, Vol. 2. She has also had stories published in Planetary Anthologies Luna and Uranus. Her short story “Death’s Shadow” is in Cirsova Magazine’s recently released Summer Issue. Order them today!