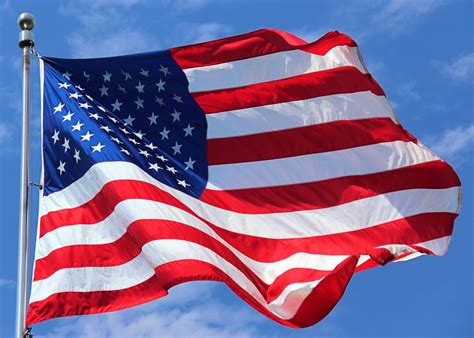 “Left to themselves, Americans build, cultivate, bridge, dam, canalise, invent, teach, manufacture, think, write, lock themselves in struggle with the eternal challenges that man has chosen to confront, and with an intensity not known elsewhere on the globe. Bidden to make war their work, Americans shoulder the burden with intimidating purpose. There is, I have said, an American mystery, the nature of which I only begin to perceive. If I were obliged to define it, I would say it is the ethos – masculine, pervasive, unrelenting – of work as an end in itself. War is a form of work, and America makes war, however reluctantly, however unwillingly, in a particularly workmanlike way. I do not love war; but I love America.” – John Keegan, “Fields of Battle: The Wars for North America”

Mr. Keegan, a student of war who wrote a great deal about it, sums up the American philosophy well in the above paragraph. Anyone who thinks Americans do not have a propensity for war has never watched us play American football. The entire football field is a chess board with real people who get to step off of it not just with their own lives, but with a livelihood. And before anyone says chess isn’t a war game, please recall it was developed in the Middle Ages to teach and practice tactics.

Americans do not like war; we are not a bloodthirsty people. We have been accused of this, but while Americans may enjoy a good scrap, we do not prolong it or engage in combat simply for its own sake. Recently our politicians have lost sight of this, and for their own purposes have assigned our troops nebulous, open-ended missions. Historically, we did what we had to do to protect ourselves and the good things in this old world. Then we packed up and went home.

Some have claimed we are an empire, but I have yet to see any proof of that. Aside from the states of Alaska and Hawaii, what new territory did we add to our country at the end of World War II? We released the Philippines, which we won in a war with Spain, from our territorial hold after the Second World War. Although they remain our ally they are, in fact, an independent nation. We played planetary beat cop for decades, but we never appropriated any territory while we did it. If we were a true empire, wouldn’t we have taken the lands we patrolled and put them under our control in perpetuity?

In 1945, we had just beaten the Nazi war machine to a pulp and laid the Japanese Empire low. We had flattened these empires which, a few years earlier, had easily defeated the decadent Empires of Western Europe and run riot in the Far East. Neither the Germans nor the Japanese can be accused of being slouches in the war department. Both have a proud warrior heritage, and I would pity almost any country idiotic enough to go to war with either of them today.

Yet in 1945, no matter how one looks at it, the United States had both these would-be empires pounded into the dirt. Europe and Asia were in shambles. With the world in veritable tatters, the U.S. could have laid claim to the entire planet and become a new, Romanesque empire.

But we did not do any of that. Instead we buried our dead, packed up our war equipment, and went back to the land of the free and the home of the brave. Disbanded our Armies and Fleets and destroyed their machines. We literally walked away from world power to go back to our families in the cities, suburbs, rural communities, and farms we called home. Just like Cincinnatus of old, we let it all go. Why?

That is a good question. No other country in the world, if it had had that much power laid out before it, would have said no. They would have grabbed the reins and held on for dear life, determined to meet or surpass Rome in their exploits. In point of fact, that is just what the U.S.S.R. tried to do through its annexation of Eastern Europe and funding of Communist revolutions around the world; ditto Communist China. Though we did not put up a proper fight against their antics until the 1980s, the only ones who prevented them from taking the world and making it their miserable oyster was the United States of America.

“Republic.” How many of us remember that the United States is not a democracy but a Republic? There is a stark dividing line between these two systems of governance, and it is an important distinction. Democracy is government by majority rule; the minority has no say in what the government does, or how it is run. This is why, historically, democracies always devolve into tyrannies. The mob is never more than a single vote away from running roughshod over the rest of the populace, and it often has an easy time winning that one vote to its own side.

A Republic is different. In a Republic, the power is vested in the people, who elect representatives to deal with the affairs of government (local, state, national, and international) so they may live their lives in peace. These representatives are answerable directly to the people. In the American Republic, the Founders ensured that the bigger states (those with greater populations) would not outweigh/outvote the smaller ones (those with lesser populations), in the development and passage of laws. This is the genesis, main purpose, and intrinsic value of the Electoral College. The separation of the Executive, Legislative, and Judicial branches of the government was meant to ensure that the Republic did not fall into tyranny – not without one heckuva fight.

That brings us back to both Mr. Keegan and John Wayne’s point. Why does the American treat war practically as a sport – because he loves it? We have already established that he does not. No, he practices war to protect his livelihood, his freedom to live his life according to the dictates of a rightly formed conscience, unmolested by the government.

Liberty is freedom tempered by a rightly formed conscience. It is not doing whatever one wants however one desires to do so, to whomever or whatever he so chooses. That is not freedom but license – the very antithesis of liberty. Real liberty, real freedom, is the ability to choose where one wants to work, how one wants to work, with whom and for whom he wants to work. The American does not have to follow in his father’s footsteps and become a plumber or a politician. As long as he does his job honestly and well, raises his family to be good citizens, and does his duty in time of danger, no one will care where he came from or whose son he is.

Has America lived up to this shining ideal in all times and in all places? Yes, we have. By striving to meet this image of perfection we have met this glorious model. Our failures in this area have led us to repair our mistakes and remember what we did wrong, so that we can avoid making the same blunder twice. We have discarded that which held us back from achieving our desired paradigm, and we will do so again whenever we meet a new flaw that needs to be eliminated from our national character.

Some like to say that decades of prosperity and relative safety have softened us. But these people have, clearly, not paid any heed to the lesson offered by American football – or any other uniquely American sport. Football, baseball, and basketball are all American war games. They are activities that pit men against men on a field of combat. Two teams enter, only one leaves victorious. I notice no one has tried giving participation trophies to these professional sportsmen, and that there are still a great many young men eager to take part in these games, despite the inherent health risks.

Contrary to the educated buzz, Americans still love a good scrap. They still like to go to war with the environment, their own circumstances, and occasionally other men. While Americans may fight with different tools, when push comes to shove we will fight. Yes, we may be reluctant or unwilling to go into combat. But that should only give our enemies greater pause. A populace which seeks to avoid war despite constantly practicing for it is not a nation prone to quitting. When we play the Game of War, we play it to win. Losing is not, and has never been, an option for the United States of America.

Is it any wonder why authors down the years have found America so inspiring? She isn’t just a nation, a mother country. She is an ideal – and ideals never die. Not unless those who love them allow them to do so. Happy Independence Day, readers! May God bless you, and may God bless the United States of America!

2 thoughts on “Remember the Republic”