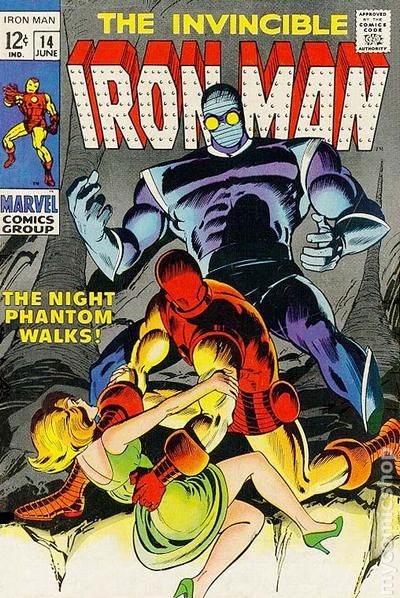 Not long ago this author finished reading Marvel’s Essential Iron Man Vol.3*. Though it had been available for some time, for various reasons, this writer did not take the opportunity to peruse the volume until recently to see what lessons were to be found within its pages.

There were quite a few to discover. For one thing, despite reading several older Marvel comics sporadically, I had not realized just how “pulpy” they could be. Several of the Iron Man comics in this compilation would have fit in well with the prose stories written by other masters of the era. “The Night Phantom Walks!,” one of my favorite issues in the compendium, could have easily served as a pulp detective story with the right tweaks.

One of the most intriguing aspects of the collection, however, was the depiction of Tony Stark/Iron Man. A playboy from a very different time period, he is unlike Robert Downey Jr.’s fantastic performance in the Marvel movies. A gentleman as well as a businessman, he takes care to make sure his employees are well-treated and gives them the respect they have earned. Far from being concerned with protecting only his wealth and money, he is driven by a need to defend the world and those who work for him from any and all aggressors who would seek to use his technology for wicked purposes.

Within these pages he is not simply “playing” superhero. Tony Stark genuinely wants to ensure the good of the world as it is and as it will be. He puts himself through an enormous amount of emotional, mental, and physical strain because it is the right thing to do with the second lease on life he was given.

This depiction of a modern entrepreneur clashes directly with that seen in much of modern media. In the current era the factory owner is more often presented as either inherently evil or offensively stupid. He is usually a miser who wants nothing but to fulfill his own vain appetites or a buffoon who has no touch with reality whatsoever.

Although these are not entirely inaccurate portrayals, neither image gives audiences a full picture of the well-to-do. The original portrayal of Tony Stark throws this into sharp relief in a variety of ways. Designed to resemble Howard Hughes, the Tony Stark of Marvel’s earlier stories shows that businessmen are quite capable of achieving and maintaining a high degree of virtue. They can be noble, selfless, compassionate, and have a strong moral center. They can also, because of their wealth, spend their time and money seeking ways to improve the lives of those around them.

None of this means they cannot make mistakes or suffer heartache, as do people who lack their monetary security. Wealth is not an insulator; it does not keep out grief, error, or selfishness. These are trials of the human heart, and there is no armor which has ever been able to prevent them from striking either a rich or a poor man.

These comics demonstrate that not all wealthy characters are automatically evil, stupid, or blind. There are many businessmen and women – in real life and in fiction – who donate time, capital, and energy to various charities or ventures in order to help those less fortunate than themselves. And they are as sensitive of honor, responsibility, and charity as those who make ten dollars an hour or less.

In the (post?) modern era, writers tend to ignore this. Due to this oversight, the current depiction of the wealthy lacks depth and dimension. While not being entirely unrealistic, it is rather stale. There is more than one type of rich man, just as there is more than one kind of poor man. To view all members of each category in the same light is to miss the palette of the human person and condition.

None of this is to say that there are not wicked entrepreneurs. There are. It is only to suggest that authors should portray a balanced view of mankind. Writers each have had (or will have) various jobs and levels of income, after all. Shouldn’t we take the time to look at the people in our profession and/or those we have personal knowledge of as people and not the stereotypes with which we have grown so accustomed?

Perhaps current writers ought to give more consideration to the earlier depiction of Tony Stark and less to the formulaic interpretation of the rich entrepreneur so popular in this present age. Variety is not only the spice of life but of fiction as well. Why not add a little zest to the modern depiction of the businessman? It could certainly do with some improvement.

If Marvel is not your cup of Joe, then perhaps you would enjoy Jon del Arroz’s Flying Sparks series, Silver Empire’s Paragons anthology, or Declan Finn’s St. Tommy Series. Pick them up today!

2 thoughts on “The Fictional Businessman – Is He a Monster or a Hero?”