For those who may not have followed the film trilogy, How to Train Your Dragon* is based on a book series by Cressida Cowell. In the course of this saga, Ms. Cowell tells how Vikings – better known to history as Norsemen – trained, rode, and hunted using dragons. Her final book ends with an explanation of why there are no more dragons in the world.

Part of the deal Dreamworks made with Ms. Cowell was that the movies based upon her work would have the same ending as the novels. By “the same,” however, the films’ writers in fact meant “similar.” I have it on good authority that Dreamworks ended their trilogy in a different manner than the books, although both series do indeed “explain” why there are no more dragons on Earth. They simply do it in separate ways.

One of these disparate methods is quite apparent in the series’ new Christmas special, How to Train Your Dragon: Homecoming.* Set ten years after the third film, How to Train Your Dragon: The Hidden World*, this story shows Hiccup and Toothless as proud, capable fathers. Astrid and the Light Fury are also presented as highly competent mothers and loving wives who complement their husbands very well.

It is rare to see such treatment of parents in fiction these days. Many current stories present fathers and mothers in various stereotypical roles, but HTTYD: Homecoming eschews this path. The result is a truly spectacular portrayal of the family, one that prospective authors may wish to study while they enjoy themselves. 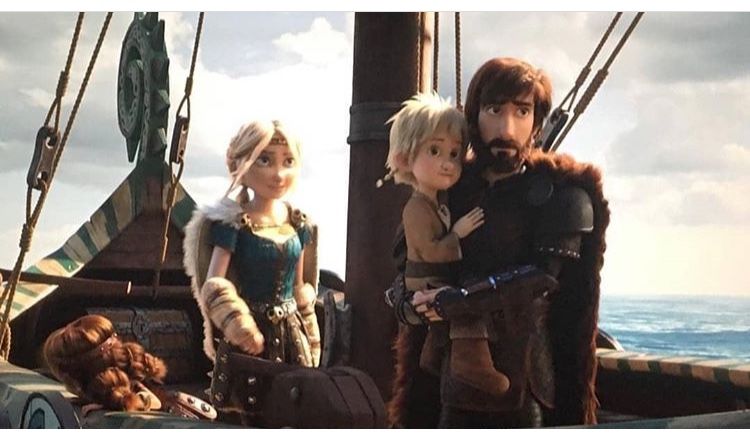 This leads us to another impressive element of the short film: the writers’ treatment of the couples’ children. Theirs is a genuine, authentic depiction that this author has not seen in at least a decade. Hiccup and Astrid’s son, five-year-old Nuffink, has an excessive amount of energy which he usually burns off by running headfirst into nearby items or knocking his head against furniture. Eight-year-old Zephyr, meanwhile, has her father’s creativity. This means he is both proud and chagrined as her inventions leave him sore or dangling.

She has also, however, reached the age where she feels her parents’ may not be telling her the whole truth and nothing but the truth. Learning about her ancestors’ fear of dragons, she sets out to ‘dragon proof’ her family’s house in case any of the creatures show up for the holiday. While irritating to a degree, her reaction is quite understandable and a natural progression of character, as it shows the beginning stage of independent thought. Although it has led her to the wrong conclusion, it does prove that she is starting to think more expansively than she did when she was younger.

And then there are the adorable Nightlights, the three dragonets of Toothless and the Light Fury. These young dragons are as impish as their human counterparts and get up to all sorts of trouble during the course of the story. Although the younger Nightlights prefer to spend their time play fighting, they do show interest in their father’s depiction of his human friend. 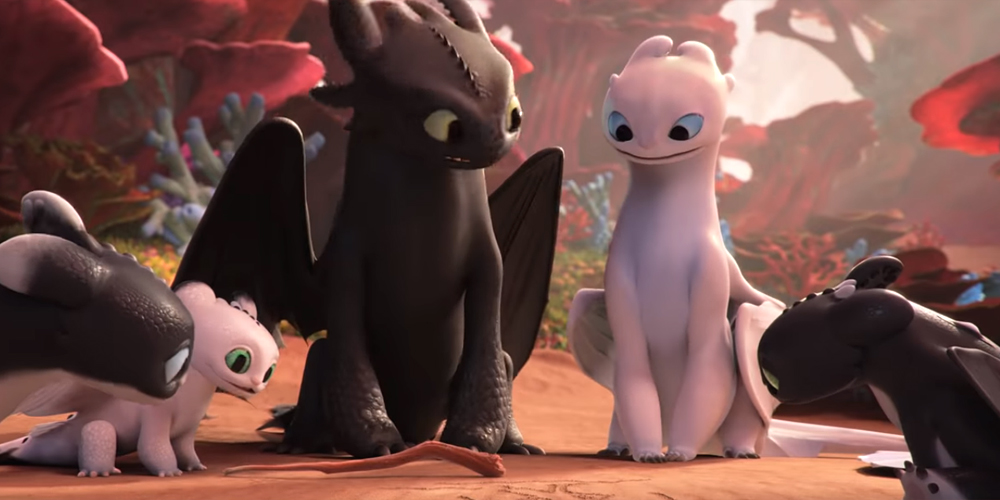 But it is the oldest and most mischievous Nightlight, known to some fans as Eclipse, who decides he has to learn more about humanity. Leading his siblings to New Berk, he watches in fascination as the Berkians put on a pageant showing how men and dragons became allies. Of the dragons in Toothless’ family, he is perhaps the one who best understands how the bond between his species and mankind began and how it can grow.

The episode is a master class for future authors seeking to write stories which include families or who want to work in and settle minor domestic disputes during the course of a tale. No enormous arguments break out, and all the problems are solved in satisfactory manners that make sense. The drama and comedy is real but not overbearing, as it so often is in other modern stories.

The film also ably demonstrates a method in which storytellers may give beloved protagonists a fitting exit. How to Train Your Dragon: Homecoming proves that “happily ever after” does not require sugary scenes and perfect, white picket fences. All it does require is a sight of the protagonists enjoying the rewards of their hard work. Following all their efforts to achieve peace, Hiccup, Astrid, and Toothless finally receive the benefits of the harmony they have sought so determinedly to gain.

There is nothing sad or unrealistic in Homecoming. On the contrary; nothing could be more happy or lifelike. Enjoy Homecoming, future writers, and the lesson it has to teach. Above all, have a very Merry Christmas and a Happy New Year!

If you like dragons, then you might want to pick up Cirsova’s Summer Special. The cover story “Halcyon” features dragons allying with humanity to defeat a threat that spanned the galaxy. It will make a great Christmas gift for any dragon-lover!