For some reason, this article always makes me think of the Three Wise Men. I suppose it has something to do with a story someone read on the radio once. It was a Christmas story, and it described the way myrrh or frankincense had to be harvested.

Although the phenomenon described in the link below does occur around the world, it has little to do with either frankincense or myrrh. While it is not enough to mint or mine, scientists in Australia have discovered that there are eucalyptus trees which have drawn in gold particles through the water, which passes through ore veins hidden well below the surface. These particles are invisible to the naked eye and can only be seen via X-Ray technology.

Learn more about this fascinating find below, readers: 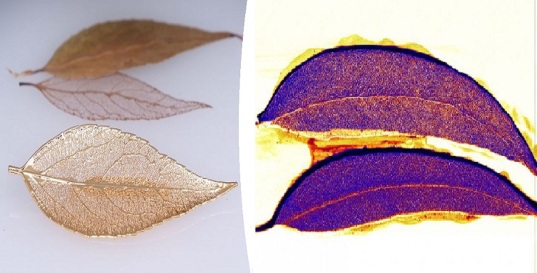 Scientists Discover Gold Literally Growing on Trees in the Outback

Money might not grow on trees, but scientists have confirmed that gold is found in the leaves of some plants.

Scientists from Australia’s national science agency, the Commonwealth Scientific and Industrial Research Organisation (CSIRO), have proved that the leaves of certain eucalyptus trees contain minute amounts of the precious metal that have been naturally absorbed.

Eucalypts in the Kalgoorlie region of Western Australia and the Eyre Peninsula in South Australia are drawing up water containing gold particles from the earth via their roots and depositing it in their leaves and branches.

One of the authors of the paper, the CSIRO geochemist Dr Mel Lintern, said some eucalyptus root systems dived down deeper than 30m, through much of the sediment that sits on top of solid ore-bearing rock. The tree acts “as a hydraulic pump … drawing up water containing the gold”, he said.

“As the gold is likely to be toxic to the plant, it is moved to the leaves and branches where it can be released or shed to the ground.”

2 thoughts on “Gold…Growing on Trees?!”