Check out this amazing bridge design created by that maestro of the Renaissance, Leonardo da Vinci: 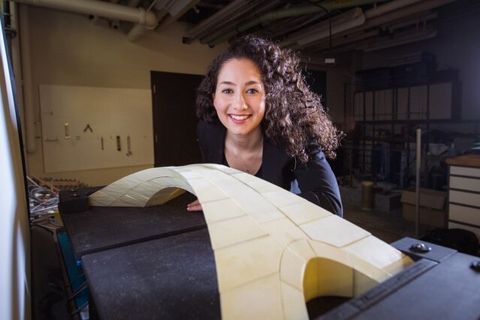 If accepted at the time, the design would have likely revolutionized architecture.

Researchers at MIT have proven Leonardo da Vinci correct yet again, this time involving his design for what would have been at the time a revolutionary bridge design. Although clients rejected da Vinci’s work at the time, over 500 years later, the researchers have proven that his bridge would have worked.

The famed Renaissance Man made his living working with wealthy patrons—people like Ludovico Sforza, the Duke of Milan, who commissioned his painting “The Last Supper.” But da Vinci did not want to limit himself to Italian patrons. When Sultan Bayezid II of the Ottoman Empire put out a request for proposals for a bridge connecting capital city Constantinople (now Istanbul) with its neighbor city Galata, da Vinci was eager for the chance to win the contract.

Da Vinci’s proposal was radically different than the standard bridge at the time. As described by the MIT group, it was approximately 918 feet long (218 meters, though neither system of measurement had been developed yet) and would have consisted of a flattened arch “tall enough to allow a sailboat to pass underneath with its mast in place…but that would cross the wide span with a single enormous arch,” according to an MIT press statement. It would have been the longest bridge in the world at the time by a significant measure, using an unheard of style of design.