There were fears that the military would begin phasing out the A-10 Thunderbolt – affectionately known as the A-10 Warthog for its ugly appearance – this year by not replacing the wings on forty percent of the planes. Luckily, the Pentagon approved plans to exchange the old wings for new ones. So the A-10 will be here to stay for some years yet.

Personally, I hope this magnificent bird does not get her wings clipped at any time in the coming two or three decades. She has more than proven her worth in the past, and she seems to have quite a bit of life left in her. As the meme above shows, the plane is also highly regarded by the military she serves. It would be a shame if they had to stop relying on her – especially before she is actually ready to step aside.

So in closing, this is all the author has to say about the matter: “Long live the Warthog!!” 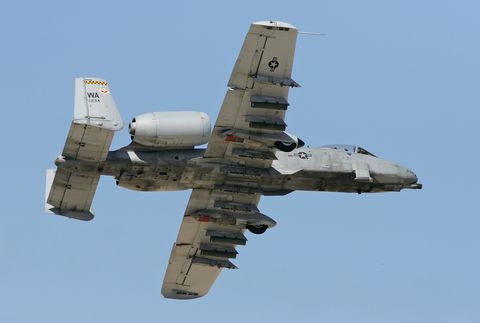 The A-10 Warthog Lives To Fly Again

The U.S. Air Force has awarded Boeing a contract to manufacture new wings for the A-10 Warthog. The jets, most of which date back to the 1980s, were in danger of being permanently grounded unless their aging wings were replaced. The new contract means the service’s entire fleet of 281 ground attack jets will get new wings, allowing them to fly through the 2030s.

The A-10 Thunderbolt, or “Warthog,” as it is affectionately known by everyone from pilots to ground troops, was the first U.S. Air Force aircraft purpose-built as a ground attack aircraft. The A-10 is designed to provide close air support to troops on the ground, knocking out tanks and strafing enemy troop columns threatening friendly forces.