Have you ever wondered if a way could be found to take out an enemy target without putting civilian lives in danger? Well wonder no more, writers and readers, because there is. It does not work in every case, of course, but it is certainly effective when used in the proper circumstances.

Developed in 2011, the aptly nicknamed “Ninja Bomb” is a modified Hellfire missile that does not explode upon impact. Instead it deploys six blades seconds before landing. These blades and the missile itself take out the target – and anything near it – without exploding. Known by the alternate moniker “the flying Ginsu,” the bomb leaves behind a much smaller mess than a missile strike and is much more accurate. It isn’t perfect and cannot be deployed in all cases, but it is very effective, as this article demonstrates: 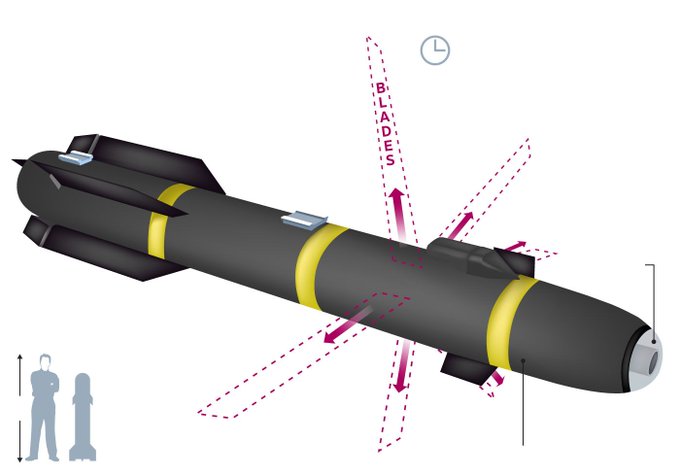 The U.S. has secretly developed a missile capable of highly precise airstrikes to kill targets without an explosion.

The Department of Defense and the Central Intelligence Agency (CIA) have both used the missile – a modified Hellfire missile dubbed R9X – as a means to take out highly sought targets while minimizing civilian casualties, and safeguarding the missile’s secrecy, the Wall Street Journal reported Thursday.

The missile works in such precision due to its warhead that is designed not to explode, but to drive the missile through cars and buildings and straight into the target without ever injuring nearby persons or property.

Each warhead contains six blades that are designed to deploy in the seconds before impact, which tear through its target and anything immediately surrounding it, such as bodies, buildings, cars and other materials. It leaves little more than an entry hole torn into the roof of a car, unlike exploding missiles that leave burn marks and surrounding damage.

4 thoughts on “No Longer a Secret: The Ninja Bomb”