Talk about a navigational error! It’s not every day that ten ships wreck on the same reef, but that is what happened off the coast of Grand Caymen in 1794. Without the islanders’ quick action, many of the crew and passengers would have died. Amazingly, there were only six fatalities in the incident.

A curious legend was born of this collision and enormous rescue mission as well. But since I don’t want to give away the story, you will have to read the article below to learn more about the Wreck of the Ten Sail. And it is worth mentioning that this is why it is always best to know exactly where you are, and where you are going! 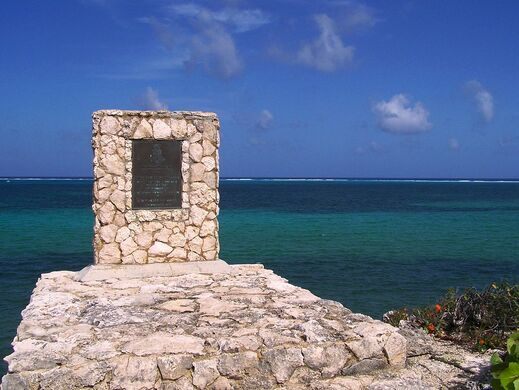 Wreck of the Ten Sail

On the evening of February 7, 1794, a convoy of ten British ships en route from Jamaica met disaster on the treacherous reefs of Grand Cayman. The Royal Navy frigate HMS Convert led a group of nine merchant ships, six of which were bound for England, three for the United States. The Convert’s captain, John Lawford, went to bed on that evening believing he had already safely passed by Grand Cayman. Unbeknownst to Captain Lawford, during the night six ships in his convoy sailed ahead of the Convert on a course which sent them directly towards the Cayman reefs. At 3:00 AM, one of the ships fired a distress signal and Lawford returned to the deck to discover that his own ship was now bearing down on the reef as well. As Lawford attempted to change course another ship in the convoy collided with the Convert driving both vessels onto the reef where they quickly foundered.

One thought on “The Largest Known Shipwreck in History”