“The Beauty of Xiaohe,” as this red-headed female mummy is known, was the first of the Tarim Basin mummies that this author learned about. Ever since that first article detailing the discovery of European mummies in China, she has maintained an interest in it.

Unfortunately, however, this has not translated into constant monitoring of the archaeologists’ progress. I am going to have to keep a better eye on their work going forward, something I should have done previously. Their discoveries could help us understand parts of China’s history that have been lost to record.

Click on the link below to learn more about these fascinating mummies, readers: 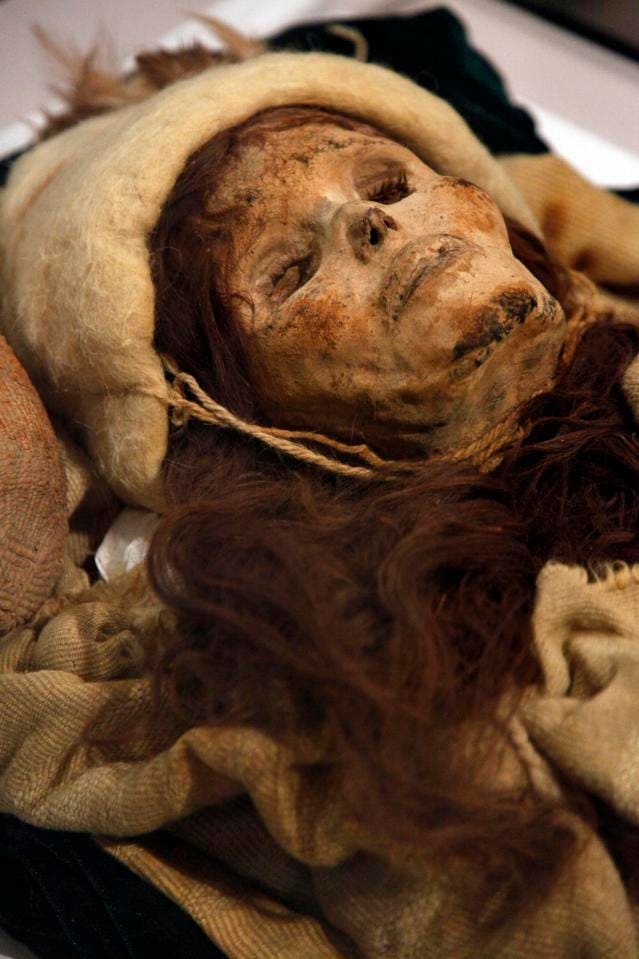 Within a nondescript Bronze Age cemetery first discovered by Swedish archaeologists in 1934 and rediscovered by the Xinjiang Archaeological Institute in 2000, researchers have found the oldest and best-preserved mummies in the Tarim Basin area of China. Their skeletal remains, along with unprecedented artifacts, are helping solve the longstanding question of the origins of human settlement in a politically contested area of China.

Contemporary occupants of the Tarim Basin, a geographical area in the Xinjiang Uyghur autonomous region of northwest China, are both biologically and culturally diverse.  The region borders numerous countries and was historically a part of the Silk Road trade route between the West and the East, so people and artifacts have moved through the Tarim Basin for thousands of years. But the origins of the inhabitants of the basin have been questioned.

One hypothesis suggests that the earliest settlers of this part of Asia were nomadic herders from the steppes of Russia and Kazakhstan, while the other suggests that people came first from the oases of Bactria, or modern Uzbekistan, Afghanistan, and Turkmenistan. While both hypotheses have support in archaeological findings such as burial customs, clothing styles, and animal bones, previous genetic evidence from human remains, which came from a cemetery called Gumugou on the eastern edge of the Tarim Basin, was inconclusive.