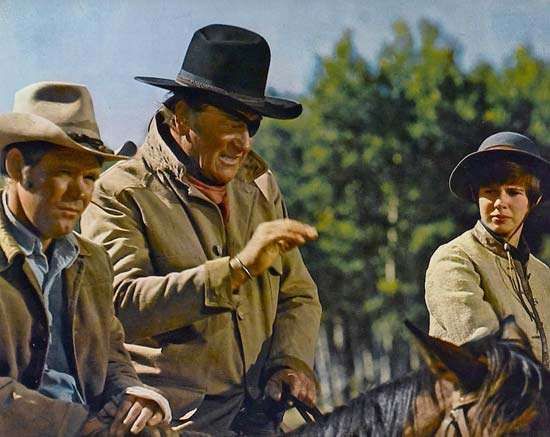 Following the lead of last week’s post, we come to this point: how often should the heroes in your fiction use foul language? I am being perfectly serious, readers and future writers. Some of you might have noticed that there are no curse or swear words in my articles here. Generally, this author avoids doing it when speaking and thinking as well. (I’m human; I slip sometimes.)

Why do I avoid this practice? Is it because I am a Catholic Christian? That is certainly part of it. Abusing the Almighty’s name is a deadly sin, and this means that it is no game to use The Holy Name outside of prayer. But it is not the whole reason why this author prefers to avoid swearing, cursing, or using foul language. Foul language is just that – foul. It is not and cannot be equated with cursing or swearing, since those who use it are just saying filthy words to express anger, pain, distress, or a lack of intellectual competence.

No, most of the reason this author does not do any of the above is because she learned at a young age that foul language is the hallmark of ignorance. As an example, just think of those “modern” heroes and heroines who do nothing but spew crass appellations during the course of a film. If that is all that they can think to say in moments of calm or battle, it reveals them as unable to reason or think beyond a surface level. Deep down that character is shallow. An exchange of vile insults and language demonstrates that the person speaking has a limited vocabulary. This in turn implies that the character has a restricted intelligence and is in fact an insult to the audience. Reducing his repertoire of words to four or five particular phrases or words means the protagonist has narrowed his capacity for thought and understanding.

It also shows a lack of culture and knowledge. A fictional heroine who uses vulgar epithets too often displays ignorance and a lack of elegance; such behavior suggests that she cannot think or speak of the higher things in life, only the lower. She is looking up at the gutter, awash in the refuse of existence, instead of chasing the stars.

As proof, just consider the second Guardians of the Galaxy film, or the first five Transformers movies. Guardians, Vol. 2 is more understandable than the latter because the characters do not use near as many foul epithets. But watch any one of the first five Transformers films, and this propensity toward vile language on the part of the protagonists makes it hard to understand a good bit of the dialogue in the movie. The reason for this is that such “dialogue” is too narrow to encompass the full breadth and depth of the story. Rather than language being used to facilitate a smooth trading of information, knowledge and understanding, a viewer of the Transformers’ films is bombarded with mental and verbal mud. The only thing that is truly clear in these films is that the protagonists and antagonists are irate, frightened, and/or self-important mental midgets.

Rocket’s list of foul insults to Taserface in Guardians 2 was not much better. It seemed to switchback and retread previous territory more than once; although it was clear that Rocket wanted to anger Taserface, the method to his madness was more than a little muddled. The writer(s) could have used this moment to show the audience that Rocket is much smarter than the Ravager by having the Guardian use insultingly sophisticated words; instead, the hero “dumbed himself down” to Taserface’s level. As a result this scene, instead of sparkling with the hero’s sharper wit and keener intellect, feels flat and bland.

Contrast these films, future writers, to the original True Grit starring John Wayne, Kim Darby, and Glen Campbell. The dialogue in that film is of a much higher, clearer caliber than many movies of its time as well as the vast majority of those produced today; while it includes a moment of vulgarity that moment is actually, definitely in character in situ. But in this film even the villains of seemingly low intellect speak articulately, showing that they know to make themselves understood. The heroes and villains are thus able to communicate with one another and the audience in a sophisticated manner that makes everything they say and mean plain.

This is why Rocket’s viler screeds in the second Guardians movie tend to rush past the ear, whereas Rooster Cogburn’s speeches do not. His refined patterns of speech drive his words home forcefully without the aid of vulgarity, which he only resorts to on one occasion. One of these two characters shows his style and class by speaking well to those he confronts, while the other demonstrates a complete lack of both in his dialogue.

Admittedly, Rocket may be a poor example in this case, since he began life as an animal. He only gained intelligence and a semblence of reason through repeated illegal experimentation. To a degree, he has an excuse which may allow him to get away with this behavior. This is not the case for most of the characters in the Transformers films, especially the Autobots. There is no rationalization one can make to shield them; neither can one claim that they use vulgar language because most humans do. Many humans actually do their best not to use foul language in public settings, and the Autobots’ study of mankind’s communications and entertainment would show this. There is a reason Bumblebee often quotes John Wayne; the dialogue was much better and more elucidating then.

The majority of the human characters in the Transformers franchise need not spout as much vile language as they do. They have all received a greater education than Rocket has and, therefore, they should know how to express themselves in a more concise, articulate way. Yet the writers for these movie scripts continue this level of vulgar banality in the name of being “realistic” or making the story “relevant” to moviegoers. However, as we have just seen, such diatribes of filth are neither realistic nor relevant because they convey so little. Constant use of, or an addiction to, foul language reduces a person’s ability to communicate clearly and well. It also makes them less thoughtful and understanding.

In order to prove this I ask you to remember Rocket’s friend, Groot. In the films there are only three English words that he can speak: “I am Groot.” Substitute those three words with three profane ones you know; make a sentence, if you can, out of them. How coherent, understandable, and clear is the sentence you just created? Not very, is it? This means that it probably would not communicate anything to most people, many of whom would chide the user for such language while missing the speaker’s point entirely.

Now write a speech for a book, short story, or film script where every fifth word is a vulgar one. Then sit back and look at it from the point of view of a general audience. How much does this speech reveal about the plot or situation in which your hero/heroine finds himself/herself? If your heroine is a scientist giving an impromtu lecture to a group of students hiding in a research lab basement from aliens, and she starts spewing such language while explaining the situation, how many of those kids are going to understand these broken sentences? Or if your hero is in the middle of a firefight, yelling orders to his compatriots, if every fifth word he speaks is foul one of his fellows may/can misinterpret a signal. This could lead to the doomsday device being set off early, or someone blowing up the wrong target because his commander did not specify which object he wanted destroyed. 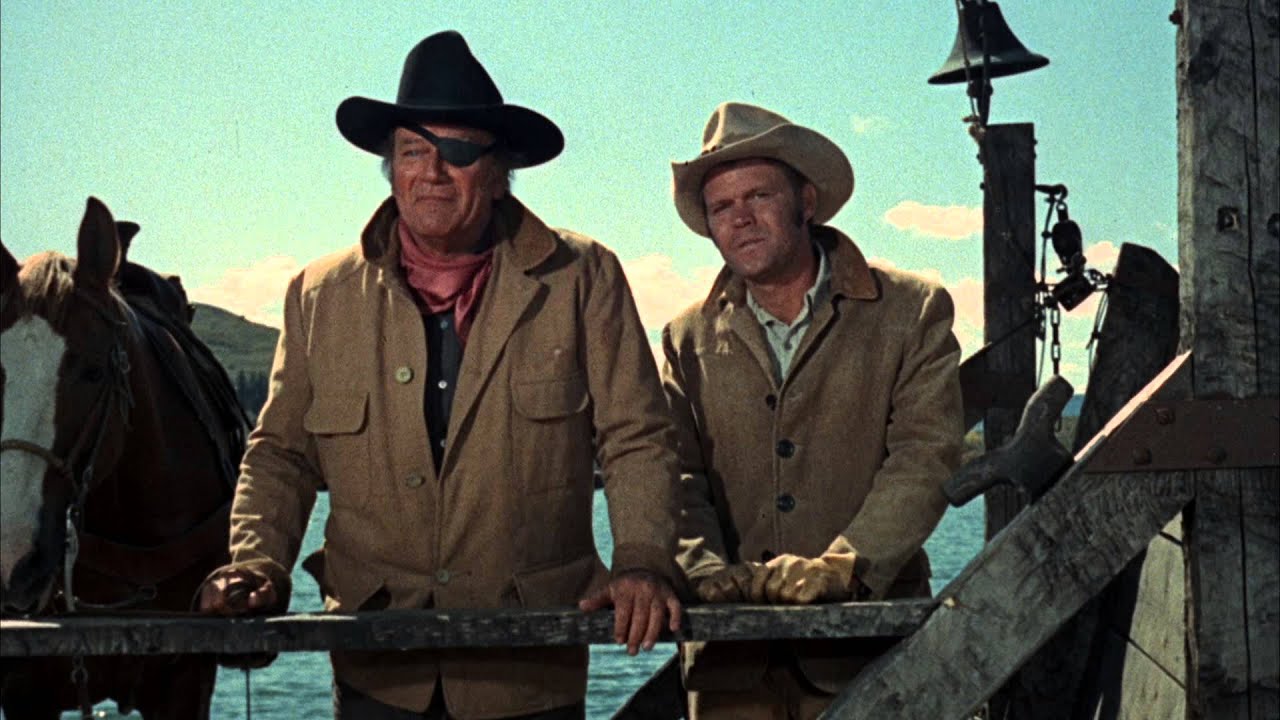 Before anyone protests, I have to add that there IS a cause for some uncouth language in a piece of fiction from time to time. While some wish there were no foul epithets in fiction, there is a place for vile language therein. True Grit contained a sprinkling of coarse speech which did not harm the story or the characters in it, and Cap called Fury an SOB in Age of Ultron. Some might argue that he should not have done this or did not have to do it. But what other phrase would have conveyed Steve’s mingled respect, irritation, relief, and anger all in one go? There might be a few variations on the expression that Whedon could have used, but none of them would have made the point quite so well or been so authentic. Using crude language on these occasions did the job. Using rude terms is, occasionally, apt to get a point across to another party in both life and fiction. If the shoe fits, wear it, as the saying goes.

But in fiction and in life, foul language is best used in moderation. An author who saturates her fiction with such speech will gain only a minor audience, mostly because she has proven she cannot communicate coherently or think clearly. If all a writer can do is to have her characters speak in this unsophisticated code, most readers will not put up with it because they cannot understand what is being said between the constant, abusive diatribes.

I use the word “abusive” for a purpose; though no protagonists in a story with an oversaturation of invectives may physically/mentally/emotionally assault others, language itself is being ill-treated in such a scenario. Verbal communication is an extension of thought and, as we have just seen, two-way foul rants exchange nothing substantial. All they convey to the other characters and the audience are shallow, vague impressions.

Future writers, no one should want this to be their legacy. If we want to be remembered, then let us work to be remembered as people, not beasts. Foul language has its place within life and story, but it should not be the center of either. To treat it as such demeans the tongue we speak, the person/people whom we address, and ourselves.

Let us then endeavor to show our heroes and heroines communicating as a reasonable human being should, rather than as Neanderthals might. Our audiences will be more pleased to accept such dialogue, I believe, rather than they would if we were to imitate Transformers I-V or Guardians of the Galaxy II in this area.

2 thoughts on “To Curse or Not to Curse – How Often Should Your Heroes Use Foul Language?”