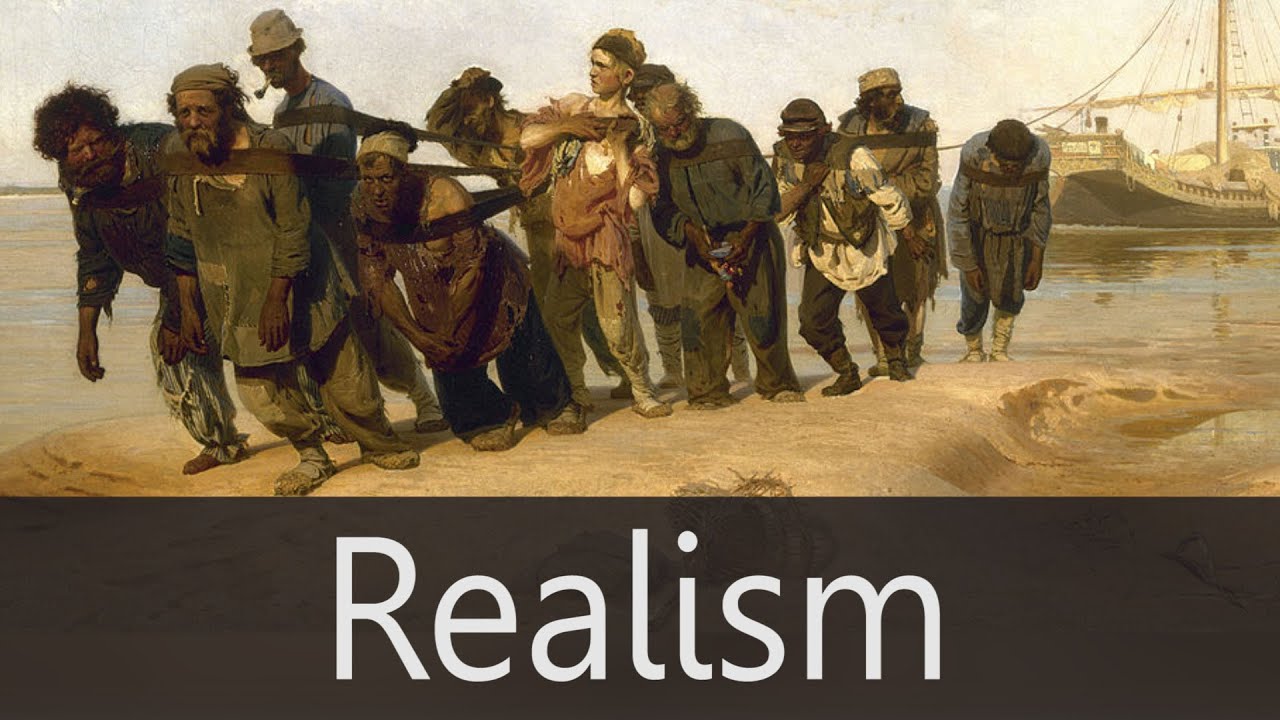 This article is the second in a four part series which defines the four major types of fiction.

Last week we discussed modern Romanticism, its origins, dangers, and examples of what makes a Wise Romantic and a Blind Romantic. We also discussed how Blind Romanticism praised the ideal situation over the real one to such a degree that the illusion became reality for many practioners. We will now see how this continues to cause difficulties for modern authors and readers.

The transcendentalists’ (Blind Romantics’) blithe disbelief in the absence of evil could not last for the simple reason that many of us often encounter evil in some form or another during the course of our lives. There were those at the time who, while subscribing to the transcendentalist viewpoint, had such a meeting with darkness. This meeting, depending on its gravity, stripped these people of their naïve attitude. Thus disgusted with the excesses of the Blind Romantics, they and others who had already seen these evils turned away from the Via Romantica.

Authors in this group decided they only wanted to include what was “real” and “true” in their stories. They insisted on “keeping fiction real,” if you will, by writing stories about ordinary people in tedious circumstances doing bland jobs. Subsequently, these authors became known as Realists, and their writing style came to be known as Realism.

This is how Blind Romanticism, the rampant materialism of the Industrial Age, and, finally, the depredations of World War I have hurt authors in modern times. The blithe assurances of the transcendentalist writers – which allowed no evil and saw man as his own deity – clashed violently with the reality of sin in a fallen world. For instance, how can the rape and disfigurement of a woman resolve itself into something good? Or how can a murder work itself out into good? How can the carnage caused by mechanized warfare be good in the end? Those who have endured these events might find good in their lives later on, but that will not change the evil of the rape, the murder, or the War.

Herman Melville was one of the first authors to recognize this in his novel Moby Dick. His is not quite a Realistic work, though it comes rather close, in my opinion. Melville’s novel is studied, discussed, and widely read now, but when it was written it bombed. It bombed because the general populace did not appreciate Melville showing them that all things do not become good in the end. He showed them evil as it was: stark, terrible, and powerful. It cost him his popularity and drove him to the edge of poverty for the last years of his life.

The great white whale in his story, Moby Dick, is representative of evil. Melville is not castigating whales, whalers, or whaling in general in his novel; he is exposing the fact that the transcendentalists were Blind Romantics. He had tried their philosophy and found it unsatisfactory; Moby Dick was where he told the world the transcendentalists had it wrong. Few appreciated that at the time, and not too many people appreciate it now, for different reasons. But eventually the world did come to recognize that Melville had a point.

Melville, as I said, was not quite a Realist. The “movement” toward Realism in modern fiction began later with authors like Henry James, William Dean Howells, and “Hannibal” Hamlin Garland. Still, all four of these authors did their best to show life as it was at the time, and not as they wished it to be.

Garland stands out from the rest because he raged in his works against the socio-economic problems of Mid-Western farmers. Having grown up in the rural Mid-West, he saw the unpleasantness and hardship the farmers endured firsthand. When he became an author, Garland demanded a solution to these troubles but had no ideas of his own to offer. You remember those people who, I said, escaped the dragon in last week’s post and went on to tell others that he was not a “wise serpent” but a monster? Some of them, like Garland and Melville, became Realists.

In its own way, Realism can be almost as bad as unbridled Romanticism. Realism is a helpful temperance measure for Romantics like Tolkien, who recognized man’s fallen nature and did not gloss over it or cover it up in The Lord of the Rings. And contrary to the complaints of many, the Romanticism in the first three Star Wars films was tempered by Realism. Romanticism mixed with Realism is the best kind of fiction there is, and we will discuss why this is so later on.

There are many examples of Realism in modern fiction. Most noir films are Realism on steroids. The ending of Chinatown – where Jake is prevented by his cynical friend from stopping evil because “it’s Chinatown” and you cannot end all the iniquity in it – is unbridled, or Pessimistic, Realism. Realism of this sort typically ends a story in about the same place it started. For instance, where a Romantic, Wise or Blind, will finish his story with a wedding, the Realist will go in the opposite direction. The Realist will start his story with a wedding and then show the couple bickering over some matter, whether it is an important one or not. It is likely the Realist will end his tale with both parties either cheating on each other or continuing on in an unhappy situation for the rest of their lives.

Pessimistic Realism holds most of the contemporary literati as its willing thralls. It is this kind of Realism which gave us Maleficent, where King Stephen is depicted as the scum of the Earth for stealing his faerie lover’s wings instead of killing her, which he swore to do. That actually makes him doubly evil, believe it or not; he broke his oath to his king and destroyed Maleficent’s innocence. It gave us Into the Woods, which I have not seen all the way through but which definitely qualifies as unrestrained Realism.

Realists like James and Howells originally tried to look at life face on, seeing both the bad and the good in equal proportion. Over time, though, pessimism won the hearts of most Realists. This is probably because some of these authors expected more joy out of life than they received. Being thus disappointed, like those who escaped the “wise serpent”/dragon mentioned last week, they began to make everyone else’s lives miserable by saying “happy endings only happen in fairytales.”

From there, they moved on to the position of Patrick Dempsey’s character in Enchanted. It is a stance we are all familiar with, and its mantra reads something like this: “Happy endings in fairytales are only lies we tell our children to spare them the knowledge of how bad life can be.” Therefore, it is implied, the sooner we stop lying to them, the better off our children will be.

One of the Pessimistic Realist’s excuses for telling dark, uninspiring tales is that normal life is hard, boring, and dull. For whatever reason, many Realists are unwilling to see the beauty in life and the complexity of the individuals around them. Where the Romantic seeks to encourage men to live with stories of spiritual aspiration, the Realist often removes the spiritual aspect from his fiction. In doing so he strips reality of the truth, which often leads him to regard life as a machine no one can operate or control.

Realism of this type insists on portraying human life as it thinks it is, showing little to no improvement for the “average” men and women of a given time and place. This is not only a negative view of the universe, it is a false one. Man is fallible and prone to sin, yes, but by God’s grace he can reach heights of glory and wonder he could never dream of touching if he were relying on his own weak nature.

This is what makes Realism, in some ways, more dangerous than Romanticism. Where Romanticism naturally lends itself to encouraging viewers/readers/writers to reach for the stars, Realism’s eyes are more readily dragged down into the morass of human failure. In doing so, Realism and its authors lose the will to inspire others to live, to be better tomorrow than they are today. Realism is therefore at its best when it is guiding Romanticism in telling a story. Without this aid, it quickly degrades into its ugly counterpart, Naturalism.

Naturalism will be covered next week, and after that will come a post about how other authors have safely combined Romanticism and Realism in fiction. For now, suffice it to say that I do not ascribe to the brutish drudgery of the Realistic view. The forest is dark, but between the branches you can see a star or two twinkling above the gloom.

To lose sight of those stars is almost as bad as being devoured by a man-eating dragon, readers and future writers. When you stop looking at the stars, you stop hoping, and hope is one of the elements most necessary for survival in this world. To lose it is to destroy one life. To deny it to others magnifies the transgression and is one of the greatest crimes man can commit against his neighbor.

My bit of advice today is that you should do your best to avoid Pessimistic Realism, future writers. It does not help anyone or show them what “real life” is like. It makes them want to stop living, and that is not what fiction – or its authors’ – should do.

If you liked this article, friend Caroline Furlong on Facebook or follow her here at www.carolinefurlong.wordpress.com. Her stories have been published in Cirsova’s Summer Special and Unbound III: Goodbye, Earth, while her poetry appeared in the now defunct Organic Ink, Vol. 2. She has also had stories published in Planetary Anthologies Luna* and Uranus*. Order them today!
*These are Amazon affiliate links. When you purchase something through it, this author receives a commission from Amazon at no extra charge to you, the buyer.

2 thoughts on “The Four Types of Writing, Part Two: The Method of the Realist”